As a rule, they look like rings, circles, spirals, or even complex patterns. The latter are usually formed by straight lines, circles and other figures. The first mention of this mysterious phenomenon, albeit a very controversial one, is in the pamphlet The Devil Mower, published in 1678.

It is also believed that agriglyphs are described in the fairy tale “The Little Humpbacked Horse” by Pyotr Ershov, which was published in 1834. Agriglyphs vary in size, some of them are so large that they can only be seen from an airplane or helicopter. But how and why do they appear?

Despite the fact that this phenomenon has been studied for decades, and even though there are entire communities involved in the study of crop circles, there is still no answer to this question. There are a variety of hypotheses, from frankly absurd to quite deserving of attention.

Despite the fact that the first mention of crop circles, as mentioned above, dates back to 1678, according to Australian Geographic, the phenomenon was first recorded in 1966, when an Australian farmer in Tully claimed to have seen a flying saucer, allegedly taking off from marshy terrain. When he went with other farmers to explore the area from which the UFO allegedly took off, he found a circle formed by crumpled grass. 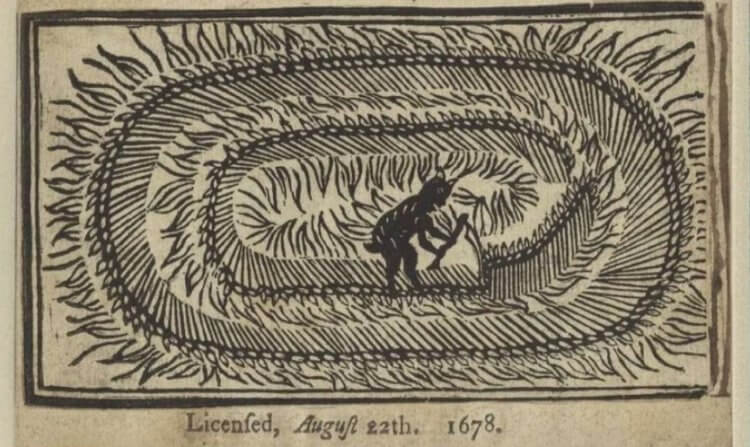 However, according to Australian Geographic, the circle could have appeared as a result of unusual animal behavior. In addition, many experts generally refuse to consider this case the first evidence of the emergence of agriglyphs.

As in the case of the “Devil Mower”, the mention of circles in this story is indirect. This case can rather be called another evidence of a UFO. In addition, the circle arose on wild grass, and not on a field sown with a certain crop.

In fact, the first true crop circles were recorded only in the 1970s. But the cases of their appearance became especially frequent only in the 80s and 90s of the last century.

Moreover, according to the data in the Nature article, the circles during this period of time became more complex, representing various geometric patterns. Almost all of them were recorded in England. According to experts, one of the most complex and spectacular agriglyphs was recorded in July 1996 in the Wiltshire countryside, not far from the famous Stonehenge.

These circles are called “Julia’s set”. If simple agriglyphs can be explained by some kind of weather phenomena, then the intellect of its creator (or creators) is clearly traced in the “Julia set”.

According to eyewitnesses, this circle appeared in less than an hour, and during the daytime. If this is indeed true, which cannot be completely certain, the hoaxers would have been unable to cope with such a task. 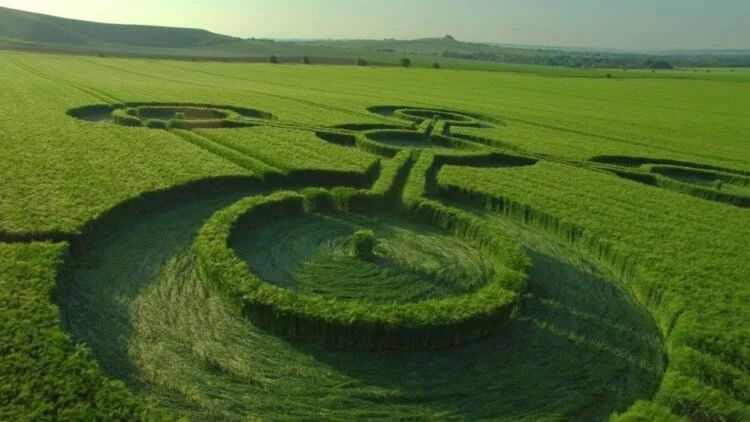 There are many theories about the origin of crop circles

First of all, I note that unlike other mysterious phenomena, such as psychic abilities, telepathy, the souls of the dead, etc., crop circles are really real. That is, the very fact of this phenomenon cannot be disputed. Questions are only the nature of their occurrence.

Surely you have heard the theory of ufologists, supposedly aliens create crop circles. But the very fact that mankind has been trying to solve this riddle for half a century, and still cannot find the answer, does not fit in with it.

Agree, if representatives of extraterrestrial civilizations really wanted to get in touch with us or provide any information, they would choose a simpler and more understandable way for us. Therefore, we will immediately discard the version associated with UFOs and messages from outer space.

According to a theory popular in the early 1980s, crop circles result from the sexual activity of hedgehogs. But then it was abandoned in favor of other versions. According to one of them, the circles are the result of small whirlwinds, which are formed as a result of strong air currents. Such eddies are not uncommon in the hilly regions of the UK. 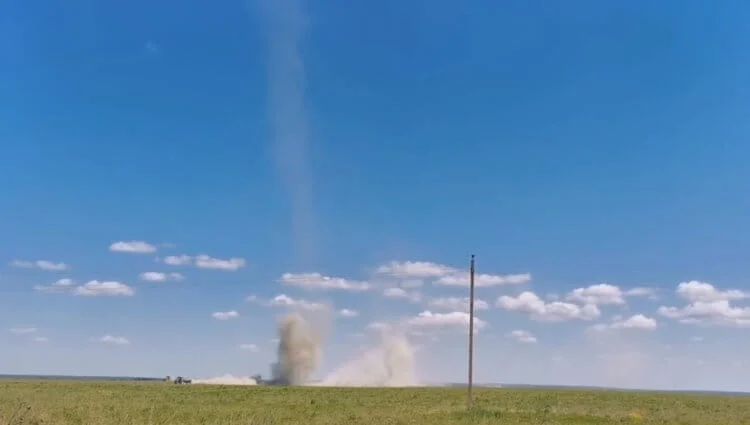 According to one version, crop circles create small whirlwinds

Some experts in the field of natural phenomena such as tornadoes even claim that crop circles create plasma swirls. The fact is that some eyewitnesses claim to have seen glowing lights above the circles. They can be caused by dust particles. Fall into a charged vortex flow, they can begin to emit light.

Some experts believe crop circles are caused by fireballs or even a type of termite. By the way, some ants sometimes really begin to massively move in a circle, forming the so-called circles of death. But in this case, the ants have nothing to do with this, since their corpses were not found in the place of the agriglyphs.

Most or even all crop circles can be created by humans

Skeptics argue that the only reason for the occurrence of circles is people. For example, in 1991, two men admitted that they had been creating such patterns with their own hands for decades. According to them, they were inspired by the above incident, which occurred near the town of Tully.

The men joked in this way and tried to convince people that a UFO had landed on the fields. True, they did not say that they created absolutely all the circles. But, quite possibly, the rest of the circles were created by their imitators. That is, the hoax could take on a mass character. 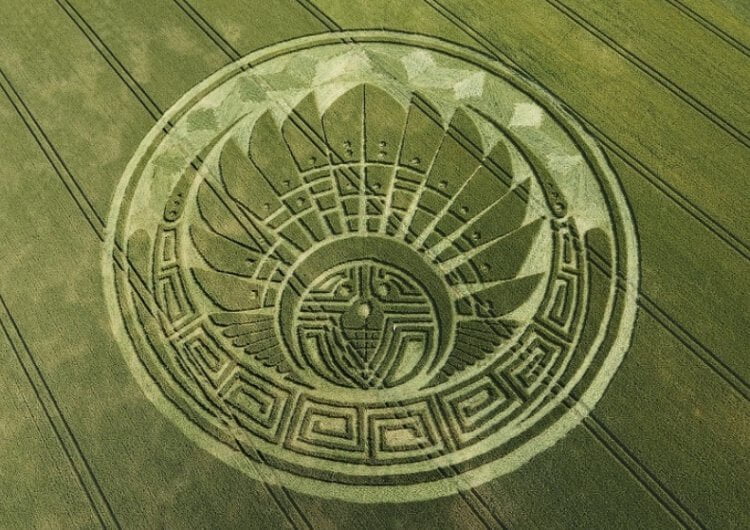 Man-made origin of some crop circles is not in doubt

The fact that circles usually appear at night also speaks in favor of the theory of hoaxers. And all of them are located near the roads. It is extremely rare for patterns to occur in hard-to-reach, remote areas. Therefore, they are noticed, as a rule, by drivers of passing cars.

This version currently looks the most plausible. However, there are still many enthusiasts around the world who continue to explore crop circles. In their opinion, not all circles are a hoax.

The proof of this is allegedly the presence of some complex changes in the structure of plants that cannot be recreated with available technology.

In addition, some circles are large and complex in design, so people could not create them overnight. Whether this is true, time will tell. Surely sooner or later, an irrefutable explanation for crop circles is sure to be found.