(ORDO NEWS) — Everyone knows the famous “Beast of Gevaudan”, this monster, which became a myth and terrified in the 18th century in the vicinity of Marvejols (Lozère).

A century earlier, in the west of Touraine, too, there was a “beast”, much more deadly than Gevaudan, since in eighteen months he claimed twice as many victims!

The first known manifestation of this “Beast of Benais”, as it was later called, occurred on February 19, 1693. On that day, the body of little Pierre Boirot, a 9-year-old boy, was found, badly mauled. 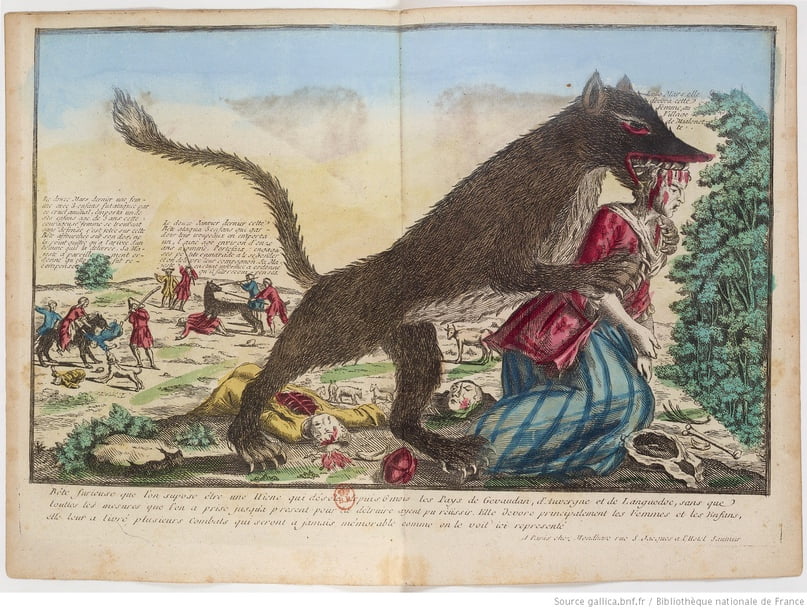 At the time, this accident, almost common in this region of forests and swamps, where many wolves live, seemed almost normal…

But a few days later, a little further north, near Continvoire, the brutally mutilated body of a 7-year-old girl was discovered Antoinette Doriant.

Then, soon, there were reports of other victims, here and there, in the parishes surrounding the forest of Benais…

This time there was no doubt: all these tragedies were caused by the “monstrous beast”.

In fact, eyewitnesses everywhere claimed to have seen him and described him in great detail. In the minds of most people, he was necessarily an evil being!

The various hunts that were organized did not give the desired effect, and as the weeks went by, the list of unfortunate victims became longer and longer. No one dared to go out into the village, let alone into the forest…

The arrival of Lange paid dearly to the “monster”: in three days (November 29-30 and December 1), the “beast” killed three people. Two weeks later he did it again, all in the same Lange, killing three more people! 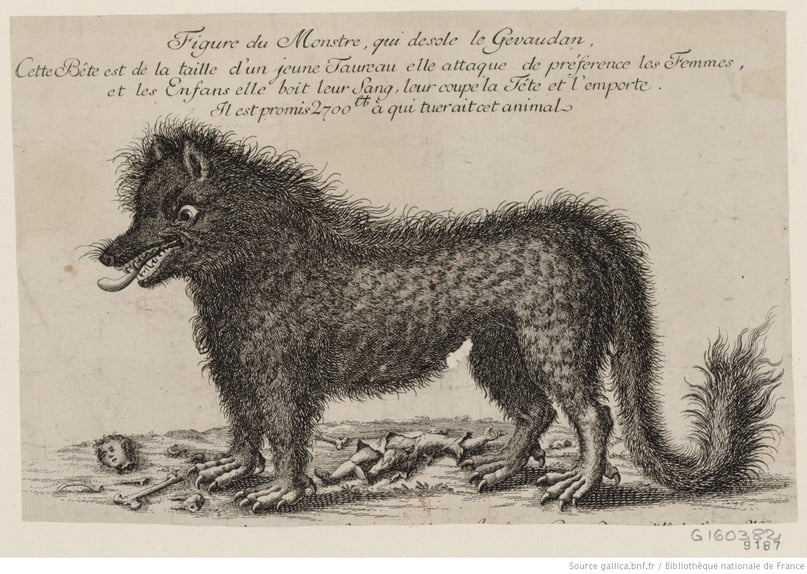 Desperate, the inhabitants of the region no longer knew which saint to turn to. Under the guidance of the local clergy, they increased their processions and prayers.

Finally, Heaven, having remained deaf for a long time, seems to have finally heard them. In early August, the massacre stopped, although no one knows why.

Then you can try to summarize.

The parish priest of Varenna gave a figure of 250 victims of the “Beast of Benais”. The Beast of Gévaudan, on the other hand, had only a hundred victims over the course of three years, that is, an average of “only” three victims per month!

Why, then, did the “Beast of Benais” not achieve the glory that was awarded to the “Beast of Gevaudan”? Perhaps it was wrong to show up too early, at a time when the news was still difficult to spread… 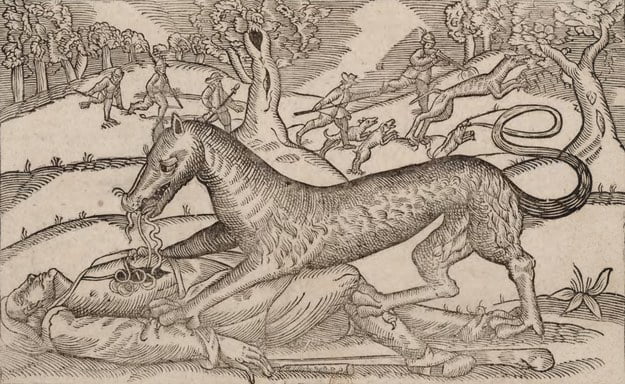 In any case, we still don’t know what this famous “beast” really was. According to the descriptions of eyewitnesses who saw him and survived, you can make up his general appearance – a huge beast that looks like a wolf in its appearance.

Who knows what it really was – a werewolf, an alien hound “Chupacabra” or just some kind of wolf mutated to unimaginable sizes…

An unknown creature crawled out of the sand

Market for electric vehicles is predicted to collapse

In the pictures of Mars found an unusual stone, similar to the head of a statue

An unknown creature crawled out of the sand

Market for electric vehicles is predicted to collapse

In the pictures of Mars found an unusual stone, similar to the head of a statue