(ORDO NEWS) — Gungivamp is an archaeological site located in Groton, Connecticut, USA. The place is best known for its various stone structures. There is no consensus on the age and purpose of these structures. 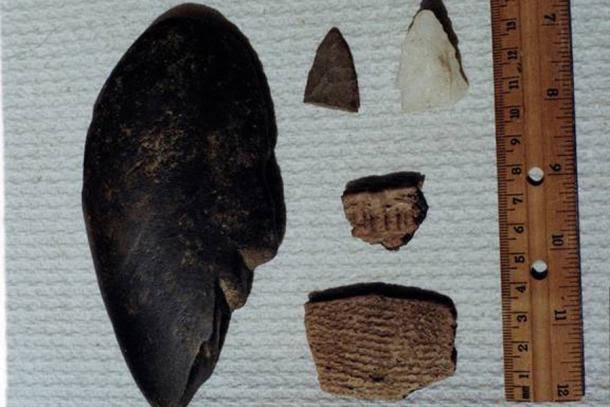 Some of the found stone tools and ceramic shards

Gungivamp can be divided into two separate sections

The Gungywamp site can be divided into two distinct sections, the North and South Complexes. Each of these sites contains a high cliff, a swamp, a stream, and stone structures.

Artifacts found at the site suggest that human presence at Gungivampa can be traced back as far as 4,000 years ago. These artifacts include stone tools and pottery.

However, the most notable archaeological sites at Gungivampa are the stone structures. These structures can be divided into several types: rows of stones, stone bridges, stone chambers, and double stone circle.

These structures have puzzled scientists for a long time. For example, there is controversy over the age of structures and the identity of their builders. Some claim that the structures were built by European settlers during the colonial period, others believe that they were built by Native Americans before the 17th century.

Others claim that the stone structures were built by Irish monks who arrived in North America between the 6th and 8th centuries AD.

The monks are said to have traveled across the Atlantic to escape the Vikings. This sensational claim seems to be quite popular and is often repeated, although it is not supported by hard evidence. One of Gungivamp’s stone chambers.

Hypotheses about Gungivampa based on historical evidence

On the other hand, several hypotheses have been formulated based on the available historical and archaeological data. They claim either a colonial or Native American origin for the structures.

For example, regarding the double stone circle, one hypothesis is that it is the remains of a crushing or pulverizing mill, a type of which is sometimes called an “edge runner mill”.

This hypothesis is based on illustrations of such mills, physical mills that have survived to this day, and signs of wear and damage on the inner surface of the trough.

It is known that such mills were used in Europe from the Middle Ages until the 19th century. Therefore, the mill hypothesis suggests that the Gungivampa double stone circle was built during the colonial period by European settlers.

An alternative hypothesis states that the double stone circle was built by Native Americans prior to the arrival of European settlers.

Since Native American artifacts have been found at Gungivampa, it has been suggested that the structure may have been built by them as well. This hypothesis is supported by the fact that the stones were not processed with metal tools.

Instead, the stones were heated with fire, after which their surface was beaten with a hammer until the desired shape was obtained. This technique was used by Native Americans to mine copper and quartz.

If the double stone circle was built by Native Americans, it is argued that it must have served a ceremonial function, as the structure has no apparent utilitarian function in Native American society. 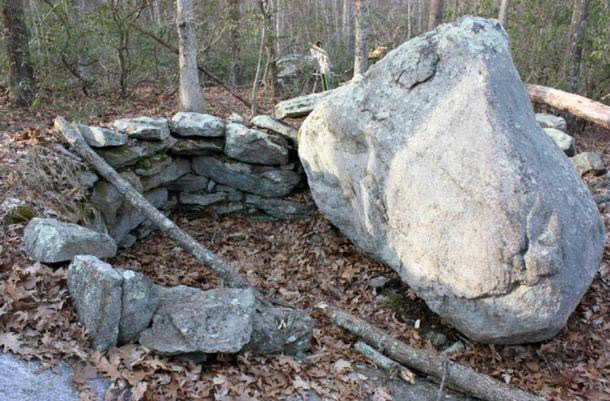 Ruins of a stone structure at Gungivamp.

Other stone structures in Gungivampe

Other stone structures at Gungivampa also divided opinion. With regard to stone rows, for example, the assumptions about their purpose can be divided according to the alleged origin of the structures, that is, colonial European or Native American.

In the first case, it is assumed that the stone rows have a functional purpose. These features include being several upright stones in a stone wall, boxes for feed or supplies, trails for tanning hides, and pens for grazing cattle.

On the other hand, proponents of Native American origins for the stone courses hypothesize that these structures had a ceremonial function that was associated with either the moon, or birds.

Only when more evidence becomes available can either the colonial European or Native American hypothesis of the origin and functioning of these structures be treated with more confidence. 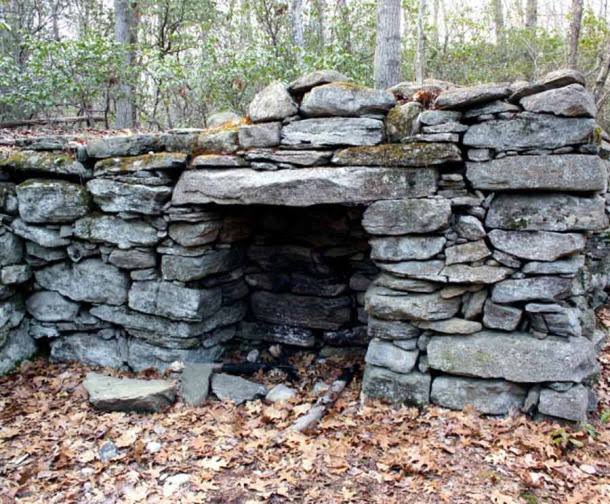 A close-up of the entrance to one of Gungivampa’s stone chambers.