(ORDO NEWS) — Six mummified children believed to have been sacrificed hundreds of years ago have been discovered in a tomb near Lima, archaeologists have said. Apparently, they were killed and buried just so as to accompany the deceased in the afterlife.

Skeletons wrapped in cloth lay on top of each other.

Tiny skeletons tightly wrapped in cloth were found in the tomb of an important person – possibly a political figure – discovered last November at an excavation site in the city of Cajamarquilla, about 24 kilometers east of Peru’s capital, Lima.

“The children could be close relatives, they were placed in different parts of the entrance to the mummy’s tomb, one on top of the other,” said archaeologist Peter Van Dalen, who is in charge of the excavation.

“According to our working hypothesis, children, according to ancient beliefs, were probably supposed to be sacrificed to accompany the deceased in the afterlife.”

Cajamarquilla was built from about 200 BC, during the pre-Inca period. The Incas arrived around 1500. According to scientists, from 10,000 to 20,000 people could live in Kamaharquilla. Van Dalen said the mummies are between 1000 and 1200 years old.

Earlier, in the Chinese province of Henan, archaeologists discovered a large group of tombs dating back to the ancient royal Shang Dynasty (1600-1046 BC). The remains of warriors and war horses were also found in the tombs, which may have been buried alive. 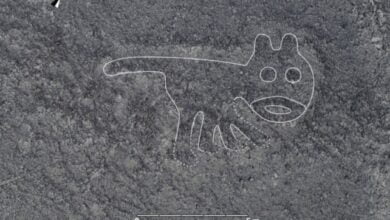