(ORDO NEWS) — The Kumano pluton plays an important role in the subduction of Japan‘s southern coast.

An underground mountain-sized chunk of rock may be affecting paths of large earthquakes in southern Japan.

The dense igneous rock, known as the Kumano pluton, is lurking about 3.1 miles (5 kilometers) below the surface beneath Japan’s Kii Peninsula. It sits in the crust of the continental Eurasian plate.

Under this slab of continental crust, the oceanic Philippine plate is taking a dive toward the Earth‘s mantle, a process called subduction. New research suggests that the heavy pluton within the Eurasian plate changes the slope of that dive, forcing the Philippine plate down more steeply.

The pluton also sits near the epicenters of two large 1940s earthquakes, each of which traveled in opposite directions and did not rupture through the pluton itself.

“It does appear to be playing a really key role in nucleating these earthquakes and preventing them from joining up.” (An earthquake’s nucleation point is where it begins to rupture the crust.)

Though it sits relatively near the surface, the pluton may have a big influence on how water moves from Earth’s oceans into its mantle.

The Philippine oceanic plate’s subduction is twice as steep under the pressure of the pluton. This seems to create more fractures in the subducting plate, which allows it to carry more seawater down toward the deep crust and mantle. Water in the mantle then drives things like volcanic eruptions. 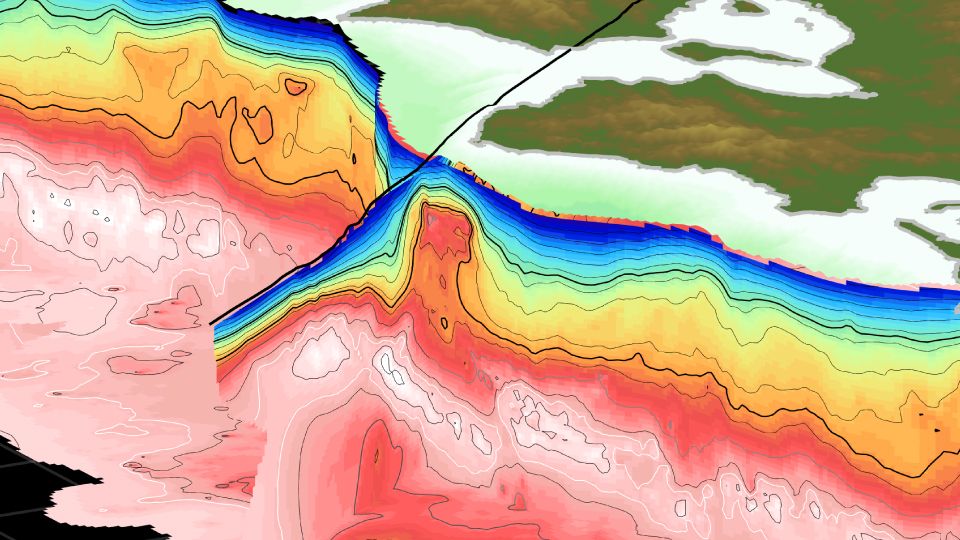 How the crust breaks

The Philippine plate is grinding under the Eurasian plate off the coast of Japan at a rate of about 1.78 inches (4.5 centimeters) per year. This process, called subduction, triggers earthquakes and volcanism. Scientists use seismic monitors to try to understand the geological structures within subduction zones, but this is often a spotty record, especially in submarine trenches where placing equipment isn’t easy.

The coast of Japan, though, is one of the best-monitored places in the world, seismically speaking. The Japanese Agency for Marine-Earth Science and Technology (JAMSTEC) has blanketed the Nankai Trough region with seafloor monitors, and Japan’s seismologists have also put together the densest array of borehole seismometers — seismic monitoring equipment buried deep in the crust to minimize disruption from non-earthquake vibrations — on the planet.

“We recognized that we had this gigantic dataset, which had swelled for a couple of decades and was really unique in that it would enable us to produce a really high-resolution three-dimensional model of the entire subduction zone.

The team did not discover the Kumano pluton, which has been known since about 2006, but they did get the clearest picture ever of how this structure influences the subduction zone.

What they found was a surprise: Most research on subduction zones focuses on the structure of the plate that’s diving beneath the surface, but doesn’t consider the plate sitting over it. The new findings indicate that the slab of crust sitting over the subducting plate may be more important than anyone had realized.

“We think a lot about the angle of the slab that’s going down and hadn’t spent a lot of time thinking about how the properties of the upper crust impact the downgoing slab,” said Wendy Bohon, a geologist at the Incorporated Research Institutions for Seismology (IRIS), who was not involved in the study.

The findings, published in the journal Nature Geoscience on Feb. 3, raise new questions about the role of the pluton in earthquakes. In 1944, a magnitude-8.1 quake started on the edge of the pluton and shook the ground to the northeast. Two years later, a magnitude-8.6 earthquake started close to the epicenter of the first quake but ruptured in the southwest direction.

It’s not clear why the pluton is having this effect, Bassett said. It could be that the dense volcanic rock is putting so much pressure on the subducting plate that it resists the sort of dramatic rupture needed to continue an earthquake.

Or it could be due to the way the pluton alters the shape of the subducting plate below it. At the region of the pluton, the subducting plate doubles the steepness of its downward dive. This means that this oceanic crust drops very deep, very fast. Earthquakes happen more readily at shallower depths where the crust is cool and brittle, so the quick drop-off could limit the area of crust capable of generating a quake.

The sharp downward trajectory of the subducting plate forced by the Kumano pluton has a clearer impact on the way that water moves through the subduction zone. This water cycle isn’t directly connected to earthquakes in the region, but it’s important for the creation of magmas and for large-scale mantle processes, said Donna Shillington, an Earth scientist at Northern Arizona University

The trajectory of the dive also influences where the water ends up and which minerals it can chemically react with. The seismic waves in this region slow dramatically, suggesting an area of the richly hydrated mineral serpentine, the researchers found.

“Those minerals are stable up to somewhere in the ballpark of 400-600 degrees Celsius [472 degrees to 1112 degrees Fahrenheit], so it has to get carried down a ways before that plate will heat enough that that water will be released,” Shillington told Live Science. “So that’s likely to have a deeper effect.”

Much as in earthquakes, geoscientists have focused more on the subducting plate when trying to understand the deep-Earth water cycle, Shillington said. The new study suggests the overriding plate is important, too.

“If we want to understand this water in the plate, now we have another variable that we need to think about,” she said.

The research team now plans to build three-dimensional models of the subduction zone in northeastern Japan where the 2011 Tohoku earthquake originated and the Hikurangi subduction zone off New Zealand’s North Island. Those should be ready within a year or two, Bassett said.

“Being able to compare high-resolution 3D models of Earth structures across the three subduction zones should enable us to think a little bit more carefully about how the structure of subduction zones is impacting earthquake behavior,” he said.

Japanese economy in “grave” condition due to virus (report)

Japanese economy in “grave” condition due to virus (report) 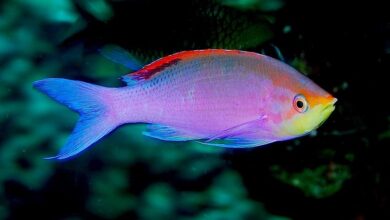