(ORDO NEWS) — British researchers from the University of Bath called the eruption of the underwater volcano Hunga-Tonga-Hunga-Haapai, which lasted from January 14 to 15, 2022 in the Pacific Ocean, the largest in the history of observations. As reported in the journal Nature. It is referenced by the EurekAlert portal.

The volcano exploded. The power of the explosion that accompanied the eruption was 10 megatons of TNT. Or 600 Hiroshima. The released heat boiled millions of tons of water.

The first ejection raised the ash to a height of 58 kilometers. In just 30 minutes, it reached the mesosphere, the region where meteors that enter the Earth’s atmosphere brake and flare. The volcano shook the atmosphere and the seabed for 12 hours in a row. It was felt throughout the Pacific Ocean.

At the same time, the detectors of the GLD360 global system, which monitors electrical phenomena in the atmosphere, responded to 590,000 lightning bolts thrown by Hunga-Tonga-Hunga-Haapai, setting a record that almost doubled the previous one – 340,000 lightning during the Anak-Krakatau eruption in 2018 year in Indonesia.

In short, there was no more powerful cataclysm in the history of mankind.

Experts, by the way, are still frightened by the consequences – the expansion of the ozone hole, which can be caused by a huge amount of water and steam raised into the atmosphere.

But so far, the volcano has not caused significant harm to the Earth. The apocalypse didn’t happen.

About 400 thousand tons of sulfur dioxide were released into the stratosphere. Scientists believe that such an amount does not threaten global cooling. A column of ash that rose above the water was not praised for several kilometers to arrange a “nuclear winter” throughout the globe.

The explosion caused tsunamis of varying intensity in New Zealand, Japan, the United States, Chile, Peru and the Russian Far East. In Tonga – in the immediate vicinity of the volcano – the wave reached 20 meters, to Nukualofa – the capital of the kingdom, it was 2 meters high. And a barely perceptible indignation came to us.

A total of 25 people were injured. In some places there were destructions. King Tupou VI of Tonga was evacuated just in case.

Ash from the eruption fell on the main island of the Tonga archipelago – Tongatapu. Blocked out the sun for a while. The explosion itself was heard within a radius of several thousand kilometers. For example, in Alaska. 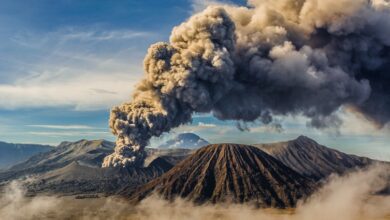 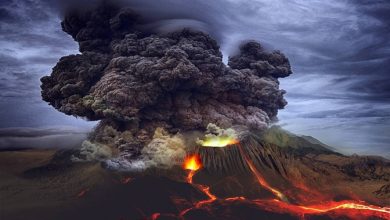 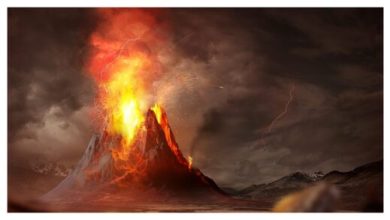