(ORDO NEWS) — HPE and EuroHPC have officially launched the LUMI Computing System at the IT Center for Science (CSC) data center in Kajaan, Finland. Today it is the most powerful supercomputer in Europe.

What will the LUMI supercomputer do?

LUMI (snow in Finnish) will be mainly used to solve important problems for society, including research in the field of climate change, medicine, life sciences and more.

The system will be applied to applications related to high performance computing (HPC), artificial intelligence and data analytics, as well as in areas of their intersection.

For select users, the supercomputer will be available in a second pilot phase in August, with the fully completed system going public at the end of September.

The €202 million supercomputer is owned by EuroHPC (JU). Half of this amount was provided by the European Union, a quarter by Finland, and the rest of the money came from other members of the consortium, which includes 10 countries.

As of May 30, LUMI ranked third on the TOP500 list of the world’s fastest supercomputers. Now its performance is 151.9 pflops for an energy consumption of 2.9 MW.

A little more about the most powerful supercomputer in Europe

LUMI is based on HPE Cray EX. The system consists of two complexes. The block of accelerators includes 2560 nodes, each of which consists of one 64-core custom AMD EPYC Trento processor and four AMD Instinct MI250X.

LUMI also has 64 NVIDIA A40 GPUs used for rendering workloads and nodes with increased memory (up to 32TB per cluster). LUMI storage is based on Cray ClusterStor E1000 from Luster: 8 PB SSD + 80 PB HDD. In the near future, the supercomputer will receive additional nodes.

After all the work is completed, the performance of the supercomputer is expected to increase to approximately 375 Pflops, with peak performance potentially exceeding 550 Pflops.

The total area of ​​the complex will be about 300 m2 , and the energy consumption will increase to 8.5 MW. However, the reserve on the site is solid – it can receive up to 200 MW from the hydroelectric power station. The heat that is removed after the computer cools down is used to heat local houses.

Dolphins sailed to Finland for the first time in a century

Dolphins sailed to Finland for the first time in a century 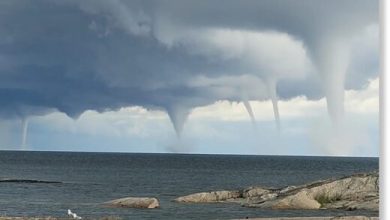 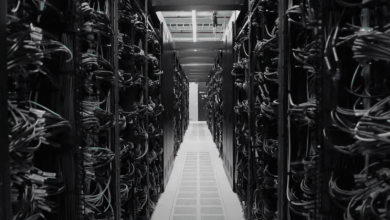 American supercomputer Frontier became the fastest in the world