(ORDO NEWS) — The ocean is full of mysteries. People have long been afraid of the ocean and prefer to admire it from the shore. There are places in the world’s oceans that people are especially afraid of.

In these places, planes and ships disappear without a trace. There are also giant whirlpools, giant waves and mysterious luminous circles on the water… There is a place in the ocean where all these phenomena exist simultaneously. This is the Bermuda Triangle.

The area of ​​the Bermuda Triangle is about a million square kilometers. The triangle stretches from Florida to Bermuda, then to Puerto Rico and back to Florida through the Bahamas. 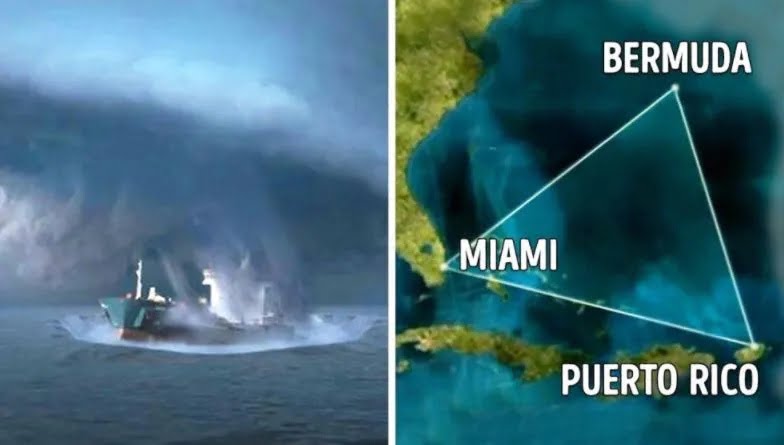 News of mysterious disappearances of ships and aircraft in the area appeared in the late 1940s. A group of five Avenger bombers did not return to base on 5 December 1945. The pilots only had time to say that they were entering “white water”.

A hydroplane was sent to rescue people, but the plane also disappeared. For 50 years, almost 50 ships and aircraft have disappeared in the triangle. However, in the mid-1980s, the triangle “lost its appetite.”

Many theories – scientific, paranormal and ufological – have been analyzed in an attempt to explain the mysterious phenomenon. The most credible theory was put forward by Joseph Monaghan of Monash University in Australia.

In 2003, the scientist published an article in the American Journal of Physics entitled “Can methane bubbles sink ships?”. The researcher described the experiments he carried out to prove that this was possible. His theory was supported by many other scientists.

Huge bubbles could erupt from underwater deposits of solid methane known as gas hydrates, Monaghan said. An odorless gas found in swamps and mines, methane solidifies under the immense pressure at the bottom of deep seas.

Ice-like deposits of methane can break off and become gaseous as they rise, forming bubbles on the surface, writes AP.

This gas, concentrating on the surface, can cause malfunctions of electronic equipment on board aircraft and ships. Ships can sink in such places due to the sudden decrease in water density.

Another Bermuda phenomenon is the so-called “Flying Dutchman” – the inexplicable disappearance of ship crews.

Most likely, the cause of such incidents is infrasound. Some scientists believe that infrasound is created by gas bubbles as they rise to the surface.

Infrasonic vibrations cause a dangerous resonance of the heart and blood vessels. With such a resonance, a person may experience a panic attack. It is possible that sailors, seized with fear and panic, jump overboard in an attempt to get rid of the strange feeling.

However, there is no theory in the world that explains why the Bermuda Triangle stopped devouring ships and planes in the mid-1980s. 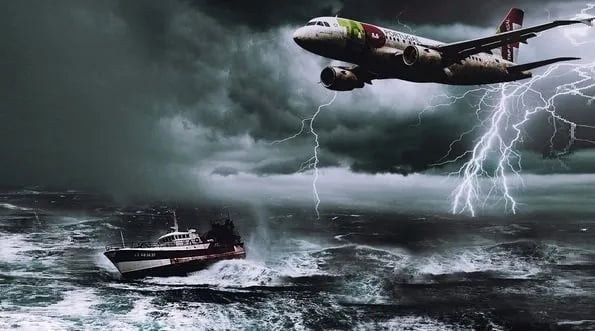 The title of the Bermuda Triangle as the most mysterious place in the oceans is justified by several features.

This is one of only two zones on Earth (the other is known as the Devil’s Sea) where the magnetic compass points to actual south, not magnetic south. The compass always points to the south magnetic pole, while the opposite side – the north – automatically points to the north.

What’s more, spacecraft have registered significant variations in Earth’s gravity in the area. Gravity in the Bermuda Triangle is stronger than anywhere else in the world, causing the Gulf Stream to form and move north of Europe. 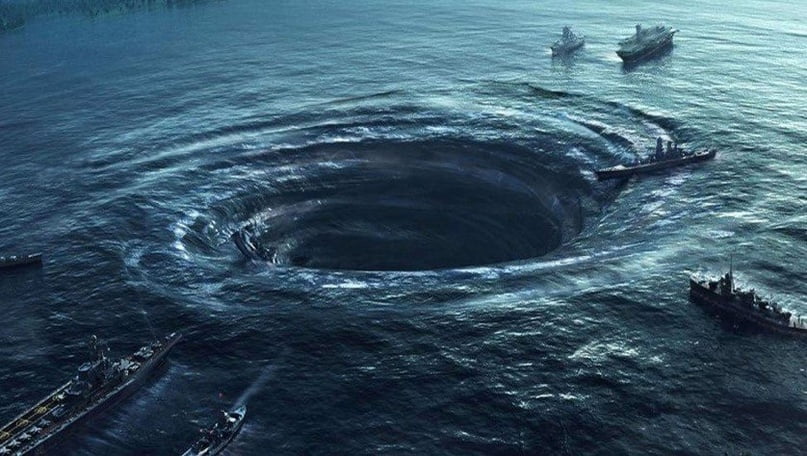 There is a certain feature for which the sea was so named. Ocean currents move clockwise there. In the water area, which is outlined by the currents, a lot of algae, or sargasso, accumulates.

The sea is a gigantic whirlpool in which its own laws of life operate. The temperature of the water inside the whirlpool is much higher than outside. Water is almost always stored there. Miracles can also be observed there, when, for example, the sun seems to rise simultaneously in the east and in the west.

Richard Sylvester of the University of Western Australia has suggested that the Sargasso Sea’s giant whirlpool is a centrifuge that creates smaller whirlpools that reach into the area of ​​the Bermuda Triangle.

Whirlpools cause mini-cyclones in the air. Cyclones continue the spiraling motion of the water from which they emerge and can therefore cause small planes to crash into the ocean. 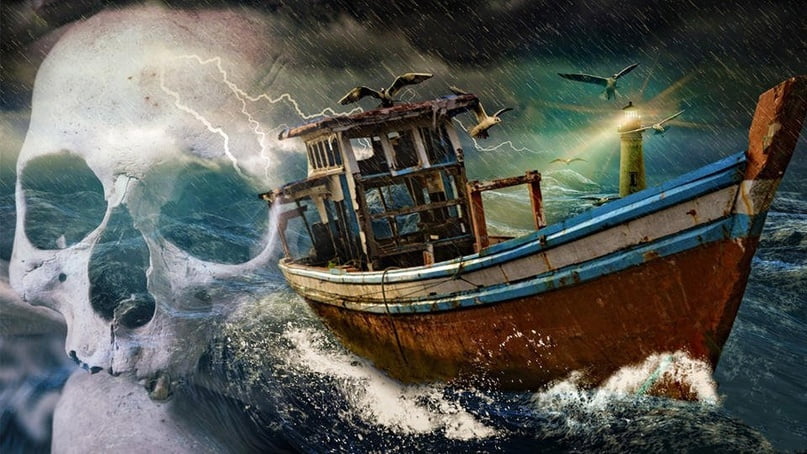 This is the area of ​​the Pacific Ocean around Miyake Island, about 100 km south of Tokyo. This “relative” of the Bermuda Triangle cannot be found on any map, but sailors prefer to stay away from this region. There, storms can start out of the blue and disappear just as they began.

Whales, dolphins and even birds do not inhabit the area. In the early 1950s, nine ships went missing in the area in five years. The most famous of these incidents is the disappearance of the Japanese research vessel Kaiyo Maru No.5.

This is a very seismically active region. The seabed is constantly moving; volcanic islands regularly appear and disappear. The region is also known for its active cyclonic activity. 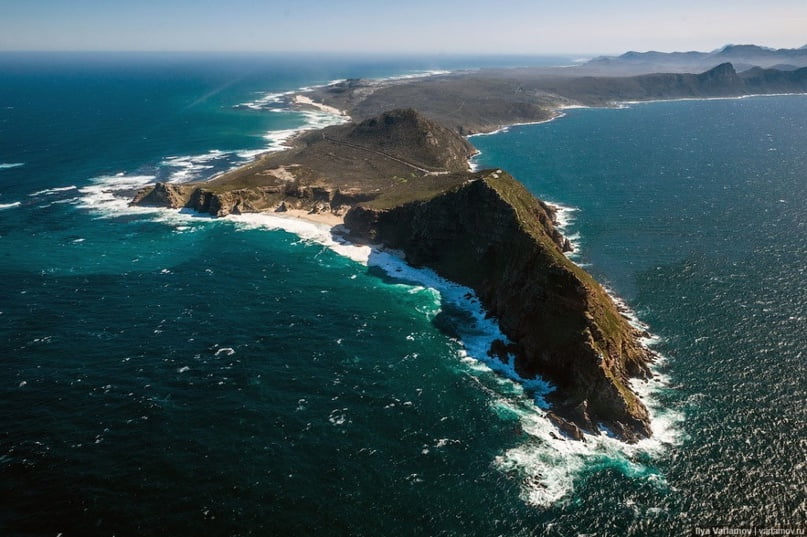 This area off the coast of South Africa is also known as the Cape of Storms. For hundreds of years, many ships have been wrecked here. Most shipwrecks have been due to bad weather, in particular due to killer waves, they are also “cape ramparts”. Scientists also call them solitary waves.

These are very large waves, up to 30 meters high. They are formed when two coherent waves become one. The height of one cape roller is equal to the height of these two waves. They do not change their shape as they propagate, even if they encounter other similar waves along the way.

They can spread over very long distances without losing their power. Such huge waves create very large depressions in front of them, the depth of which corresponds to the height of the waves.

There are many other places in the World Ocean where such waves can occur, but the area near the Cape of Good Hope is especially dangerous. 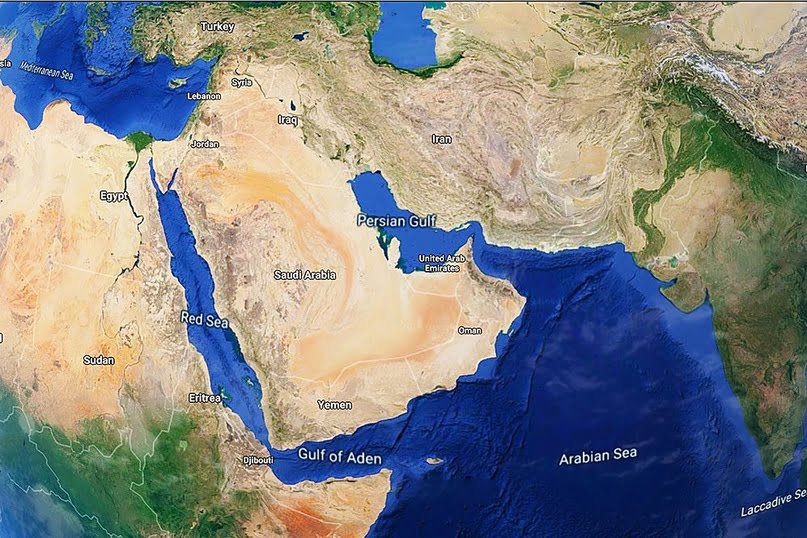 This area is known for a very impressive and mysterious phenomenon – giant luminous and swirling circles on the surface of the water.

German oceanologist Kurt Kahle believed that the glowing circles in the ocean appear as a result of underwater earthquakes, which lead to the glow of plankton.

While this action is selective, the illusion of a spinning wheel is created. Recently, this hypothesis has been criticized because it is not able to explain the logic in the transformation of luminous circles. Modern science has not been able to explain the exact round shape of objects.

Scientists cannot explain the rays that come out of one center, nor can they say anything reasonable to explain the speed of circulation. The UFO version in this case seems to be the main one.