(ORDO NEWS) — Additional exploration of the volcanic rocks of the Kibish Formation in Ethiopia has changed the dating of Homo sapiens bones found there.

In 1967, during excavations near the village of Kibish on the banks of the Omo River in southern Ethiopia, aspiring anthropologist Richard Leakey (and the son of the then famous anthropologist and archaeologist Louis Leakey) found two skulls and several other bones.

They say that when Richard brought the finds to his father, he was unhappy: without additional study, “by eye”, he thought that in front of him were the remains of anatomically modern people. But further research established the age of the finds.

At the end of the last century, scientists carefully examined the deposits formed as a result of the flooding of the Nile, as well as layers of volcanic ash in the area and came to the conclusion that the owners of the Omo I and Omo II skulls lived about 197 thousand years ago.

However, this assessment has now been challenged. A team led by Céline M. Vidal from the University of Cambridge re-examined two layers of volcanic ash overlying the deposits in which Omo I was found. The results of the study are presented in a paper published in the journal Nature. 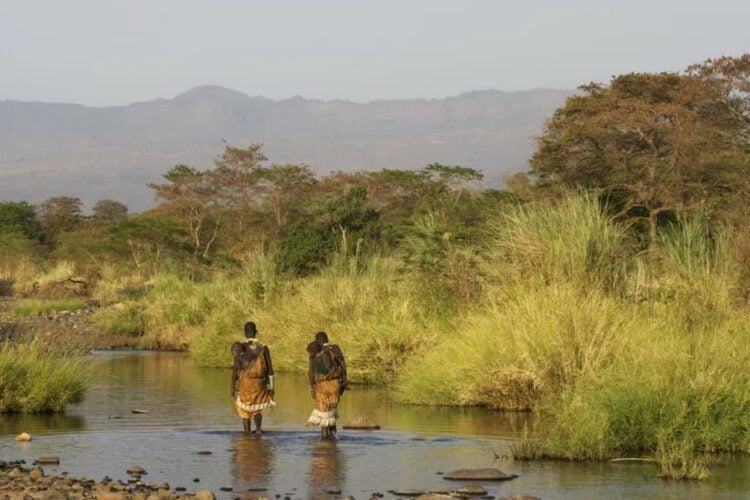 It should be noted that in the case of such ancient bones as Omo, radiocarbon analysis does not work. Therefore, the age of the find is determined by the age of the surrounding layer, which, in turn, is dated by another radioisotope method. The most popular of these is uranium-thorium dating.

Scientists from the Vidal group decided to go the other way. They took new samples of volcanic tephra (sediments ejected by a volcano and then settled to the ground) from the layers above the remains of Omo I, and studied them using the argon-argon (40Ar / 39Ar) method.

This is an improved version of the potassium-argon method and today is one of the most accurate and demanded for determining the age of rocks.

As a result, a dependence of the age value on the fraction of released 39Ar is formed – the age spectrum. It is represented as a step function, each step of which corresponds to the stage of argon evolution. The age spectrum is one of the main characteristics of a rock sample. 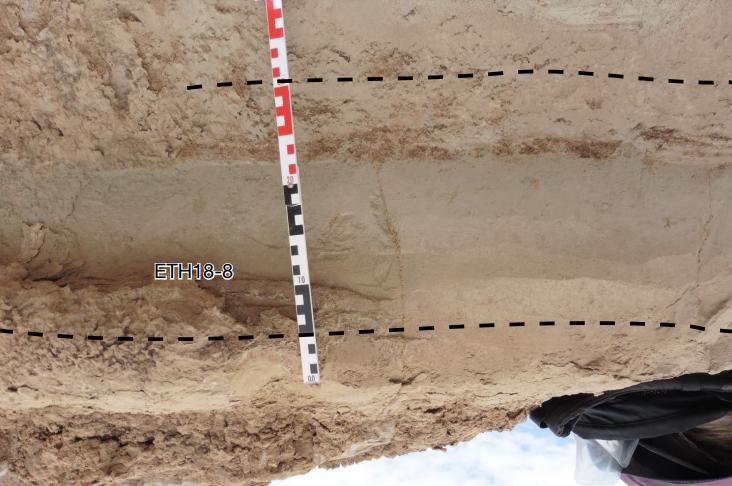 In addition, Vidal’s group tried to correlate the formation of volcanic layers in the Kibish Formation with volcanic eruptions. For this, samples of rocks were taken from Lake Shala (it is located in the caldera of the Shala volcano) in a mountain range in the south of Ethiopia.

They also used the argon-argon dating method. It turned out that the tephra, under which Omo I was found, ended up in Kibish as a result of the explosive eruption of Shaly, which occurred more than 200 thousand years ago.

The study and comparison of the samples led scientists to the conclusion that the remains of Omo I are 36 thousand years older than it was believed. In other words, the age of Omo I is about 233 thousand years. I must say that if Vidal and her colleagues were not mistaken, then their discovery solves a number of important issues.

Dating at 233 thousand years is better consistent with most models of modern human evolution, which predict that our species arose and diverged from its closest ancestors about 350-200 thousand years ago.

The find of a skull in Jebel Irhud in Morocco also speaks in favor of this model . Its age is more than 300 thousand years, although some details in it indicate the “transitional” nature of the anatomy of this representative of Homo sapiens, which, according to a number of anthropologists, does not allow attributing it to a person of a modern appearance.

In addition to samples from Kibish and Lake Shaly, the researchers examined volcanic layers from the Bowri Formation near the village of Herto (also Ethiopia). There, in 2003, a group of paleontologists from the University of California (USA) discovered many ancient bones, including three skulls.

Comparison of the results of studying the ash samples showed that the Herto fossils were under tephra of a different composition than Omo. Consequently, Herto’s age can also be disputed. But, of course, this requires additional research.