(ORDO NEWS) — An international team of scientists analyzed 34 risk factors for 23 types of cancer and assessed their contribution to mortality and poor health.

The study was conducted as part of the multi-year program Global Burden of Disease (GBD). His results are published in The Lancet.

Cancer is one of the leading causes of death in the world. According to the World Health Organization (WHO), approximately 10 million people died of cancer in 2020 (less than 60 million from all causes).

Often it is impossible to say what caused the oncological disease, but the risk factors are known. For example, lung cancer almost always occurs in smokers.

In 36.9% of cases where death was due to risk factors, tumors of the trachea, bronchi or lungs were the cause.

In addition, scientists calculated another indicator – DALYs (disability-adjusted life years): the total number of years lost due to premature death or significant deterioration in health.

The greatest growth is among metabolic factors: roughly speaking, those associated with overweight and obesity.

In the case of behavioral factors, men have almost four times as many DALYs as women. The authors suggest that the reason may be that men are more likely to smoke and drink.

The data also indicate that men are likely to be more likely to work in places where they encounter carcinogens.

This is the first study that looks at the influence of factors at global, regional and national levels, across age groups and for both sexes over time.

Previously, scientists analyzed individual factors around the world or all risk factors, but for individual countries.

The authors note that only known risk factors were taken into account. For example, it is not clear whether COVID-19 affected the development of cancer. If new ones are identified, they will need to be included in future studies. 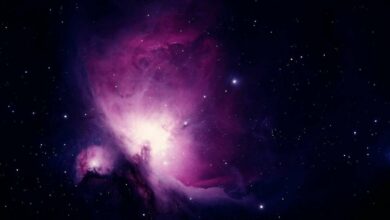