(ORDO NEWS) — The United States Geological Survey (USGS), which monitors the activity of the supervolcano, has released a report for the past month. In total, 82 shocks of varying strength were recorded in August.

At the same time, several eruptions of one of the largest geysers in Yellowstone National Park were observed. After that, rumors appeared on social networks that a rather powerful eruption could occur soon, which is simply delayed at the moment. Many users noted the fact that a disaster can occur at any moment, so you need to enjoy life and appreciate every moment.

Most of the earthquakes were recorded in the northwestern United States. The strongest tremors reached 2.6 points. Several such earthquakes happened near the Old Faithful geyser. A few days later, a whole swarm of aftershocks followed, the strongest of which did not exceed 0.9 points.

The US Geological Survey hastened to reassure people that such a sequence of earthquakes is quite normal for this region, so there is no reason to panic. In all other respects, no changes were noticed, so rumors of an imminent eruption of a supervolcano remain just rumors.

In August, the Old Faithful geyser also erupted five times. During this year, experts have recorded only 34 geyser eruptions. In addition, the nearby Giantess geyser erupted for the first time in six years, frightening many residents of the country. But experts continue to reassure and assure that no disaster is expected in the coming years, so you should not panic ahead of time.

US announced a competition to create AI for an unmanned slave

Living “plastic bottles” found on the beach in Sydney

US announced a competition to create AI for an unmanned slave

Living “plastic bottles” found on the beach in Sydney 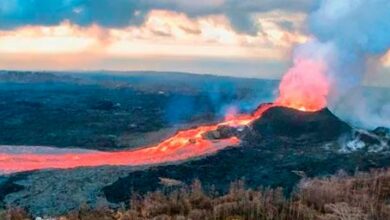 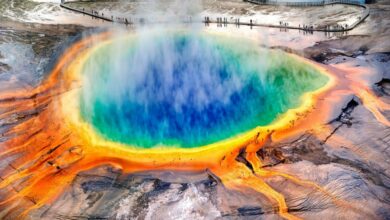 Scientists have discovered something strange under Yellowstone 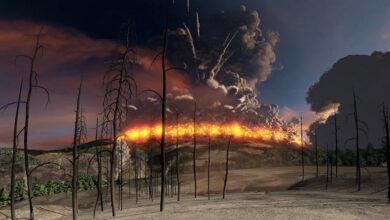 Did Nostradamus predict the eruption of Yellowstone in 2023? 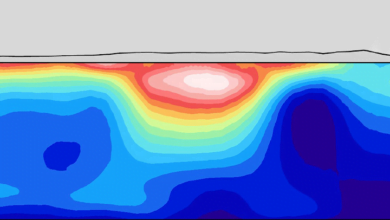