(ORDO NEWS) — The National Aeronautics and Space Administration (NASA) categorically rejects suggestions that our Moon is less than solid, but initiatives funded by the space agency indicate continued interest in the composition of its interior.

The routine discovery of hundreds of skylights on the lunar surface (holes in the Moon through which the cavernous tunnels beneath it can be seen) recently prompted NASA to sponsor the development of robotic mini-rovers designed to take images and study extraterrestrial crevices.

The authors of a study published in the October 2020 issue of Earth-Science Reviews calculated the size of these huge lunar cavities.

The results showed that many of these underground cavities are hundreds of times larger than anything that can be seen on Earth. According to the head of the study, one of the large lunar tunnels ” could easily accommodate a small city within its walls .” 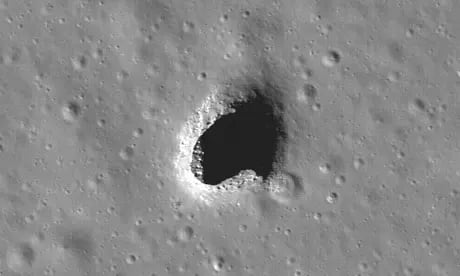 Together, these events have revived speculation about the true composition and internal structure of the Moon.

Outside of the imaginary scenes created by science fiction writers of the early 1900s, the idea that Earth’s nearest space neighbor could be empty has had its fair share of adherents over the years.

Their literary work “Intelligent Life in the Universe” contained a chapter on the curious nature of the moons revolving around Mars – Phobos and Deimos.

According to their calculations, these objects had an abnormally low density, which led them to wonder: Could they be “hard on the outside but hollow on the inside?” The authors wondered if an advanced Martian civilization could have created artificial satellites to function as low-gravity platforms.

This orbital arrangement would allow them to launch deep space missions more easily, an advantage that Earth’s moon also provides. 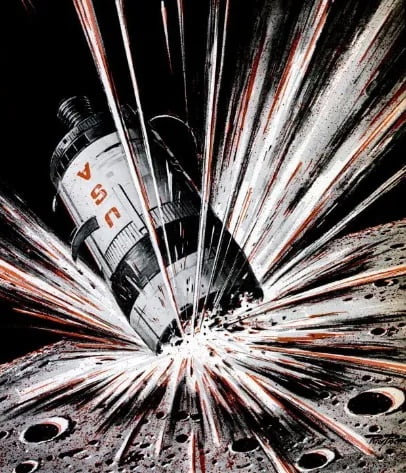 The granddaddy of NASA’s rocket program, Dr. Wernher von Braun, unwittingly fueled the Hollow Moon legend by writing for Popular Mechanics an article about the Apollo 13 mission plan to slam the 15-tonne part of a Saturn V rocket into the lunar surface.

This experiment was a continuation of the deliberate fall of the Apollo 12 lunar module, which resulted in the moon ” ringing like a bell for almost an hour, indicating some strange and unearthly underground structure .”

Even though Apollo 13 failed to land on the moon, they were able to deliver a payload for the experiment, with results similar to the lunar jolt of the previous impact.

Mission Control informed the Apollo 13 crew of their success: “Looks like your booster just hit the moon and that’s rocking it a bit.” This suggestive phrase has provided food for theorists arguing that the Moon may be mostly hollow. 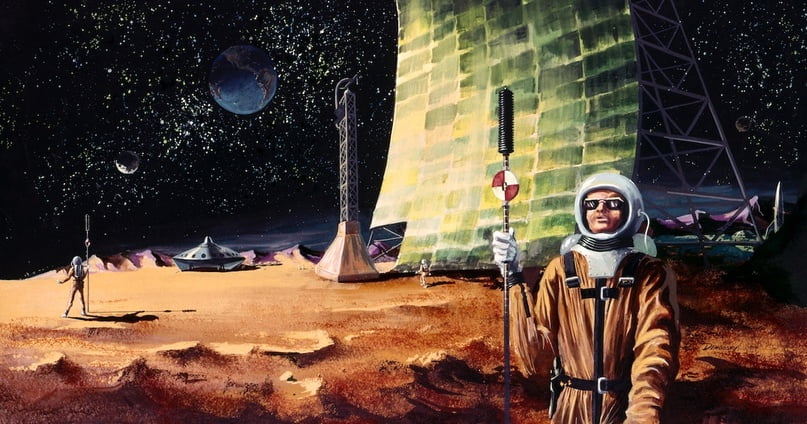 The Moon is an artificial hollow object – a satellite that was specially placed near our highly developed planet extraterrestrial civilization.

The Soviet duo published their thoughts on the matter in a 1970 article titled “Is the Moon a Creation of Alien Intelligence?”.

Their circumstantial assumptions about an alien-created satellite paved the way for what became known as the ” Moon Spaceship Hypothesis “.

Wilson cited anomalies such as shallow lunar craters ( the strong hull protecting the lunar ship prevents meteors from penetrating deep ) and the presence of strange structures and lights on the surface ( evidence of artificial vehicles and navigational markers ) as evidence that the Moon is not was formed naturally. 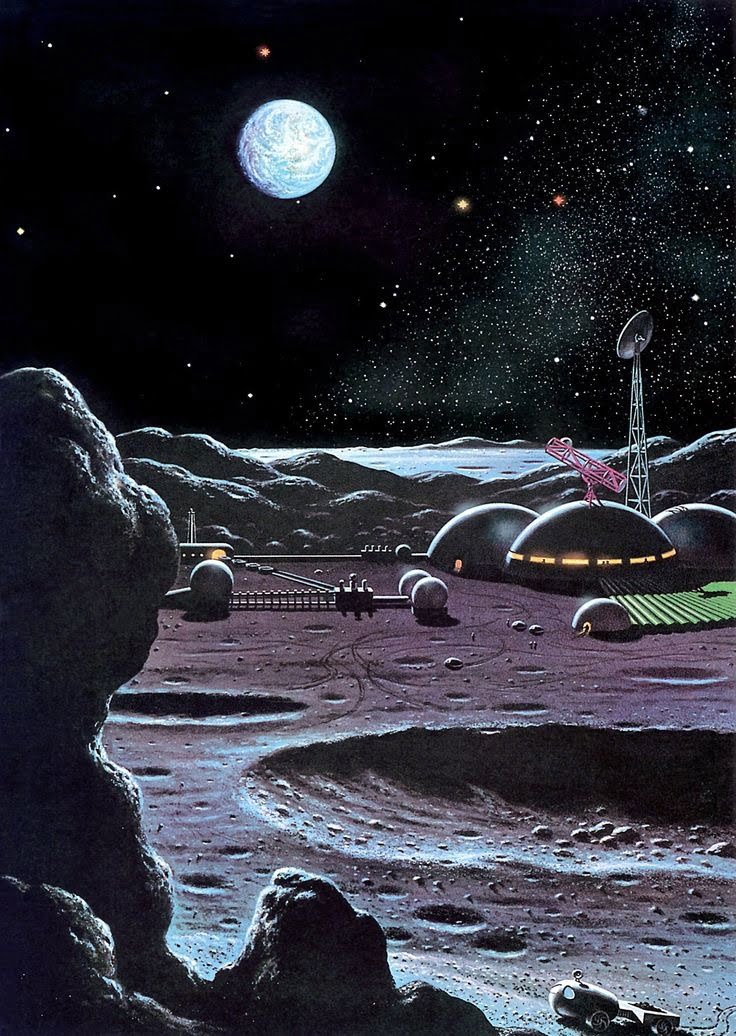 This required it to be basically a hollow vehicle – especially considering the size of the intended cargo: ” The huge spaceship carried everything needed to serve as a kind of Noah’s Ark for sentient beings on their journey through the universe .”

Interestingly, Wilson mentioned the existence of lunar features that are like skylights. He referred to the work of amateur astronomer Dr. H. P. Wilkins, who was convinced that “inside the Moon there really are vast hollow regions, perhaps in the form of caves, and that they are connected to the surface by huge holes or pits.”

Wilson suggested that these “pits” may be the entrances to “underground, hidden bases located inside the Moon “.

Another book, written in the same vein as Wilson’s, was collected by Christopher Knight and Alan Butler. In the book “Who Built the Moon?”

(2005) the authors note many “unrealistic coincidences” between the Moon, Sun and Earth (for example, the exact dimensions needed by the Moon for a solar eclipse or regulation of the Earth’s tides) and insist that our planet’s satellite was created on purpose.

In contrast to Wilson’s conclusion that the Moon was a “cosmic Noah’s Ark” that was brought to its current location from outside our solar system, Butler and Knight suggested that it was fabricated by terrestrial architects using the planet’s available elements.

(It is alleged that this is why tests of materials on the lunar surface have shown that their composition is extremely similar to that of the earth).

As for who owns the blueprints for the artificial moon, in an interview with New Dawn, Knight elaborated on three possibilities:

” God, aliens or humans. The only one that is 100% scientifically possible is the latter. Time travel is generally accepted as physically possible, and a number of scientists are close to sending matter into the past.

We can assume that in the future machines could be created that could be sent back to remove matter from the young Earth for the construction of the Moon – perhaps using mini black hole technology .” 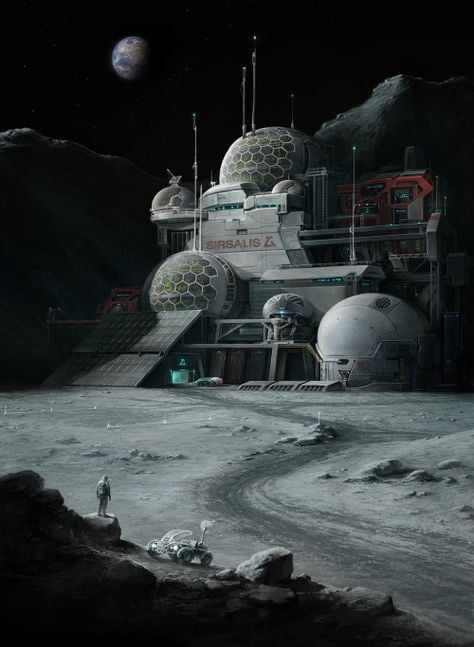 Some of the mysteries surrounding the formation of the Moon may eventually be answered by investment in rugged autonomous robots.

New rovers are being developed specifically for subsurface exploration of dark lunar crevices. Today’s prototypes are able to push off from gaping alien maws and are equipped with high-resolution imaging equipment. 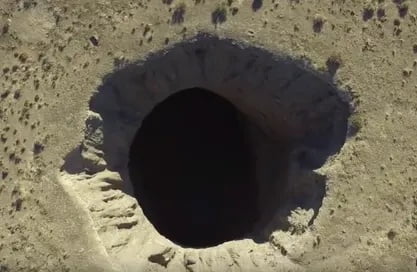 One of the advanced models has been tested in a crater in Utah in preparation for a future survey of the moon. The unmanned lunar lander, named by its creators at Carnegie Mellon University PitRanger, is designed to collect photos of the funnel from several angles and get a complete picture of the situation on earth.

Gaining a more detailed understanding of these underground portals could greatly expand our understanding of the workings of the Moon. With any luck, some of these rovers could be deployed as early as 2022 and should be seriously considered as part of NASA’s Artemis lunar missions. 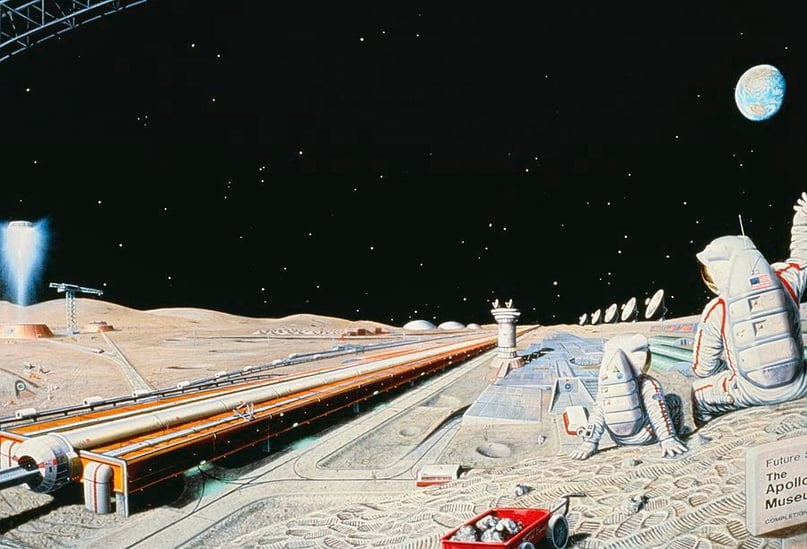 It may not be a hollow ancient alien spacecraft, but the origin of the moon is still unclear from a scientific point of view.

It makes sense that a concerted effort is being made to send vehicles to explore underground tunnels on the Moon, not only because of their base-building value, but also because of the treasure trove of data they likely hold about how bodies formed on the moon. our solar system.

If the soon-to-be-explored lunar tunnels extend far below the surface, they could help explain some of the frequently cited anomalies of the Moon and provide access to secrets buried under the regolith.

As evidenced by the increased interest in robots capable of penetrating sublunar cavities and lunar exploration, even if hollow moon theories don’t excite NASA officials, they do generate interest.