(ORDO NEWS) — The March full moon heralds the long-awaited end of winter. This year, the full moon will occur just two days before the spring equinox.

Technically, a full moon lasts only a moment when the Moon, Sun, and Earth line up in that order on an abstract 180-degree line, according to NASA.

However, sky watchers have already appreciated the bright and full Moon – in this capacity, it began to shine from Wednesday evening (March 16) and will continue to delight us until Saturday morning (March 19).

The March moon has many names in peoples of different cultures. According to the Maine Farmers’ Almanac, which began publishing Native American lunar designations beginning in the 1930s, for northern tribes, the March moon was Crow Moon a reference to the cawing crows that signal the end of winter or Mooncrust, named after the snowcrust. , still fettering the earth in cold northern latitudes.

March moon in the religions of the world

According to NASA, tribes living among maple trees preferred the names “Sap-moon” or “Sugar Moon” as early spring was the season for harvesting maple trees for their sweet syrup.

Farther south, Native American tribes called the full moon of March the Worm Moon, as earthworm “casts” (that is, nutrient-rich worm excrement made from digested soil) are often found in the melting snow.

The moon of March also features in several religious traditions. In Christianity, the moon is called the Great Moon if it is the last full moon of winter (which is the full moon this week), or the Easter Moon if it is the first spring full moon (Lent lasts from March 2 to April 14 this year).

In Judaism, the March full moon falls in the middle of the Jewish month of Adar. The moon coincides with the holiday of Purim (beginning March 16 at sunset and ending March 17 at sunset), a holiday commemorating the salvation of the Jewish people from royal decree of death around the fourth century BC, according to NASA.

And in Hinduism, the March moon falls on the month of Phalgun, which corresponds to the Holi holiday, the celebration of the victory of good over evil and the beginning of spring. 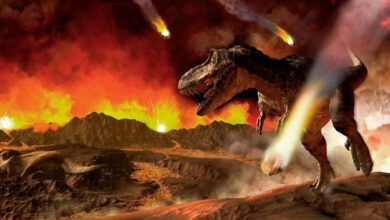 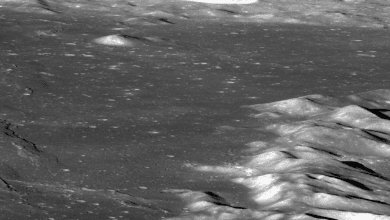 NASA probe photographed a mountain formation on the moon