(ORDO NEWS) — In Belarus, freedom has a woman’s face. Thousands of white-clad women gather on the streets of cities and chant the name of Svetlana Tikhanovskaya, who won the presidential elections on August 9 and who was forced to leave the territory of Belarus. Instead of throwing stones and Molotov cocktails at the regime’s mercenaries, women give them flowers and address them as wives, mothers, sisters and daughters to fulfill their oath and protect the people.

Meanwhile, Alexander Lukashenko, the self-styled president of Belarus who falsified the election results, is the embodiment of the brutal chauvinism of the Soviet era, which he recalls with deep nostalgia. Now that protests and strikes continue, and his 26-year-old regime is falling apart, 9.5 million Belarusians are apparently ready to take advantage of the opportunity they missed many times before – the opportunity to start moving towards a European, democratic based on the dictatorship of the law for the future.

Belarus is a black hole – not only in terms of human rights protection, but also in our worldview. This country, where smart and educated people live, is too often discounted by hanging on it a rather accurate, but not fully characterizing it label of “the last dictatorship of Europe.” Like other peoples of Central and Eastern Europe, Belarusians strove to create their own independent state in 1918, but after just a few months their young republic sank into oblivion. The war destroyed a third of the country’s population. It was followed by brutal Sovietization and Chernobyl. Belarusians have learned to live with their heads bowed. But now they are awake.

The protests in Belarus have no overtly geopolitical background. There is no confrontation between the “west-oriented” and “east-oriented” parts of the country. Tiananmen Square protesters erected a replica of the Statue of Liberty in 1989. The EU flag has become a hallmark of the post-Soviet revolutions in Georgia in 2003 and in Ukraine in 2014. Curiously, there is nothing like this in Belarus. There, the people raised a nationwide revolt against arrogance, cruelty, lies and waste of their rulers.

This also worries the rulers of Russia. Kremlin propagandists cannot position the protests in Belarus as the result of the actions of foreign conspirators. Instead, the Russian leadership, visibly nervous, is trying to distance itself from the regime in Minsk. However, the demands for the return of dignity and justice, provoked by abuses of power, can serve as a powerful and dangerous example for some subjects of the Moscow regime.

In the Far East in the Khabarovsk Territory, where anti-Kremlin protests have been taking place recently, demonstrators are now taking to the action with the white-red-white flag, which was in the past the official flag of Belarus and which the Lukashenko regime banned. In turn, demonstrators in Belarus chant: “Khabarovsk, we are with you!” Their complaints are very similar. Nationalistic pathos and frightening stories have ceased to resonate with ordinary people – now they only annoy. Cruelty no longer scares, but only disgusts. Lies and attempts to intimidate can no longer distract people from the failures of kleptocracy.

Referring to a common threat, Lukashenka now turns to the Kremlin for help, but they do not like him there: his Kremlin sponsors are roughly putting pressure on him. However, Belarus is the last significant fragment of the former Soviet empire. Without Belarus, Russia’s foreign presence would turn into a pitiful archipelago of separatist enclaves and bandit-run nativity scenes. In addition, there are two Russian military bases on the territory of Belarus. The Belarusian KGB provides a host of services to Russian intelligence agencies. The new government in Minsk may initially put up with Russia’s tutelage in foreign policy issues. But sooner or later everything will change.

Ivonka Survilla, chairman of the BNR Rada, believes that the passivity of the West could turn into a repetition of the events of the Prague Spring, the reform experiment of Czechoslovakia that ended the invasion of Soviet troops in 1968. However, the Kremlin’s intervention only highlights the main paradox of Russian diplomacy since the collapse of the Soviet Union 30 years ago: the intervention creates problems that the Kremlin most wants to avoid.

Threats and saber rattling in the direction of the Baltic states and Poland forced NATO to develop plans and strengthen its position to protect the eastern borders of the alliance. Constant attacks on Sweden and Finland have pushed these non-NATO states to rearmament and move closer to the alliance. Russia’s aggression against Ukraine has spoiled the attitude of the Ukrainian people towards it for a whole generation. Protests in Belarus are not anti-Russian – yet. But Kremlin intervention will inevitably lead to the fight against election fraud and police brutality escalating into a resistance movement against Russian hegemony.

For 20 years, Lukashenko has led both the West and Russia – and more recently even China – by the nose, trying to turn them against each other. When the West pointed to torture, disappearance of political opponents, and falsification of election results, Lukashenka began to praise ties with Russia and rant about the so-called “union state” that never materialized. When the Kremlin cut subsidies, Lukashenka began to flirt with the West.

It’s time to bring Lukashenka out into the open and stop bowing to the shadow of the Kremlin. We need to shelter those who are being persecuted, impose sanctions on those who are being persecuted, make sure people know the truth, and build an international coalition to fight Russian interference. Post-Soviet imperial claims should not undermine freedom in Belarus, because earlier we did not allow them to prevent the reunification of Germany and the expansion of NATO and the European Union.

We must treat the countries of Central and Eastern Europe as real states where real people live with their hopes, fears and dreams, and not like plastic figures on a geopolitical chessboard. While we are shaking over the future of our democracy, the people of Belarus are ready to sacrifice their freedom and their lives for it and to fight the authoritarian, cynical cynical crony capitalism promoted by the regimes in Minsk and Moscow. The inhabitants of Belarus understand our values ​​better than ourselves. And our passivity shames us.

The fatal role of women in history

The fatal role of women in history 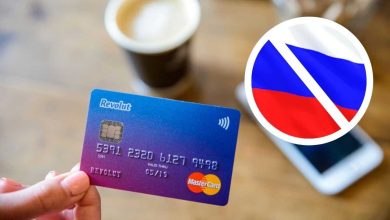