(ORDO NEWS) — When researchers at the Large Hadron Collider discovered the elusive Higgs particle in 2012, it was a landmark for particle physics. It solved a very thorny problem, validating and allowing the Standard Model of particle physics to hold.

But, as is often the case with new discoveries, while some questions were neatly answered, others arose. And for the Higgs boson, one of those questions is its mass. According to predictions, the particle ought to be around three times heavier than the 125 gigaelectronvolts it is.

We’re not sure why it isn’t heavier, but a new paper lays out a fascinating solution. According to physicists Raffaele Tito D’Agnolo of Université Paris Saclay in France and Daniele Teresi of CERN, the problem can be resolved if, at the time of the Big Bang, the Universe consisted of many universes – a multiverse.

Not only do the physicists’ calculations solve the mass of the Higgs boson, they also solve a seemingly unrelated problem in the Standard Model: the preservation of symmetry in the strong force that binds the elementary particles that form all normal matter.

The team’s model starts the Universe as a multitude of universes. Each universe in this multiverse has a different mass for the Higgs boson – some quite heavy, and some very light.

Then, the physicists calculated how these universes would evolve over time. They found that universes with heavier Higgs bosons became unstable and collapsed very quickly in a “big crunch”, in a fraction of a second.

The universes with lighter Higgs bosons survived. Under this scenario, our Universe emerged as perhaps the sole survivor of the catastrophic multiverse crunching, with a very light Higgs boson.

D’Agnolo and Teresi found that symmetric strong interactions also contribute to preventing a crunch. So a combination of a light Higgs boson and CP symmetry in the strong force could have contributed to the long-term survival of our Universe when others winked back out of existence.

It’s all, of course, very theoretical, and this is just one of many possible explanations for the mass of the Higgs boson. But it offers avenues of exploration for helping to solve some of the other outstanding mysteries of our Universe.

“Our model stands out because it is simple, generic, and it solves these two seemingly unrelated puzzles at once,” Teresi said. “And it predicts distinctive features in data from experiments that aim to search for dark matter or for an electric dipole moment in the neutron and other hadrons.”

Future experimental work should allow tests of the team’s theory since their work also predicted the existence of a new particle. The Large Hadron Collider is due to be fired up again later this year, after being shut down at the start of 2019 for upgrades. It will be fascinating to see what emerges.

Discovery of a mysterious boson contradicts the understanding of the universe

Discovery of a mysterious boson contradicts the understanding of the universe 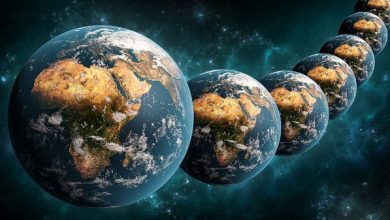