(ORDO NEWS) — Ancient Olympia has been recreated by Microsoft. This means that from the comfort of your own armchair, you can login, and take a spectacular augmented reality 3d tour of this iconic ancient site using Olympia AI.

The first Olympic Games were held at Olympia in the year 776 BC, almost 2,800 years ago. Dedicated to Zeus, the father of all gods, the site was in a valley at the confluence of the Alpheios and the Kladeos rivers, in western Peloponnese, across the southwestern foot of Mount Kronios.

The famous sporting event recurred here every fourth year until at least AD 393, and maybe up until a fire destroyed the central Temple of Zeus in 425 AD. Now, the Hellenic Ministry of Culture & Sport has teamed up with Microsoft and deep learning AI has digitally recreated the panhellenic sanctuary of ancient Olympia with Olympia AI. 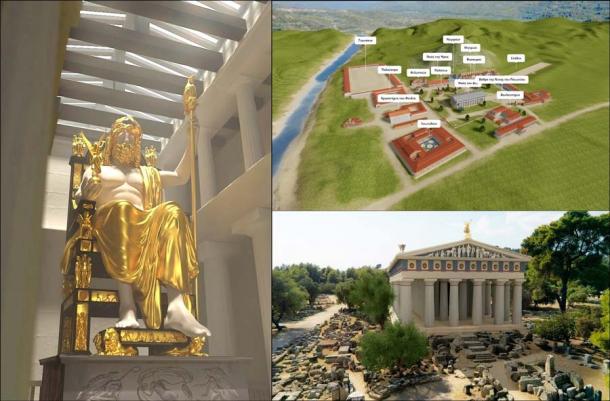 Just a few of the images now available thanks to the Olympia AI project, fueled with Microsoft high-tech

To begin with, tech firm Iconem took thousands of high-resolution photographs from both the land and air of the entire archaeological site.

Olympia AI then knitted the images together and created a series of 27 digital models of the most prominent monuments, including: the Olympic Stadium , the workshop of sculptor Phidias , and the temples dedicated to Hera and Zeus. Also featured is one of the Seven Wonders of the Ancient World: a 41-foot-tall ivory and gold statue of Zeus on vast cedarwood throne.

According to Greek City Times , Lina Medoni, Hellenic Republic Minister of Culture and Sports, said the state-of-the-art reconstruction of the Panhellenic sanctuary of Ancient Olympia was made with several “augmented reality technologies.” She added that the Olympia AI model helps “extol the values of Olympism, peace, harmony, excellence and noble rivalry.” 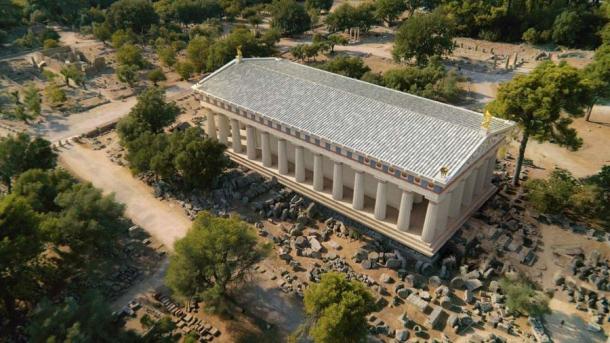 From The Original Olympic Games To AI Perspectives

The first Olympic Games featured only one event called “ a stade, ” which was a foot race over an eighth of a mile distance. More noble sports such as wrestling, boxing and horse racing were eventually injected into the games as the whole event became heavily politicized and highly monetized, by rival city-states. 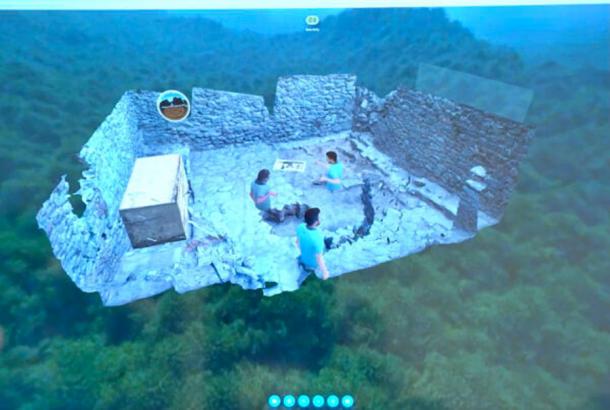 The Future Of AI In Archaeology

According to a report in Daily Mail , Microsoft president and vice chair, Brad Smith, said the digital model offers a new perspective on a famous ancient site. But doesn’t all this seem so bizarre to you?

Having grown up watching archaeology movies like Indiana Jones it is sometimes really strange to listen to all this talk of deep learning creating AI models, and for preprogrammed drones to be detecting archaeological sites. However, rest assured, while artificial intelligence “helps” archaeologists it will never replace the trowel wielding archaeologist.

AI is becoming a vital tool in mapping old civilizations and while deep machine learning algorithms are fine for recreating ancient buildings, based on photographs, “AI will not likely replace humans as it lacks the subjective expertise of a human archeologist.”

This is according to a 2020 report on Analytics in Sight which assures us that while we are all seeing mind-blowing augmented reality archaeological recreations, and films, AI is still a long way from becoming an Indiana Jones. I mean, while a robotic arm could certainly replace an ancient artifact with a bag of sand, it could never outrun a “death ball’” in a tight cave.