(ORDO NEWS) — Nothing about magical and mysterious Sintra is straightforward, including its name. Sintra can refer to a small town in western Portugal, a short distance north and west of Lisbon, or the large and populous municipality that surrounds it, or finally the Serra de Sintra , also known as The Mountain of the Moon, on whose northern slope the town is built. The Sintra-Cascais Natural Park includes the mountain and the nearby coast.

Perhaps the name “Sintra” comes from the Indo-European Suntria, meaning “bright star” or “sun.” Or, more likely, it is named after the Greek goddess Cynthia, goddess of the Moon, whose name morphed locally into Sintra.

Cynthia was equated with the Greek goddess Artemis, who was equivalent to the Roman goddess Diana, the goddess associated with the hunt, childbirth, and the Moon. 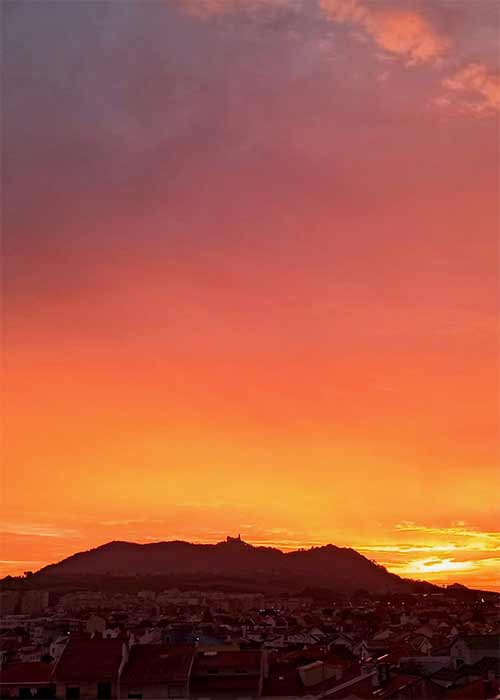 Lord Byron called Sintra “ a glorious Eden .” Richard Strauss thought the Holy Grail Castle was here, on the hilltop where the Palace of Pena was built. The poet Robert Southey declared it “ the most blessed spot on the whole inhabitable globe.”

Hans Christian Andersen described it as “ the most beautiful place in Portugal .” There is so much here and of such importance that it has been declared a UNESCO World Heritage Site both for its cultural richness and its natural beauty.

Eden? The Grail? The Mountain of the Moon? Just what is it about this place that has drawn people to it for more than 7,000 years?

The Legend of the Five Peaks Of Sintra

The legend holds one day while the Lord God Almighty was creating the Sintra mountains, he noticed five big rocks.

The Creator approached and asked them if they were satisfied with their form. The five rocks thanked the Divine Architect for his interest and, taking advantage of his offer, asked to change their name.

They did not want to be called rocks or cliffs; they wanted a more appealing name that gave them greater prestige. God smiled and said, ” From this day on you will be known as peaks .” The rocks were happy and asked the Creator to also give them a surname.