(ORDO NEWS) — Archaeologists have conducted a radiocarbon analysis of the remains discovered during excavations of the Spanish megalithic site of Panoria.

They found out that most of the burials of this monument belong to the XXXV-XXXIV centuries BC. Scientists believe that dolmens were used for collective burials for a fairly short period of time.

However, in some cases, people returned to using these tombs after several centuries. This is reported in an article published in the Journal of Archaeological Science.

During the Neolithic and Chalcolithic (Eneolithic) eras, megalithic tombs made of large stones became widespread in Europe, the appearance of which archaeologists associate with the emergence of agricultural societies.

The similarity of the designs of many such structures located in Scandinavia, Ireland, Great Britain, France and Spain allowed scientists to connect their distribution with the development of contacts between carriers of different cultures.

In the Spanish province of Granada is the megalithic monument of Panoria, which was discovered in 2012. Archaeological research has revealed 19 ancient dolmens on it, nine of which were excavated in 2015-2019.

Five megaliths were seriously damaged, so only a small number of fragments of human bones were found in them.

Radiocarbon analysis of the remains from the well-preserved dolmen-10 showed that burials were carried out in it around 3360-3100 and 2515-2465 BC, that is, in the late Neolithic and Chalcolithic eras. 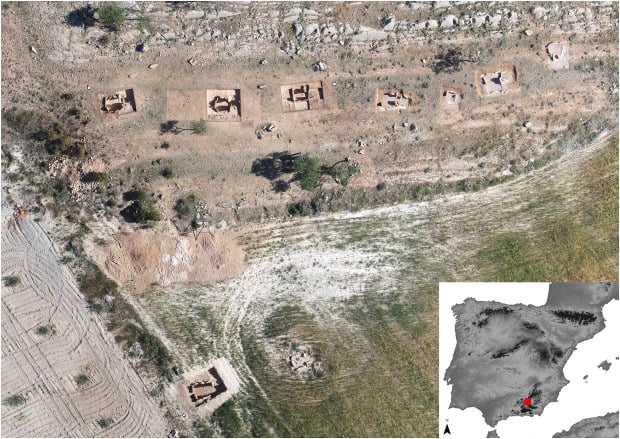 Scientists have focused their attention on four ancient dolmens (3, 10, 11 and 15), which are best preserved to this day. Paleoanthropologists estimate that they contained the remains of at least 68 people.

As a result of the study, it turned out that the burial complex arose in the second half of the 4th millennium BC. Thus, the most ancient burials in dolmen-3 and dolmen-15 belong to the XXXVI-XXXV centuries BC. It is likely that the rest of the tombs were built around the same time. 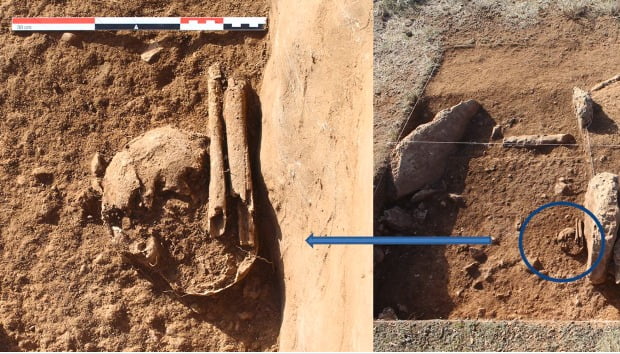 Most of the remains found at this site date back to the XXXV-XXXIV centuries BC. Around the 29th century BC, burials ceased in almost all the dolmens of Panoria.

However, in three tombs (3, 10 and 11), burials were again made in the 25th and 21st centuries BC, and, according to scientists, these events covered a fairly short period of time and took place during the life of one to four generations.

Recent studies of other Iberian megalithic sites have shown that they were used for burials only for a short period of time – from several years to decades. This is also true of other European sites, such as long mounds excavated in Great Britain or Ireland.

Archaeologists have suggested that megalithic structures were usually used during the period when the people under whom they were built were still alive. The repeated use of these structures after several centuries may have been a way of securing certain social roles for people.