(ORDO NEWS) — At its peak, the monster iceberg A68 was dumping more than 1.5 billion tons of fresh water into the ocean every day. For comparison, this is about 150 times the amount of water consumed daily by all residents of the UK.

For a short period, the A68 was the largest iceberg in the world. 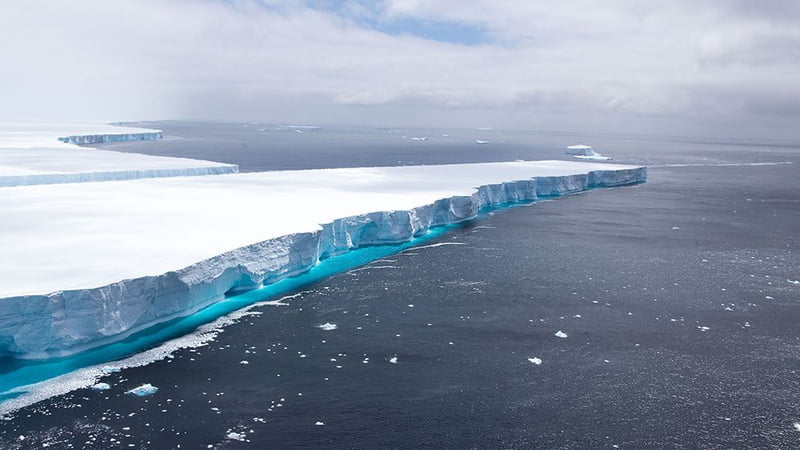 One trillion tons of ice has disappeared.

Researchers are currently trying to determine what impact A68 had on the environment.

A team led by experts from the University of Leeds analyzed all the satellite data to calculate how the giant’s size changes as it moves north from the White Continent, across the Southern Ocean and into the South Atlantic.

This allowed the team to evaluate the different melting rates over the three and a half years of the megaberg’s existence.

One of the key periods was apparently at the end, when the A68 was approaching the warmer climate of the British Overseas Territory of South Georgia. 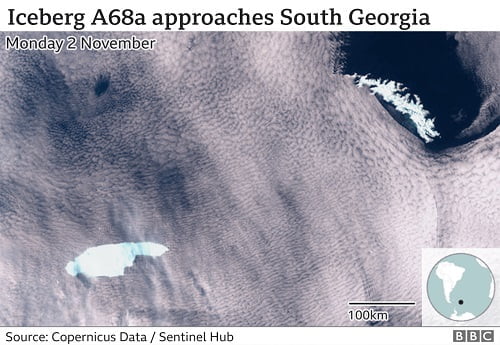 For some time, there have been fears that the giant block could run aground in the surrounding shallow waters, cutting off the feeding paths for millions of penguins, seals and whales.

But that never happened because, as the team can now show, the A68 lost enough keel depth to keep it afloat.

“It looks like it briefly touched down on the continental shelf. At that point, the berg turned around and we saw a small chunk break off of it. But that wasn’t enough to run the A68 aground,” Dr Anna Braakmann-Folgmann of Leeds.

“And I think you can see the reason for this in the thickness estimates,” study co-author Professor Andrew Shepard added. By that time, the keel berg averaged 141 m, and the bathymetric maps (depths) in the area showed 150 m. “In the end, it was very difficult.”

By April 2021, A68 had disintegrated into countless small fragments that could not be tracked. But its impact on the ecosystem will be much more long-term. 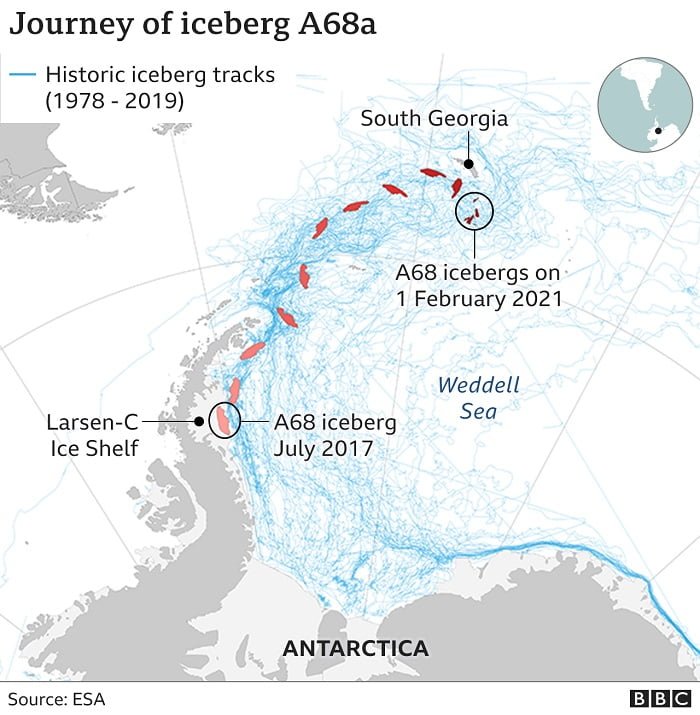 Today it is recognized that the giant tabular, or flat-topped, bergs have a significant impact wherever they are.

Their influx of fresh water will change the local currents. And the iron, other minerals, and even organic matter that they collect during their lives and then dump into the ocean will contribute to biological production.

The British Antarctic Survey has been able to place a number of glider robots in the A68 area to monitor conditions before the ice mass completely disappears.

The data from these and other instruments, while not yet fully analyzed, revealed some interesting features, said biological oceanographer Professor Geraint Tarling.

We think there is a really strong signal in the changing phytoplankton flora around A68, as well as the actual deposition of material in the deeper parts of the ocean. “The particle sensor on the airframe was picking up very strong deposition signals coming from the berg,” he told BBC News .

Detailed information on the A68 shape change and freshwater flows can be found in an article published in the journal Remote Sensing of Environment.