(ORDO NEWS) — Europeans in the Middle Ages enhanced libidinal intimacy with medieval aphrodisiacs, some of which are truly bizarre.

Speaking on the Betwixt the Sheets: The History of Sex, Scandal, and Society podcast hosted by sex historian Kate Lister, Dr. Yanega focused on the medieval aphrodisiacs women used to prepare their husbands for lovemaking, and the results were shocking!

“There are a lot of options here, and interestingly, a lot of them are related to food. In most cases, these will be ways to get your husband to eat something that has been in contact with your body,” she said.

One of these seemingly strange methods was to knead the dough on your naked body, then bake it and serve it to your husbands.

A similar principle of seduction was to douse your naked body with honey and then take it off before putting it in other things. Honey generally played a big role in medieval aphrodisiacs, Dr. Yanega added.

In fact, the idea of ​​sweetness and medieval aphrodisiacs were commonly associated, including grinding rose petals into honey and then serving it to your significant other.

Dr. Yanega is the author of The Middle Ages: A Graphic History, a deeply documented revisionist history that aims to debunk the myth that medieval European life consisted only of death, decline and crushing levels of poverty.

In this book, she briefly touches on the concept of sex and lust, focusing on the role played by the medieval church in creating the concept of guilt around lust and pleasure, which were subject to punishment.

For a long time, stories about women and their personal lives have remained outside the annals of history, remaining dust in archives and libraries, but the revisionist feminist history of the last 30 years has been steadily changing this narrative.

Dr. Yanega’s work, past and present, aims to reverse this narrative of neglect and subjugation of women to the desires and satisfaction of the men of history.

She quoted the absurd “Penitential Manual” of a 10th century CE bishop. Burchard of Worms, which tells how the priests asked members of their community to confess their sins, from which she learned about another mind-blowing trick.

Some women are said to have placed live fish in their vaginas and waited for it to die, then cooked and served to their husbands. If they confessed to this sin, the bishop wrote that he recommended two years of repentance on the established fast days.

However, Yanega is quick to dismiss the bishop’s far-fetched claims that the women actually used live fish in this way. She is right in pointing out the unreliability of the (theoretically) celibate male narrator, who in all likelihood projects his ignorance and desires onto these medieval historical records. 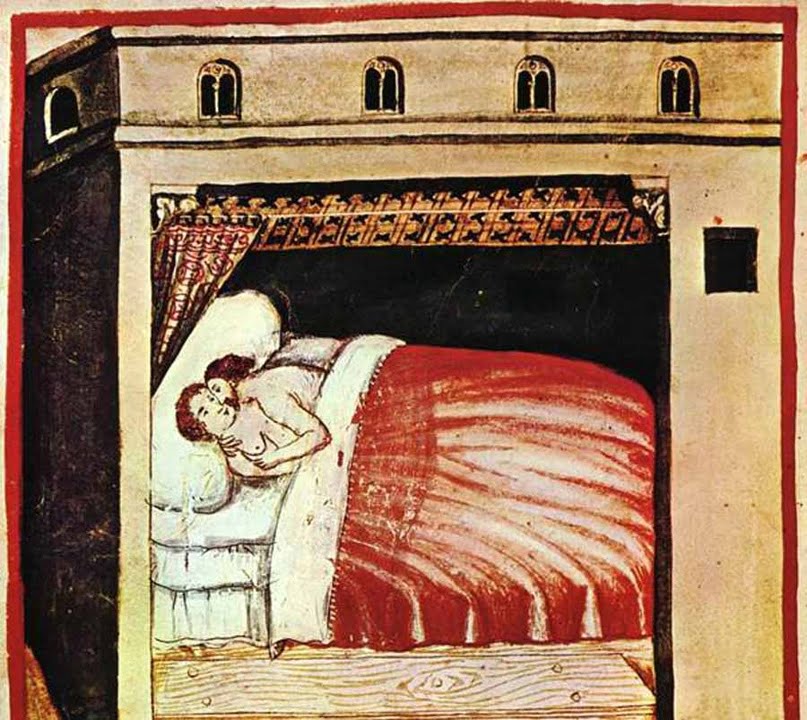 However, “you are what you eat” was extended to the bedroom in every way, using edible foods and substances that came into contact with the wife’s body, which were then used for cooking and eventually feeding the respective husbands.

These theories were reflected even in medieval medical theory. Eating and drinking were among the six unnatural things on which health depended, according to the medieval historian Dr Catherine Harvey, lecturer at Birkbeck University London.

She writes for the blog Notches, a site that academically explores the international history of sexuality.

In her 2014 blog on the main aphrodisiac of the Middle Ages, she claims that food and drink were considered a remedy for sexual problems such as impotence and infertility, and late medieval (late 13th-early 16th century AD) medical texts provided a dizzying amount of exciting products and tips for the medieval man.

She cites the Islamic scholar Constantine the African (who ended his life as a monk by converting to Christianity), who was a prolific translator of Arabic texts into Latin.

In one of his works, De Coitu, which was a treatise on human fertility and sexual intercourse, he writes about “desire-producing foods and herbs”, saying that”… which foods produce or suppress sperm, stimulate or prevent desire, generate sperm and induce sexual intercourse, wither and reduce sperm; so that men may abstain or take foods contrary to their condition.

What is clear is that most medieval men did not have effective sexual tools to satisfy their partners, and many fictional works reflect this reality. Dozens of plays, dialogues, and novels have been written by men in which female protagonists discuss sexual frustration at the hands of their husbands at length.

Medieval aphrodisiacs and techniques were used to make men more passionate. And many of these myths remain in popular culture and imagination even today, despite advances in medical science and research that debunk most of these practices.