(ORDO NEWS) — In 1965, the English physicist and mathematician Roger Penrose proved that the existence of black holes literally follows from Albert Einstein’s general theory of relativity.

Next, Penrose established that a singularity is hidden inside black holes – a point in space-time, as it approaches, the laws of physics cease to apply.

Five years later, Penrose formulated the principle of “cosmic censorship”, applying determinism (the past cannot be changed, but the future is predetermined) to space-time, which led the scientist to an incredible conclusion: inside black holes, the past is destroyed, but an endless variety of futures is formed.

That is, according to Penrose, a person, once in a black hole, can stumble upon areas that will erase his past and generate an infinite number of futures.

Only now Penrose did not see the point in this, since the gravity of a black hole will split a person into elementary particles. 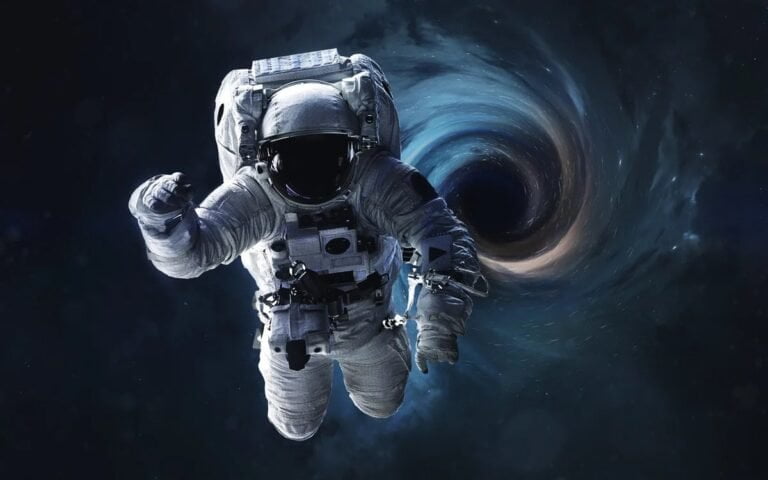 Many scientists took Penrose’s work with hostility, since at that time the existence of black holes remained a big question.

Therefore, any “fraud” with hypothetical objects was often considered a waste of time or even a manifestation of stupidity.

However, in 2020, Penrose received the Nobel Prize for his life’s work. It was his desire to understand the nature of black holes that brought an award and an army of followers who continued to study “gravitational monsters.”

In 2017, Peter Hintz, a mathematician at the University of California, published his paper disagreeing with Penrose.

Hintz, relying on the same General Theory of Relativity, came to the conclusion that there are black holes, which can be something like “portals” to other dimensions or even universes.

According to Hintz, a person who has fallen into an atypical black hole will instantly lose his past and move to another world (dimension), where one of the variations of the future awaits him. “If I’m not mistaken, no one plans to jump into a black hole in the near future, which means that this issue can only be approached theoretically,” Hintz said.

“My solutions only made Einstein’s equations more interesting.

Erasure of the past is an unusual, unique possibility that, importantly, does not violate the laws of physics.”

Would you risk abandoning the past for an unpredictable future? Perhaps black holes are an opportunity to start life from scratch or… live someone else’s life.