(ORDO NEWS) — But new archaeological finds and the study of Egyptian mummies show that the practice is actually more than three millennia old.

In a new study at the site of the New Kingdom of Deir el-Medina (1550-1070 BC), researchers Ann Austin and Marie-Lys Arnett found evidence that tattoos on an ancient body and tattooed figurines are likely associated with the ancient Egyptian god Bes, who protected women and children, especially during childbirth.

New evidence has been obtained from two adjacent tombs. Among the human remains from one tomb was the left femur of a middle-aged woman.

The surviving skin showed patterns of dark black coloring, creating an image that, if it were symmetrical, would run along the woman’s lower back.

To the left of the horizontal lines of the tattoo is an image of a Bes and a chalice, images associated with ritual cleansing during the weeks following childbirth. 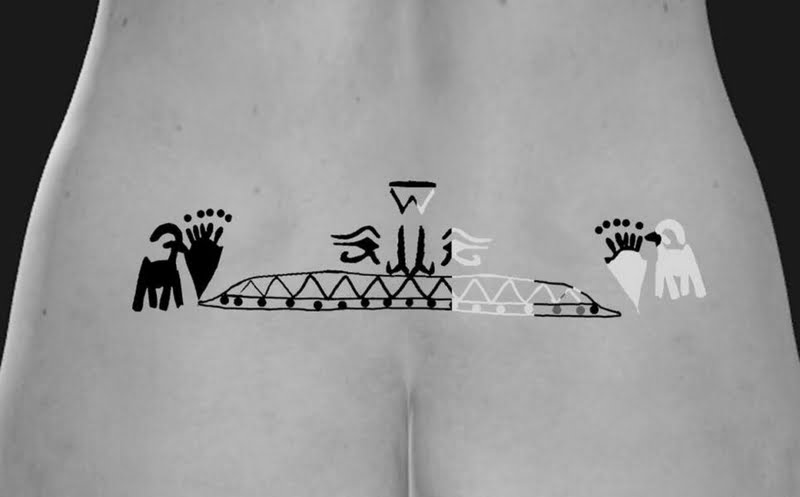 The second tattoo belongs to a middle-aged woman found in a nearby grave. Infrared scanning helped reveal the tattoo, which is difficult to see with the naked eye.

A reconstruction of this tattoo shows the Widjat or Eye of Horus and a possible depiction of a Bes wearing a feathered crown. Both images suggest that this tattoo was associated with protection and healing.