(ORDO NEWS) — A massive sunspot has formed on the Sun, which will be turned towards our planet, which can lead to large and very strong flares aimed at the Earth.

The sunspot AR2770, which was recorded earlier this week, will increase in size. This particular sunspot has already emitted several minor flares, which have caused nothing serious, except for “small waves of ionization running through the upper atmosphere of the Earth.”

However, this sunspot, which can be up to 50,000 kilometers in diameter, can release enormous amounts of energy, which in turn can lead to solar flares. 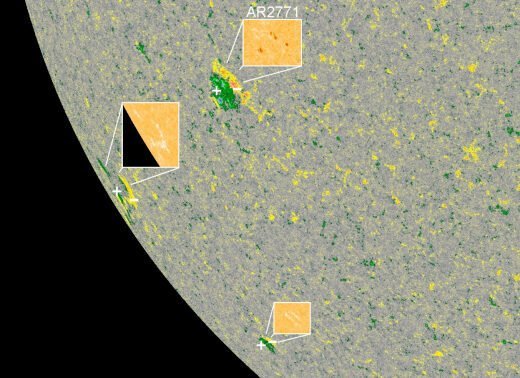 According to the National Oceanic and Atmospheric Administration (NOAA), CMEs can “oscillate electrical currents in space and excite electrons and protons trapped in Earth’s changing magnetic field.” Solar flares caused by these CMEs can also cause intense light in the sky, called auroras. 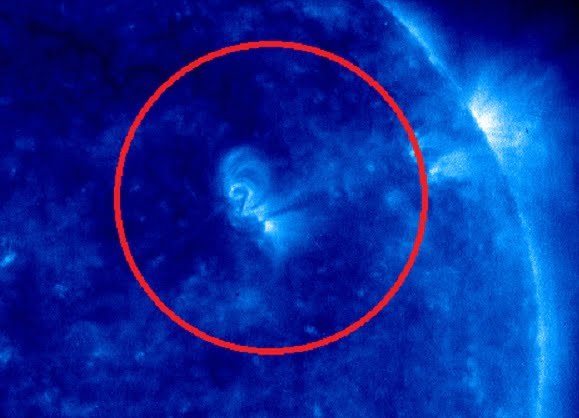 What is a sunspot?

A spot is a dark area in the sun that appears dark on the surface and is relatively cooler than other parts. These sunspots contain electrically charged gases that create areas of powerful magnetic forces. Gases on our Sun are constantly moving, which causes irregularities in this “magnetic field”. This activity is also called “solar activity”. The levels of solar activity do not remain the same and differ from one solar cycle to the next.

What is a solar flare?

Solar flares are the result of changes in the magnetic fields at sunspots that cause a huge explosion. These solar flares are often thrown into space. The energy of the explosion of solar flares can be equivalent to a trillion atomic bombs dropped on Hiroshima and Nagasaki in 1945.

Is a new 25 cycle starting?

At the moment, there is no complete confidence in the beginning of the 25th solar cycle, which will mark a gradual increase in solar activity. Only one thing is clear – the solar minimum, if suddenly it continues, nothing good for our planet and, accordingly, will not bring us all.

Due to the practically zero activity of the Sun on Earth, record levels of cosmic radiation are recorded. To put it simply, our entire planet is essentially turned into a huge microwave.

But the resumption of solar activity after a long period of calm is also not good, since no one can predict the levels of this activity, and if it is high, this could potentially lead to a powerful super-flash that will cover the Earth.