(ORDO NEWS) — The most biodiverse ecosystems in the ocean are usually found in tropical waters around the equator, but global temperature rise is forcing aquatic life faster and faster to leave their usual habitats.

According to a study by Australian scientists from the universities of Auckland, Queensland and the Sunshine Coast, climate change and rising temperatures have affected not only ocean inhabitants, but also caused an increasing migration of people living near the equator.

An article published by Australian researchers in The Conversation suggests that we may be on the verge of a mass extinction caused not only by inhospitably hot water around the equator, but also by the destruction of the ecosystem, which occurs due to the massive migration of organisms.

“When the same thing happened 252 million years ago, 90 percent of all marine species died,” the scientists write.

Scientists have traced the distribution of nearly 49,000 different species in the ocean to find out where and why they move. Usually, the distribution of ocean life is a bit like a “bell” curve: only a small part of the species live near the North and South Poles, but most prefer the warm waters of the equator.

Now that curve, according to a study published in the journal PNAS, is changing rapidly as so many marine life have left the equator. 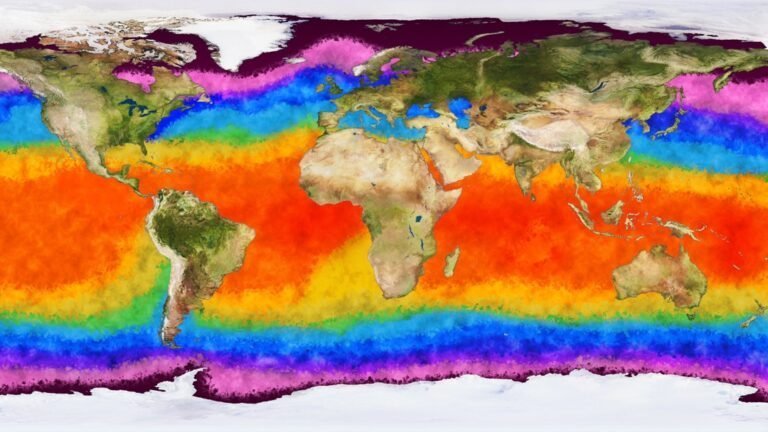 Scientists warn that as equatorial inhabitants find new homes, they are effectively becoming invasive species (spread by human activities that threaten the biodiversity of a region), competing with local inhabitants for food, space and other resources. This naturally leads to the extinction of some species.

This threatens not only the biodiversity and ecological health of the planet as a whole, but also human communities for which the ocean is a source of food and income. All this makes immediate action to combat climate change all the more urgent.