(ORDO NEWS) — Planetary scientists working with the SEIS Martian seismograph, in the course of re-analysis of the data collected by it, found 47 new marsquakes.

Their source, according to scientists, may be the activity of magma in the upper mantle of the planet and the ongoing volcanic processes in the depths of the Cerberus Furrow fault network. The article was published in the journal Nature Communications.

One of the unresolved questions in the study of the interior of Mars is whether convective processes still operate in the planet’s mantle or whether they stopped in the past.

The answer to this question is important for understanding when exactly Mars lost its global magnetic field, since convection in the mantle contributes to heat transfer at the core-mantle boundary, and, as a result, to the dynamo effect.

The core of the planet may still be completely molten or solidified, or composed of a combination of these aggregate states. 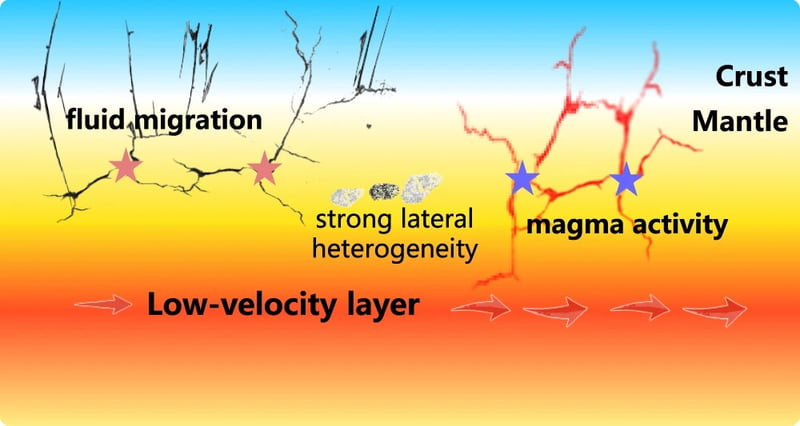 The fact that the core of Mars may still be liquid, but devoid of convection, is indicated by data collected by the Mars Global Surveyor orbiter and the InSight seismograph station, but they are not enough.

Even if the heat transfer at the core-mantle interface is sufficient for convection to occur in the core, the layer of the liquid core itself may be too thin to ensure the operation of the dynamo mechanism.

To more accurately understand the current properties of the planet’s interior, scientists need new data on the seismic activity of Mars, which may be associated with the movement of magma in the mantle or lower layers of the crust.

Hrvoje Tkalčić of the Australian National University and Weijia Sun of the Institute of Geology and Geophysics of the Chinese Academy of Sciences have published the results of an analysis of seismic data collected by the SEIS seismograph of the InSight station from February 12, 2019 to March 31, 2020.

The aim of the work was to systematically search for marsquakes that may have gone unnoticed in previous studies, using the matched filter method and Benford’s law, which were tested earlier in the search for earthquakes. The search was based on nine patterned quakes recorded earlier. 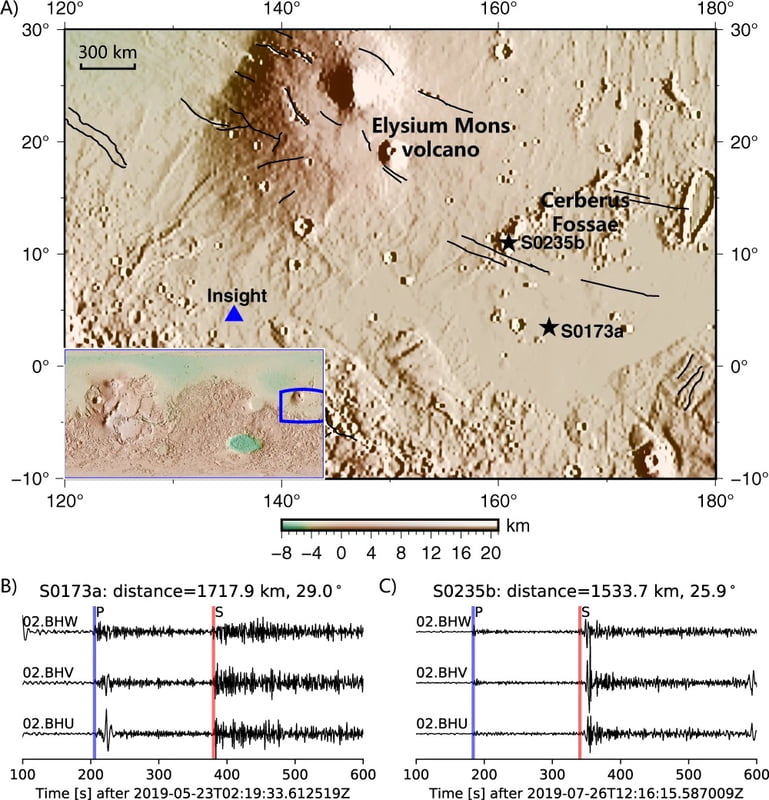 As a result, 47 new seismic events were discovered, most of which occurred during the daytime. These quakes, according to the researchers, are not associated with stresses in the surface layer of the planet, arising from heating and cooling, or tidal forces from Phobos.

Instead, they are repetitive events that occur in the same places and are similar to the low-frequency “parent” Mars quakes S0173a and S0235b that were observed in the region of the Cerberus Furrow fault network, which is considered a very young tectonic structure.

Scientists came to the conclusion that they cannot completely exclude tectonic processes as the cause of the observed marsquakes, however, the most preferable interpretation of the observational data is the ongoing volcanism in the bowels of the studied area, which can manifest itself in the form of migration of magma in the upper mantle, its intrusion into the crust, or degassing of volatile substances. and pressurizing subsurface magma reservoirs.