(ORDO NEWS) — The Spirit rover has transmitted photographs to Earth that indicate a strange phenomenon found among the received frames.

Well-known ufologist Scott Waring drew attention to this phenomenon. He has been trying to find all sorts of oddities in the photos of other planets for quite a long time.

This time, he noticed something strange in those photos that were obtained from the rover back in 2009. Then the device fixed a group of stones.

Several photographs were taken at once. Waring saw that in one picture there was an object between two large rocks, and in others it was no longer. Instead, objects with a similar shape, but noticeably smaller, are located in the same place. 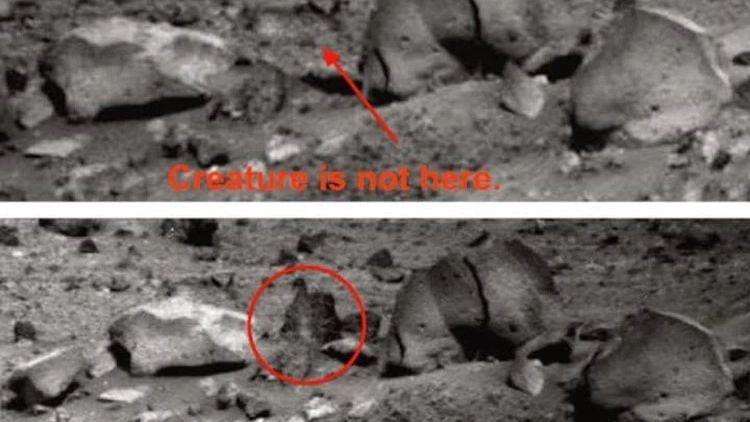 The ufologist believes that these objects may well be alive and therefore they jumped from one place to another without any problems. This leads to the conclusion that there is still life on Mars and some representatives of this life resemble ordinary stones in their appearance.

Skeptics have their own version of this phenomenon. They believe that the photos were taken from different angles by the rover. As a result, the object from the first images simply disappeared behind larger rocks. Because of this, the illusion appeared that they had disappeared where.

The oldest man on the planet

The oldest man on the planet