(ORDO NEWS) — The European Space Agency has released a snapshot of an unusual depression at the south pole of Mars, taken by the Mars Express orbiter. It was formed by the sublimation of ice, erosion of rocks and the fall of a meteorite and, according to scientists, looks like a Christmas angel. This was reported on the agency’s website.

The polar regions of Mars are of particular interest to planetary scientists, as they contain huge reserves of water ice and frozen carbon dioxide. Their research is needed not only to understand the structure and composition of the polar caps, seasonal changes in ice cover and its impact on climate, but also in terms of planning future manned flights to the planet, as well as assessing the suitability of Mars for life now or in the past. In the latter case, a curious place for scientists is the south pole of Mars, where subglacial lakes with liquid water were recently found.

On the 17th anniversary of the Mars-Express spacecraft entering orbit around the Red Planet, researchers working with it published a photograph of an unusual structure located in the southern polar region of Mars and similar, according to scientists, to a Christmas angel. The image was compiled from several images taken by the onboard HRSC (High Resolution Stereo Camera) camera on November 8, 2020, the photo resolution was 15 meters per pixel. 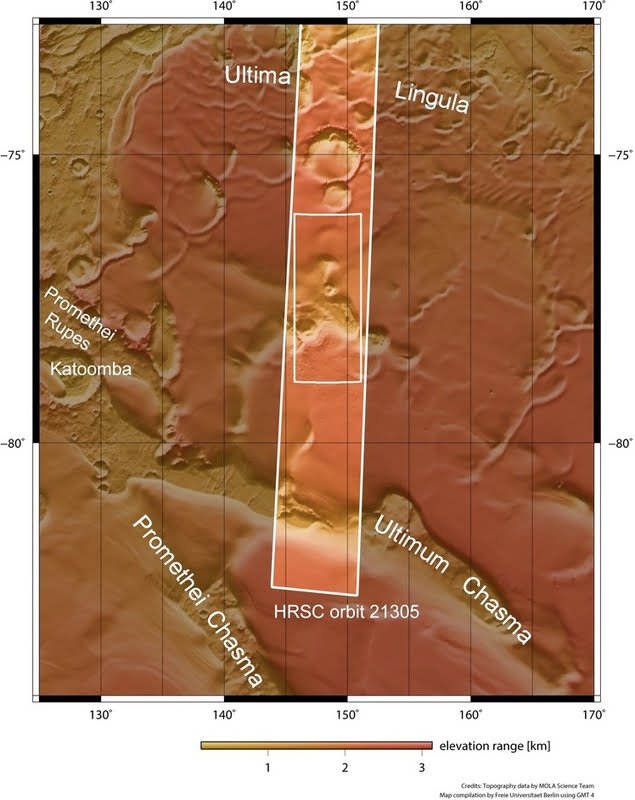 Astronomers first detect a radio signal from an exoplanet

Astronomers first detect a radio signal from an exoplanet