(ORDO NEWS) — It happened on October 30, 2021 in Whitehall, Illinois (USA). The case was published on the local UFO blog ufosnw.com.

An unnamed eyewitness said that at 4:06 a.m. he suddenly woke up and immediately saw five unnaturally long fingers near his face. Then he saw that these fingers belonged to one of the three humanoid creatures that stand next to his bed.

The creatures were about 5 feet (1.5 meters) tall and had large black eyes. Suddenly, something hit the wall, after which the creatures instantly disappeared.

Examining himself after this incident, the eyewitness found three scratches on his neck, where the fingers of the creature touched. He also provided a photo of these scratches. 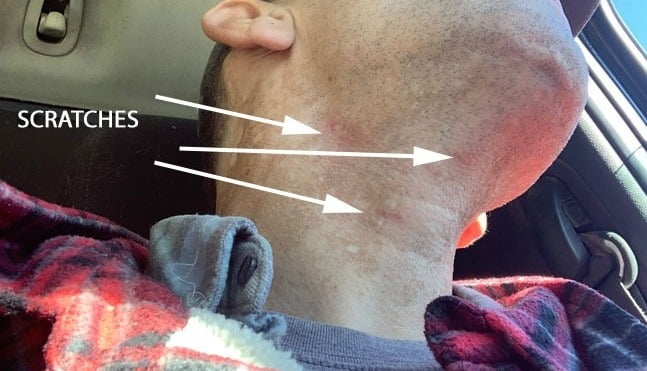 This was not the first time this person had encountered aliens. According to him, on May 27, 2021, an alien ship landed in a field near his private house and left footprints.

A man saw a UFO landing on a field when he got up at night to go to the toilet. He saw several lights in the window moving across the sky, and then he noticed a single bright orange object with 6 or 7 lights.

The eyewitness was very frightened and even began to lament “Don’t hurt me,” but the UFO just sat down on the field, and then silently flew away. Initially, the object appeared to be elongated, like a cigar, but when lifted, it took on the shape of a saucer.

Later, this eyewitness planted soybeans in his field, and in the place where the UFO landed, the beans never sprouted, there was an empty place there. He showed a photo of this field after the UFO landing and after the beans grew there in the fall. 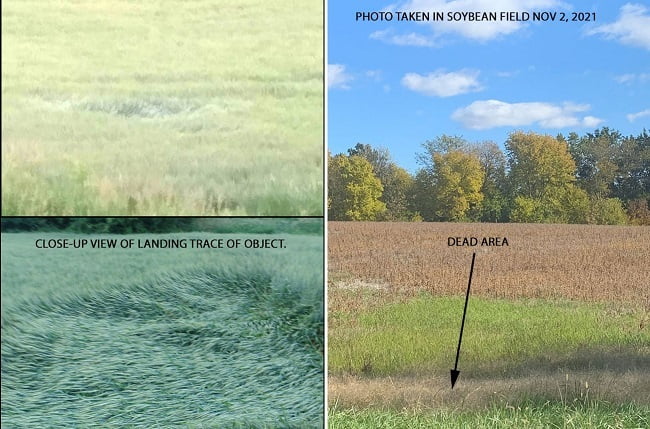 Now, after three aliens were suddenly in his bedroom. this man is very afraid that they will come for him again.

According to the administrator of ufosnw.com, some may say that this is an episode of sleep paralysis and he himself cannot exclude this, since he is not an expert on sleep disorders. However, a witness personally told him that this was the only time this happened to him.

Considering also the earlier episode of the UFO landing in his field and the impact of the trail on the growth of soybeans, the admin suggests that this case is very true.