(ORDO NEWS) — The Briton claims that the hypnosis session brought back vivid memories of his past life as a photographer and aircraft gunner during the First World War.

Steve Mulligan was born in 1961 in Manchester, but he also has very clear memories of growing up in Llandudno, Wales in the early 20th century. He claims to have grown up like Sidney Sutcliffe and died at the age of 24 after his plane was shot down on the Western Front during World War I.

He always had these strange memories, reproduced in black and white, of looking down from the sky, but he could never make sense of them. And then he went to a hypnosis session and found himself remembering his past life.

“I’ve always been drawn to Llandudno since I was a kid, even when I came here as a kid I knew the way and my mom was amazed that I knew where to go,” Steve recently told the Daily Post.

“As we walked, I had a feeling of deja vu, as if I had been here before. And only when someone suggested doing a past life regression, everything became clear.”

During a hypnotherapy session with Paul Goddard, the 61-year-old allegedly recalled his past life, including joining the Fusiliers at Wrexham, then joining the Royal Flying Corps and working as a photographer and marksman during World War I.

He even recalled his last assignment, an aerial reconnaissance flight over enemy lines in the Cambrai area, France, and looked down before the aircraft came under enemy fire and crashed.

“I remember that feeling when the plane was going down and it was very weird because I couldn’t control it,” Mulligan said.

“I felt this death of people, but I could not do anything.”

While he understands why most people are skeptical of his story, Steve Mulligan says it would be impossible to find the name of a person who was actually born in Llandudno and lived there at the same time as his past life memories.

“I didn’t know anything about Llandudno other than coming here as a child until I regressed,” said the 61-year-old.

“I’ve never heard the name Sidney Sutcliffe, so it’s unbelievable for me to choose this name from millions of names and be the one who actually lived in Llandudno.”

Steve recently visited the Llandudno War Memorial and indeed found Sidney Sutcliffe’s name among local soldiers who died during World War I, as well as among the graves of Sidney’s parents.

“Seeing Sidney’s name on the grave was exciting, and I’m still trying to figure it out. It’s a strange feeling,” Mulligan said.

“The strange thing is that his mother (Rhoda) died in 1960 and I was born nine months later in 1961. So for me it’s like she’s waiting for her death so I can be reborn, and that’s why I’m here.”

How a regional conflict escalated into World War I

How a regional conflict escalated into World War I 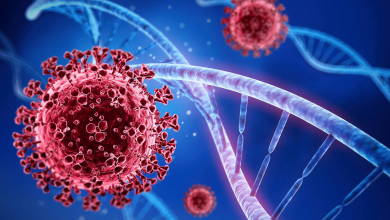