(ORDO NEWS) — The invention of the telescope has greatly expanded our ability to explore space, but modern astronomers rely on more than just optical telescopes. Some really distant objects that cannot be seen even with the most powerful optical telescopes become within reach with the help of radio telescopes.

What is a radio telescope?

In 1933, Karl Jansky , an American astronomer, physicist, and radio engineer from Wheaton, Illinois, first reported the discovery of cosmic radio emission, and in 1936, radio engineer and amateur astronomer Grote Reber built a small radio telescope right in his backyard to further explore the mysterious phenomena discovered by Jansky. It was then the first telescope in history to receive radio waves.

Simply put, radio telescopes can show us things that optical telescopes don’t, and through their use, astronomers can improve our understanding of the universe.

Since the creation of the first radio telescope, many previously unknown objects and phenomena have been discovered, and radio telescopes continue to improve, expanding our knowledge and helping to make new discoveries.

The following are some of the most significant discoveries made with radio telescopes that paved the way for new research.

The orbit of Mercury and the temperature of Venus

Radio telescopes have helped astronomers learn new things about the planets of the solar system , especially the orbit of Mercury and the temperature of Venus .

At first it was believed that the period of rotation of Mercury around its own axis coincides with the period of its revolution around the Sun, which is 88 Earth days.

However, in 1965 Gordon Pettengill and Rolf Diess of Cornell University reflected radar signals from Mercury to measure the planet’s rotation rate using the then 300-meter Arecibo radio observatory in Puerto Rico. 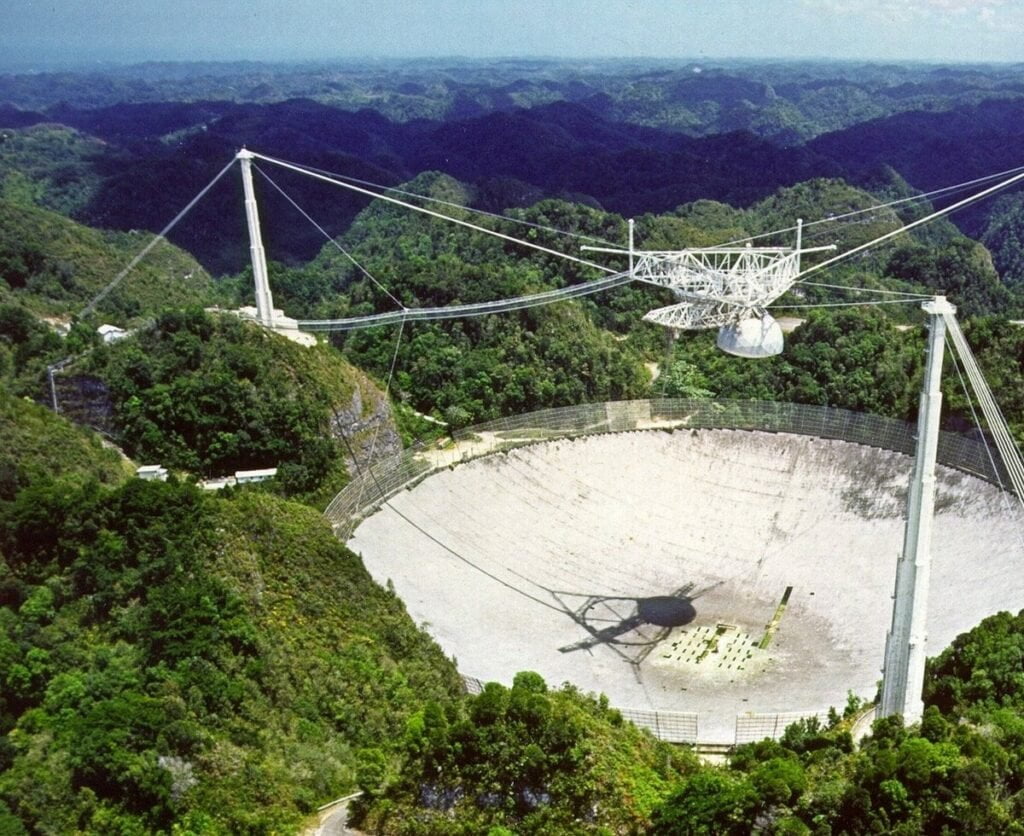 Subsequently, scientists found that Mercury’s rotation rate is a little less than 59 days instead of 88. This indicates that Mercury makes three revolutions on its own axis for every two revolutions around the Sun, and its day is 2/3 of its 88-day year.

Since the surface of Venus is hidden by a dense cloudy atmosphere, astronomers did not have the opportunity to study its features until the advent of radio telescopes.

Radio telescopes work by collecting radio emission from the surface, which penetrates through a dense atmosphere, which is not a significant obstacle for them.

Thanks to radio waves, astronomers learned about the surface temperature of Venus, which is now known to average 462 degrees Celsius. Radio telescopes also helped to learn more about the speed of rotation, the structure of the atmosphere and the features of the surface of the neighboring planet.

In 1974, astrophysicists Russell Hulse and Joseph Taylor discovered the pulsar PSR B1913+16, which is today known as the Hulse-Taylor double pulsar. In their work, for which they were awarded the Nobel Prize in Physics in 1993, the scientists used the giant radio telescope at the Arecibo observatory.

A binary pulsar is a pulsar that sits next to a white dwarf or neutron star, which helps balance its mass and direction of gravity. The binary pulsar PSR B1913+16 lies 20,870 light-years from Earth and has a pulse period of about 59 milliseconds that changes by about one thousandth every 7.75 hours. 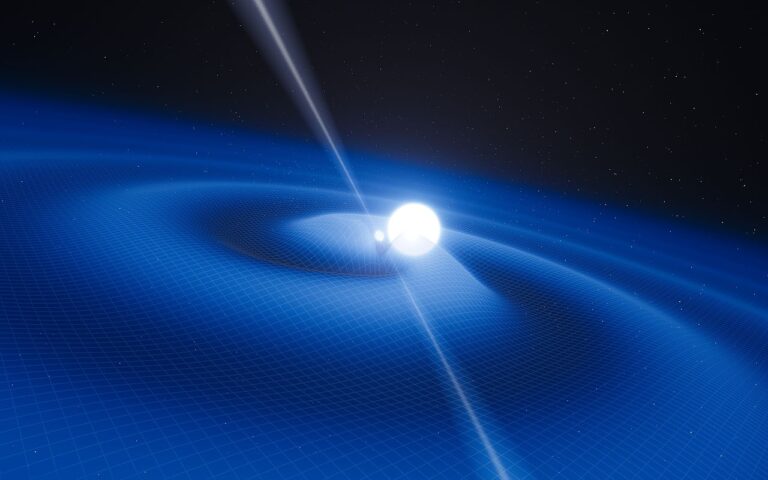 Radio telescopes see about 10% of known quasars or “quasi-stellar radio sources” in space. These objects radiate enormous amounts of energy, and when viewed through optical telescopes, they look like stars; hence the name quasi-stellar.

First image of an asteroid

The first asteroid modeled using radar images was 4769 Castalia. The asteroid was discovered on August 9, 1989 by Eleanor Frances Helin , an American astronomer who discovered many comets and asteroids, when the object passed within 5.6 million kilometers of Earth. 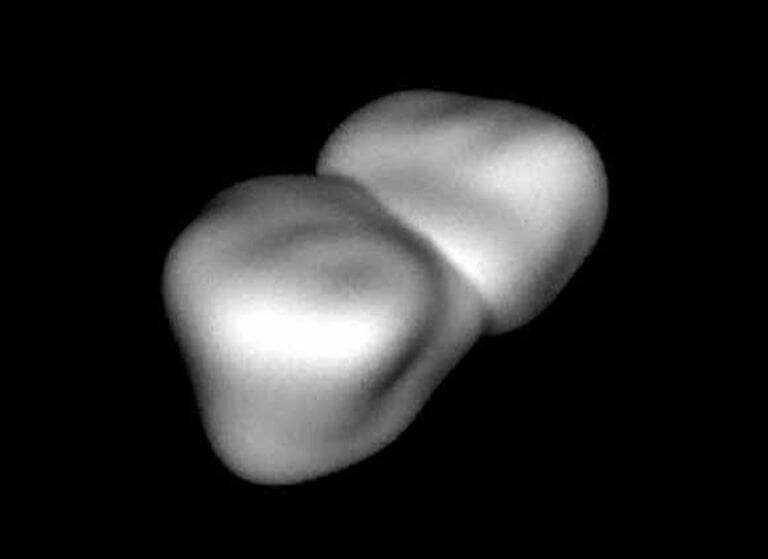 Astronomers Scott Hudson and Steven Jeffrey Ostro, using detailed time delay data and Doppler data from radio waves, were able to create a three-dimensional computer model of Castalia. The asteroid turned out to be a contact-double, having the shape of a dumbbell.

Castalia has a width of about 1.8 kilometers and a mass of 5 * 10 ^ 11 kilograms. The asteroid makes a complete revolution around the Sun in 1.1 years. The next close pass near the Earth will take place on August 26, 2046, when the minimum distance between objects will be 3,754,907 kilometers.

On January 9, 1992, astronomers Alex Wolschan and Dale Fryle discovered two exoplanets orbiting the pulsar PSR 1257+12. Like most of the discoveries on this list, this happened at the Arecibo Observatory in Puerto Rico. 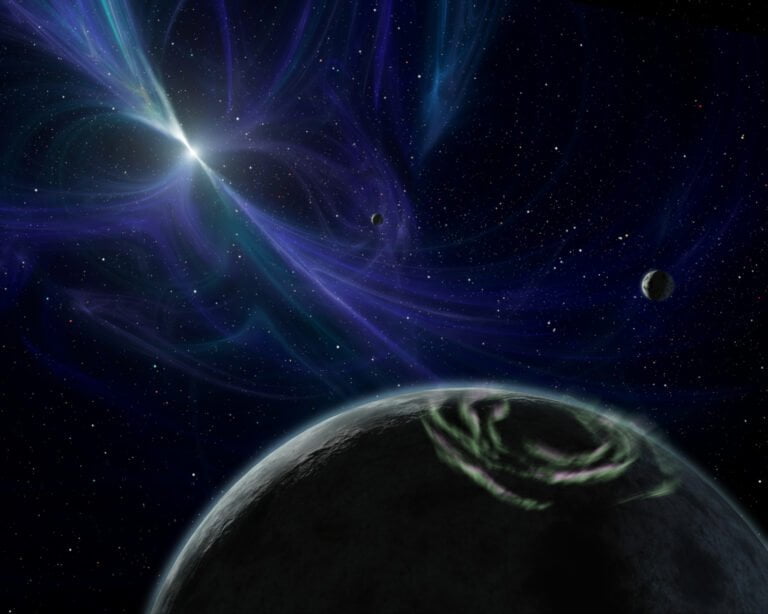 Recall that exoplanets are planets outside the solar system. The discovered exoplanets turned out to be about four more massive than our planet.

These exoplanets are believed to orbit the aforementioned pulsar, located about 2,300 light-years from Earth in the constellation Virgo.

The innermost exoplanet orbits its parent star in 67 days, while the outer one takes 98 days. Most likely, there is also a third exoplanet in this system, which is further from the pulsar and orbits it approximately every 360 days.

They might have missed something : scientists are looking for traces of aliens in old data on radio telescopes

They might have missed something : scientists are looking for traces of aliens in old data on radio telescopes