(ORDO NEWS) — In the summer of 2017, catching the moment of gravitational lensing, scientists directed the NASA / ESA Hubble Space Telescope towards the distant disk galaxy MACS 2129-1.

The “natural lens” effect and the capabilities of the telescope made it possible to establish that the “close-packed” ancient galaxy MACS 2129-1 is half the size and three times as massive as the Milky Way , and stars have not been born in it for more than 10 billion years. MACS 2129-1 is a zombie galaxy.

Yes, in astronomy there is such a thing as “zombie galaxies”, and this class includes galaxies in which star formation has stopped for some reason.

MACS 2129-1 is one of the first discovered galaxies of such an unusual class, the discovery of which has become a “headache” for astronomers.

Numerous observation sessions have not been able to explain what caused the cessation of star formation at such a young (at that time) age of the galaxy.

There are still billions of stars in MACS 2129-1, mostly red giants and red dwarfs that formed just a few billion years after the Big Bang.

All these luminaries, as in any other galaxy, revolve around the center, but this happens two times faster than in the case of the stars of the Milky Way.

This may indicate that a supermassive black hole lurks at the center of MACS 2129-1, possibly several times as massive as the Sagittarius A* black hole at the heart of our galaxy.

Scientists are considering two theories that can explain such an early extinction of star formation in a zombie galaxy: 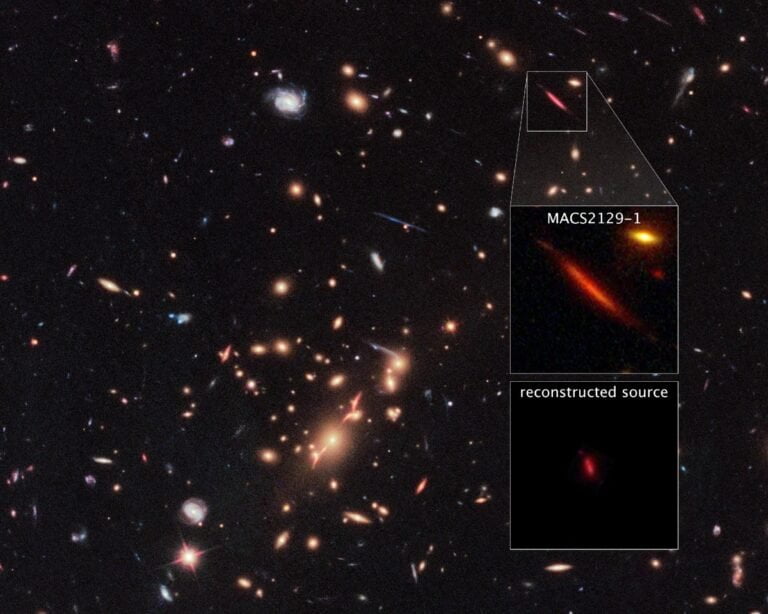 It is noteworthy that our Milky Way, according to one theory , is also a zombie galaxy. By measuring the age of more than 70,000 stars, scientists have determined that the Milky Way has been expanding from the center to the perimeter for 13.6 billion years, which is only 200 million years less than the age of the universe itself.

It is quite possible that our Galaxy has also “outlived its own”, but we do not know about this, since we are inside and are not able to study all the processes from the outside.