(ORDO NEWS) — France does not need to follow European countries that impose restrictions on the stay of unvaccinated people due to the spread of the COVID-19 virus, thanks to the success of its health care system in containing the spread of the virus, said President Emmanuel Macron.

Europe is once again the epicenter of a pandemic, prompting several countries, including Germany and Austria, to re-impose restrictions ahead of Christmas and sparking debate over whether vaccines alone are enough to tame COVID-19.

“The countries that block access to the unvaccinated are those that have not introduced a (health care) access regime. Therefore, this step is not needed in France,” Macron told La Voix du Nord in an interview published on Thursday.

In France, going to restaurants, cafes and cinemas and traveling on long-distance trains, among other things, require proof of vaccination or a recent negative test.

Europe last week accounted for more than half of the world’s seven-day average infections and about half of the latest deaths, according to Reuters.

German Chancellor Angela Merkel on Thursday announced a restriction of public life for those who have not yet been vaccinated in areas where hospitals fill dangerously quickly with COVID-19 patients. Austria has also imposed restrictions on the unvaccinated. read more

Earlier that day, several hundred people protested outside the Austrian embassy in Paris against Austria’s restrictions, fearing that France could be the next country to impose restrictions aimed at reducing the circulation of the virus. read more

Macron said he is still awaiting guidance from health authorities on whether to extend the third dose to all those eligible for the vaccine.

Vaccinations are currently available for those over 65 and infirm and will be required from December to obtain a valid health pass for this age group.

“If it is proven that the third dose is effective and necessary for the general population, then obviously we will include it in the medical pass,” he said in an interview with La Voix du Nord. 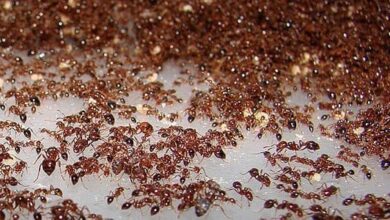