(ORDO NEWS) — American researchers have come to the conclusion that the abandoned Inca city of Machu Picchu has been called incorrectly for a century.

Historians put forward an assumption on the basis of documents recently found in the archives. The work of scientists was published in the publication Ñawpa Pacha: Journal of Andean Archeology.

The ancient city of the Incas in the Peruvian Andes was founded in the 15th century. In 1911, the abandoned settlement was found by the famous US explorer Hiram Bingham.

As part of their work, the experts studied Bingham’s personal notes, as well as local maps from the early 20th century.

It turned out that the Incas themselves gave the city the name Huayna Picchu in honor of the rock, which was located in the immediate vicinity of the settlement.

The name Machu Picchu was given to the city by mistake at the beginning of the last century by the name of the highest mountain located on the south side of the ancient settlement.

“We looked at many maps and atlases published before the discovery of the ruins of the city by Bingham.

And they found evidence that the Incas called their city simply Picchu, or, most likely, Huayna Picchu, ”write the authors of the work, researcher Donato Amado Gonzalez from the Ministry of Culture of Peru and archaeologist Brian Bauer from the University of Illinois.

Experts also found that there are indications of the remains of the Inca settlement in the atlas of 1904, and these ruins are called Huayna Picchu.

And from Bingham’s personal notes it turned out that local peasants told him about this city, calling it Huayna Picchu.

A year later, one of the local peasants pointed out to the researcher the erroneous name that had been given to the ruins, but it had already taken root. 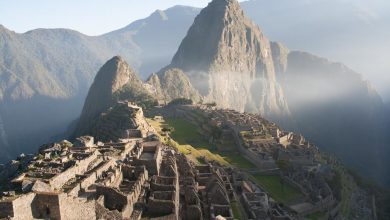