(ORDO NEWS) — This is the first confirmation of interoceptive perception in non-human primates, making them suitable models for studying depression, anxiety and other mental disorders.

People always listen to their own hearts. We feel how quickly it beats when we meet with danger , and, conversely, we get scared ourselves, noticing that the heart suddenly began to beat too hard.

Scientists from the National Primate Research Center in California have shown that rhesus monkeys also have the ability to sense a heartbeat.

This is the first demonstration of the existence of interoception in non-human primates, and makes these animals suitable models for the study of many mental disorders.

Interoception – the ability to sense the signals of internal organs – is an important element of feedback for our brain with the body. In recent years, it has been shown that disturbances in this perception can be somehow connected with the development of many disorders of the nervous system and psyche.

For example, people with depressive disorder have a poorer estimate of their heart rate. However, the study of these relationships proved to be extremely difficult. The centers responsible for the perception of interoceptive signals are located deep under the thick cerebral cortex and are practically inaccessible to non-invasive methods.

That is why scientists are looking with interest at animals that could become models of such diseases and better understand the mechanisms of interoception and the development of disorders.

But first it is necessary to determine exactly how animals are capable of such perception. Exactly such experiments on rhesus monkeys ( Macaca mulatta ) were carried out in California by Eliza Bliss-Moreau and her colleagues.

The scientists tracked the heart rate of four captive-bred monkeys while the screen showed a bouncy “ball” that bounced around at different paces, either matching the heartbeat or faster or slower than it. Animals were trained to watch the ball for quite a long time, receiving a delicacy – fruit juice.

Previous such experiments with human infants have shown that they follow the ball with their eyes for longer if the rhythm of its movements does not match the rhythm of heart contractions. Using eye-tracking tools, the scientists demonstrated the same for primates.

If the movement was synchronized with the heartbeat, then the macaques kept their attention on it for an average of 1.01 seconds. If the ball bounced only 10 percent faster or slower than the heart, then the gaze lingered on it 0.83 and 0.68 seconds longer.

According to the authors of the work, this is the first reliable evidence of interoception for primates outside the family of anthropoids.

It means that Rhesus can be used for deep studies of “internal” perception – for example, how the heart and the insula interact, the activity of which is closely related to interoception and plays a huge role in the processing of sensory information, the work of emotions, and possibly in emergence of consciousness.

In India, discovered a hidden species of macaques, formed due to geographic isolation

6 signs of impending heart failure to look out for

In India, discovered a hidden species of macaques, formed due to geographic isolation

6 signs of impending heart failure to look out for 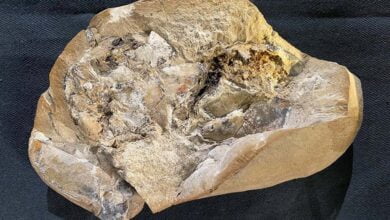 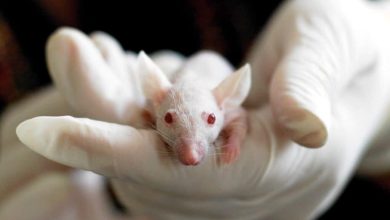 Human heart can heal itself