(ORDO NEWS) — The Moon is sometimes referred to as ” Earth ‘s Eighth Continent ” because our satellite contains a huge amount of valuable resources that are hard to ignore.

For example, from lunar regolith it is possible to extract helium-3 , a rare form of helium that can significantly increase the power of thermonuclear reactors, which progressive countries (the European Union, China, the USA and South Korea) are working on.

In addition, rare elements such as neodymium lie below the surface, which can be extracted and brought to Earth for the production of expensive electronics.

However, even if the extraction of resources is established, then regular launches of missiles back and forth are an expensive and risky pleasure.

Therefore, entrepreneurial people who dream of establishing resource extraction on the Moon are thinking about how to minimize costs with risks and ensure uninterrupted supply.

According to a study published in 2019, this issue can be solved with the help of… an elevator.

A cable about 384,000 kilometers long, attached to the lunar surface, would reach Earth orbit, but would not attach to Earth due to the relative motion of the two objects.

Solar-powered robotic trucks could travel up and down the cable, acting as a conveyor belt to bring precious resources into Earth’s orbit, where they could be incomparably easier to transport to the surface.

It may seem like an outlandish prospect, but Zephyr Penoyre and Emily Sandford, the Columbia University astronomy PhDs behind the study, calculated that it would take “only” a few billion dollars to build a lunar elevator.

That’s not much when you consider that NASA‘s Artemis lunar program, which would return Americans to the moon, would cost taxpayers $86 billion.

According to the study by Penoyre and Sandford, the lunar elevator will pay for itself in just 53 resource deliveries, and after that it will work for the benefit of the economy, guaranteeing growing profits.

The cable, which would be no thicker than a pencil, would weigh only 40 tons – which is equivalent to the carrying capacity of modern rockets such as SpaceX ‘s Starship.

Since the lunar elevator would not be connected to the earth’s surface, it would not have to contend with gravitational forces to maintain its integrity.

In addition, there is no dense atmosphere on the Moon, which means that the cable can be made from affordable and inexpensive materials such as Kevlar. 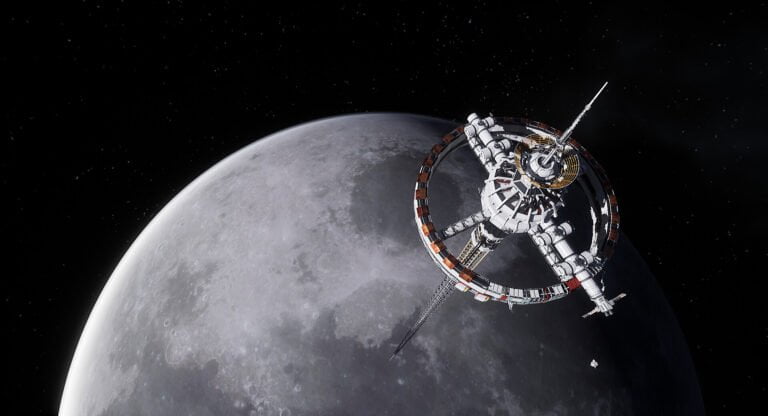 The Chinese were so inspired by this concept that already in April 2021 they presented the idea of ​​creating a “Heavenly Ladder”.

The Celestial Empire plans to build a “double elevator”:

The cargo vehicle will rise from the Earth into orbit, make a “jump” (small flight) to the second part of the elevator and get to the Moon to pick up resources. After that, he will return to Earth in the reverse order.

Bill Nelson, administrator of NASA, is sounding the alarm about China’s lunar ambitions.

He believes that if China ensures a long-term presence of people on the earth’s satellite before the United States and its partners do, then the Celestial Empire can claim rights to the lunar territories.

“It’s a fact: we’re in a space race, ” Nelson said. “And it’s true that we’d better watch out that they don’t get a foothold on the Moon under the guise of scientific research.”

Origin of the bubonic plague was studied

Origin of the bubonic plague was studied