(ORDO NEWS) — According to scientists, it explains the origin of volcanoes in the North Pacific Ocean.

The existence of the tectonic plate, which received the unusual name of the “Resurrection” plate, has long caused controversy among geophysicists. However, according to the new reconstruction, the edge of the rocky plate is located along the ancient volcanic belt along Alaska, and about 60 million years ago it was part of the upper layer of the Earth in the territory of modern Canada.

“Volcanoes form at the boundaries of tectonic plates, and the more plates you have, the more volcanoes. Volcanoes also contribute to climate change. So when you try to model the Earth and understand how the climate has changed <…> you need to know how many volcanoes there were on Earth.” – Johnny Wu, geologist and lead author of the study at the University of Houston.

Wu and his colleague, Ph.D. student in geology at the University of Houston, Spencer Fuston, used a computer model of the earth’s crust to “reverse” the movement of tectonic plates from the early Cenozoic, a geological era that began 66 million years ago. Geophysicists already knew that at that time there were two plates in the Pacific Ocean – the Kula plate and the Farallon plate. 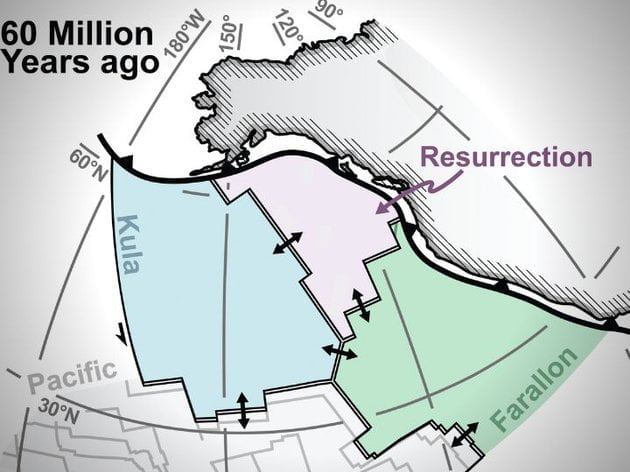 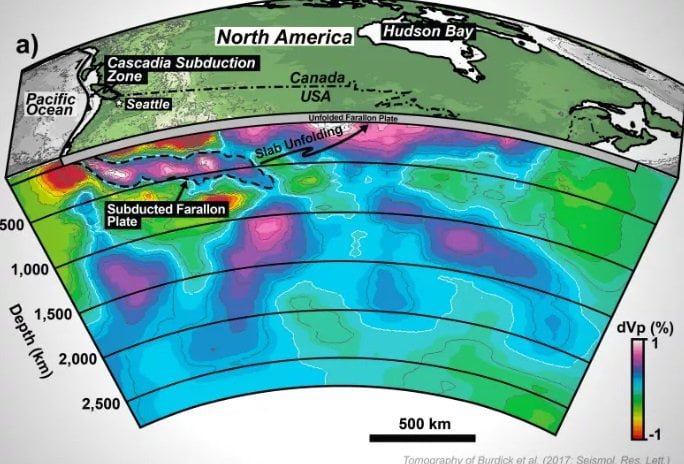 However, the possible existence of a third plate was also discussed. Since there is a lot of magma to the east of the former location of these plates in what is now Alaska and Washington, some geophysicists have argued that there was a missing piece in the puzzle – a plate they called the Resurrection Plate. This magma was left behind due to volcanic activity at the edge of the plate.

All of these plates have long since sunk into the earth’s crust in a process called subduction. Wu and Fuston used computer-assisted reconstruction to “undo” this subduction by virtually lifting the slabs to the surface and altering their motion. In doing so, they found that the Resurrection Plate really fits into the big picture.

“When this ancient tectonic plate” rose “to the surface and was reconstructed, it appeared to fit well with the ancient volcanic belts in Washington State and Alaska, providing a long-awaited link between the ancient Pacific Ocean and geological exploration in North America, Wu concludes. …