The ancient outlines of the lost college of Oxford, were discovered during a reconstruction project right in front of Frewin Hall, the only building from St. Mary College’s early days still standing. The lost buildings of the college had limestone foundations, reports the Oxford Mail.

The former college, found in 1435, had several delays hamper construction, until Cardinal Wosley (Henry VIII’s chief adviser) intervened in the 1520s. However, 20 years later it had fallen into disuse and was forgotten.

Along with the foundation wall, butchered animal bones, decorated floor tiles, a 17th-century stone flagon, a drinks container, a bone comb, and a medieval long cross silver penny, were also found by the team from Oxford Archaeology. 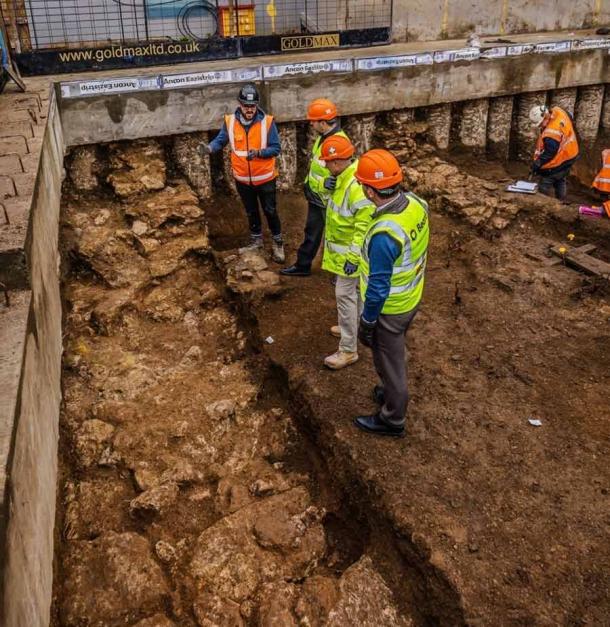 “The only remaining part of St Mary’s College that is still visible is a rubble wall at the lower part of the gateway to the Frewin site from New Inn Hall Street, which is believed to have been part of the western boundary of the college,” reports The Construction Index.

The construction team is developing 30 student flats on the site of the erstwhile college, of which only Wosley’s construction, the southern wall, is visible today.

St. Mary’s college was intended to be a base for Augustinian scholars studying at Oxford. Historical records show that the lost college’s earliest construction comprised a two-story college chapel and a library, reports the BBC. A series of pits with animal bones and charcoal found at the site indicate the presence of a kitchen from this period.

Oxford Archaeology senior project manager Ben Ford said, “We are excited that the construction of the new building gives us the opportunity, and that Brasenose College have given us the funding, to archaeologically excavate the remains of this unique and fascinating part of Oxford.

We are hoping to shed light not only on the layout of the ‘lost college’ of St Mary’s, but also discover evidence that tells us about the lives of some of medieval Oxford’s most powerful Norman families who probably lived at the site.”

He added that Frewin Hall’s stone vaulted basement , which is dated to Norman times (11th and 12th centuries AD), may help uncover signs of older life and everyday use, when Oxford used to be a heavily armed town on the banks of the Thames. During this time, it served as a shield between the borders of Saxon and the lands held by the Vikings , who came to England in the 9th century, and were only defeated in the 11th century. 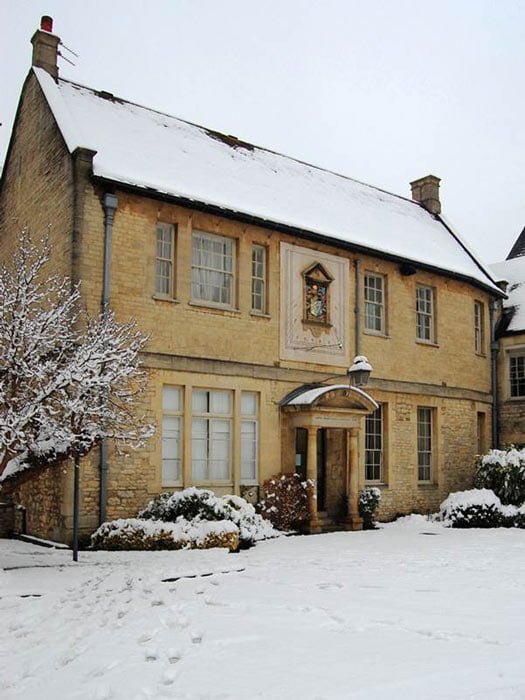 Henry VIII and the Era of Dissolution

St. Mary’s College, an established center of learning, was the unfortunate victim of King Henry VIII’s dissolution policy initiated to increase the revenue of the state coffers in order to fund more wars between 1536 and 1541. This included monasteries, priories, convents, friaries, amongst other institutions, which were generally disbanded and their properties sold off, through an act of Parliament, the Act of Supremacy, passed in 1534.

With this act, the King assumed “supreme power” over the Church of England, displaced the pope of the Roman Catholic Church , and detached England, Wales, and Ireland from the authority of Rome. Henry VIII’s desire to usurp the power of the head of the clergy was motivated by the Pope’s refusal to recognize the annulment of his marriage with Catherine of Aragon, with whom he had been unable to produce a male heir.

What Henry VIII did not realize was that he had set in motion forces beyond his control, as this was the beginning of the end for the Tudors . What followed was the English Reformation that in turn, paved the way to the English Civil Wars.

Meanwhile, with this newly attained power, Henry VIII and his government began the process of disbanding local religious institutions and centers of power, seen as corrupt and out of touch with the desires of the people.

This was in line with historical movements in western Europe, wherein several countries had witnessed the unquestionable authority of the Catholic Church being challenged openly, particularly in the wake of the invention of the printing press in 1462, and the spread of revolutionary ideas amongst common people. St. Mary’s College was one of the many Catholic religious facilities to be looted and destroyed during the 1530s, particularly after the legal formalization of dissolution.

The manager of the Beard construction firm behind the reconstruction project that uncovered Oxford’s lost college, Peter Beilby, said “Working alongside the archaeologists in this constrained site within Oxford’s historic center is a difficult but interesting exercise. The team from Beard are drawing upon their extensive experience from many previous Oxford College projects with similar challenges to deliver successful outcomes for everyone involved.”