US, WASHINGTON (ORDO NEWS) — Net loss of Deutsche Lufthansa AG almost quadrupled in the I quarter to 2.124 billion euros against 342 million euros in the first quarter of 2019, the airline said. Revenue decreased by 18% to 6.441 billion euros compared to 7.838 billion euros a year earlier.

The loss before tax and interest payments (EBIT) increased by 3.6 times to 1.22 billion euros compared to 336 million euros in the first quarter of 2019.

In particular, Lufthansa intends to significantly reduce costs and accelerate the restructuring of Austrian Airlines and Brussels Airlines. A company may also sell a number of non-core assets.

The Lufthansa Supervisory Board has approved the adoption of financial assistance in the amount of 9 billion euros from the State Fund for Economic Stability (WSF). Under the agreement, WSF will receive a 20% stake in Lufthansa and two seats on the airline’s supervisory board, while in case of an attempt to take over the company, the stake may increase to 25% plus one share.

Lufthansa has committed to transferring up to 24 takeoff and landing slots to competitors at Frankfurt am Main and Munich airports to accommodate up to four aircraft.

Why aren’t the stock exchanges closed?

Why aren’t the stock exchanges closed? 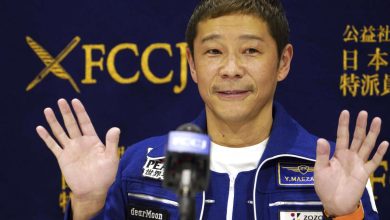