(ORDO NEWS) — Michel Siffre spent 2 months underground without time sensors to study how his biological clock adapted, repeated the experiment even longer on himself and other subjects and found that their bodies were switching to a 48 hour day. In one case, the subject even slept for 34 hours.

In 1962, French caver Michel Siffre spent two months in complete isolation in an underground cave, without access to clocks, calendars or the sun.

He only slept and ate when his body told him to, his goal was to find out how the natural rhythms of human life would be affected by life “out of time”.

Over the next decade, Siffre organized more than a dozen other underground time isolation experiments before he himself returned to a cave in Texas in 1972 for a six-month period. His work helped establish the field of human chronobiology. 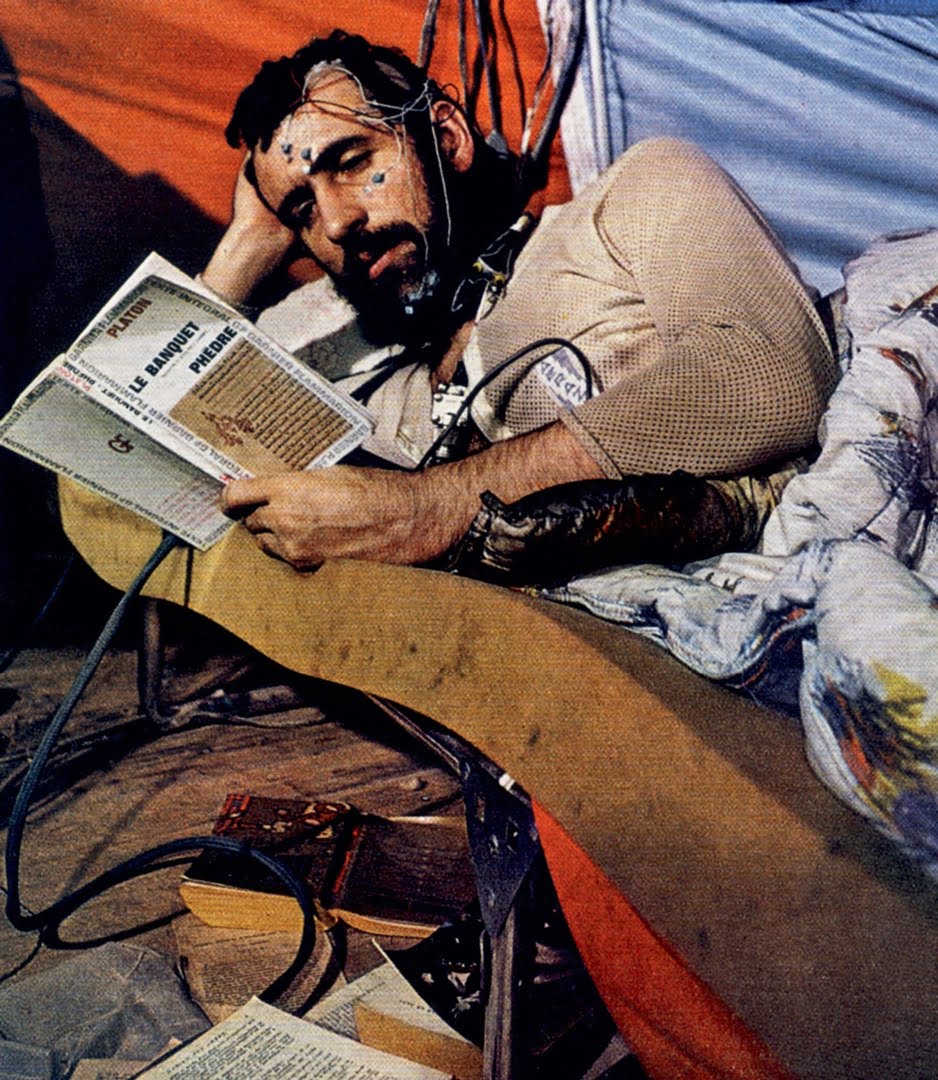 In 1962, you were only twenty-three years old. What made you live underground in complete isolation for sixty-three days?

MICHEL CIFFR: You have to understand, I was a geologist by training. In 1961 we discovered an underground glacier in the Alps, about seventy kilometers from Nice.

At first I had the idea to prepare a geological expedition and spend about fifteen days underground studying the glacier, but after a couple of months I said to myself: “Well, fifteen days is not enough. I won’t see anything.”

So I decided to stay for two months. And then this idea came to me – this idea, which became the idea of ​​my life. I decided to live like an animal, without clocks, in the dark, not knowing the time.

Instead of studying caves, you studied time.

Yes, I invented a simple scientific protocol. I put the team at the entrance to the cave. I decided that I would call them when I wake up, when I eat and before going to bed. My team had no right to call me so I didn’t know what time it was outside.

Without knowing it, I created the field of human chronobiology. Long before that, in 1922, it was discovered that rats have an internal biological clock. My experiment showed that humans, like the lower mammals, also have a biological clock.

During your first time underground, the temperature was below zero and the humidity was ninety-eight percent. How did you spend your time?

My equipment was bad, and just a small camp with a bunch of things crowded inside. My feet were always wet and my body temperature dropped to 34°C. My amusements were reading, writing and exploring in the cave. I also spent a lot of time thinking about my future.

Also, I ran two tests each time I called the surface. First, I took my pulse. Secondly, a psychological test. I had to count from 1 to 120 at a rate of one digit per second.

With this test, we made a big discovery: it took me five minutes to count to 120. In other words, I psychologically experienced five real minutes as if there were two.

Psychologist Elizabeth Loftus conducted an experiment in which she showed people a bank robbery scene filmed and asked them to rate its duration. They overpriced by 500 percent. It seems that our subjective perception of time is very variable. In the absence of a clock, how did you feel the passage of time?

There was a very big disturbance in my sense of time. I went down to the cave on July 16th and planned to finish the experiment on September 14th.

When my ground team informed me that the day had finally arrived, I thought it was only August 20th. cave. My psychological time has been halved.

What do you think caused such a dramatic discrepancy between psychological time and clocks?

This is a big question that I have been dealing with for forty years. I believe that when you are surrounded by night – the cave was completely dark, only with a light bulb – your memory does not fix the time.

You forget. After a day or two, you don’t remember what you did a day or two ago. The only thing that changes is when you wake up and when you go to bed. Plus, it’s completely black. It’s like one long day. 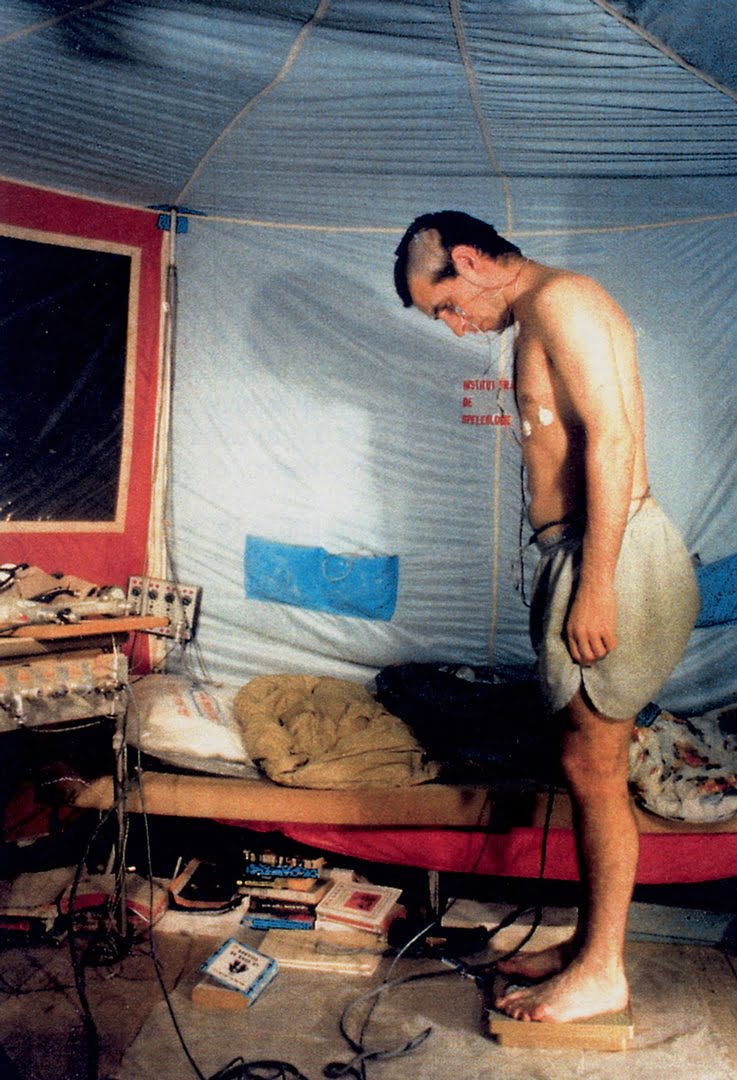 This kind of isolation experiment could easily be done in the laboratory. Why did you always choose to make them in caves underground?

The lab is a great place to do these experiments, but you have to find motivated people. It’s hard to ask people to spend several months in a lab capsule.

Between 1962 and 1972, a German professor conducted more than 150 isolation experiments in an artificial underground bunker, but these were short-term experiments lasting only about a month.

The people we sent underground were primarily speleologists, so they were interested in caves and could stay longer because of their high motivation.

When you were underground, completely isolated from any artificial dimension of time, your body slept exactly when it wanted and for as long as it wanted. We can say that you have achieved the perfect sleep. How it was?

My sleep was perfect! My body chose when to sleep and when to eat. It is very important. My sleep/wake cycle was not twenty-four hours like people on the surface of the earth, but a little more.

But the important thing is that we have proven the existence of an internal clock that is independent of the earth’s natural day/night cycle. Interestingly, during subsequent experiments that I conducted with other subjects of the study, cycles of more than twenty-four hours were found in all people in the caves.

In fact, it has become common for them to achieve cycles of forty-eight hours: thirty-six hours of continuous activity followed by twelve to fourteen hours of sleep. After we made this discovery, the French army gave me a lot of funding.

What did you find?

After myself, I put a man in a cave for four months, and then a woman for three months. In 1966, another person spent six months underground, and then we did two more experiments that lasted four months.

We analyzed the stages of sleep rapid eye movement (REM) when dreaming occurs, and non-REM sleep and made another discovery. We have shown that there is a correlation between how long a person stays up and how many dreams they have the next night.

Roughly speaking, for every ten extra minutes of daily activity, a man gets one extra minute of REM sleep. We also found that the more sleep you get, the shorter your reaction time during your next waking phase. After we made this discovery, the French army tried to find cures,

Ten years after your first temporary isolation experiment, you yourself returned underground, this time to the Midnight Cave near Del Rio, Texas, and spent 205 days. Why are you back?

There were two reasons. First, I was interested in studying the effect of aging on psychological time. My plan was to run an experiment every ten or fifteen years to see if there were any changes in how my brain perceives time.

Why do people fall into this forty-eight hour cycle?

I don’t have a theory. I don’t make theories. The forty-eight hour cycle is a fact . I have observed this phenomenon, and I am confident in this finding, but no one understands what could be causing such a large desynchronization of the sleep-wake cycle.

Now that the Cold War is over, funding has become harder to come by. Today, only mathematicians and physiologists can go further in this. 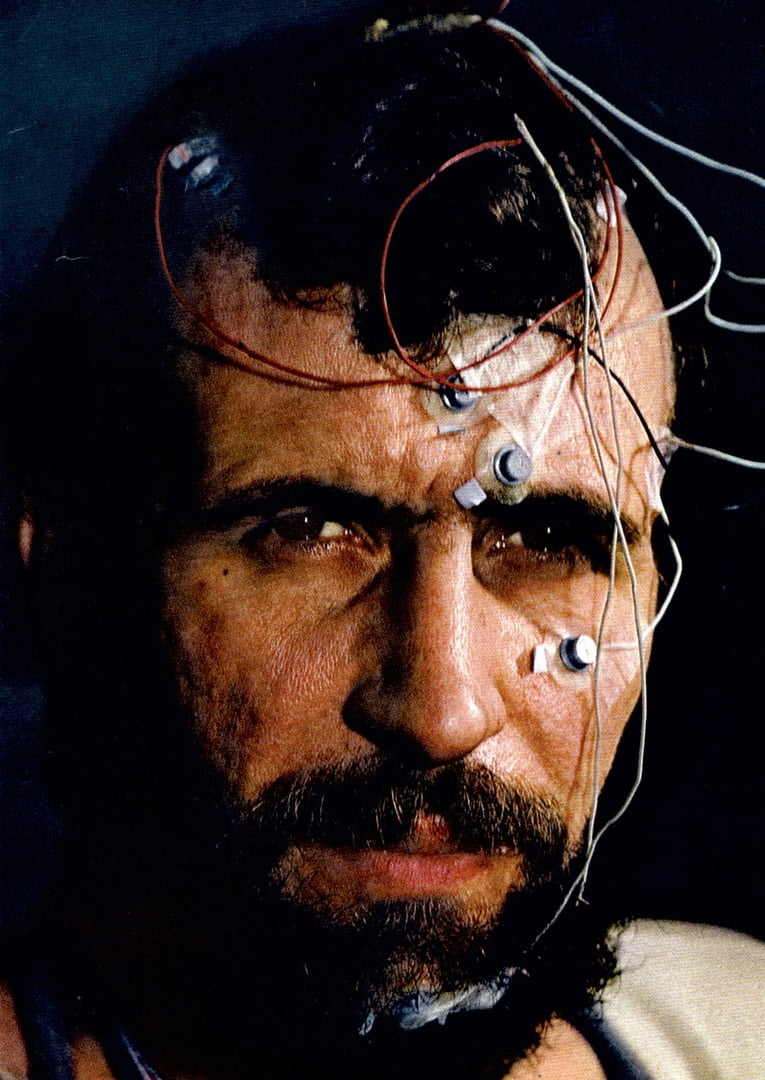 Your first underground isolation experiment was carried out in 1962, the same year that the Cuban Missile Crisis made the world acutely aware of the importance of bomb shelters, and the year after Yuri Gagarin first went into space.

I came at the right time. It was the Cold War, and we knew nothing about the human sleep cycle in outer space.

The French headquarters knew nothing about how best to organize the sleep cycle of submariners. That’s probably why I got so much financial support. NASA analyzed my first experiment in 1962 and invested in complex mathematical analysis.

What is it about caves that attracts and scares us at the same time?

Dark. You need light. And if your light goes out, you are dead. In the Middle Ages, caves were the place where demons lived.

But at the same time, the caves are a place of hope. We go to them to find minerals and treasures, and this is one of the last places where adventure and new discoveries are still possible.

You entered the new millennium 900 meters underground at Clamouse Cave with foie gras and champagne, but you were three and a half days late. You also missed your sixty-first birthday. Why did it take you almost three decades to go back into the cave?

When I came out of the Midnight Cave in 1972, I was $100,000 in debt. I greatly underestimated the cost of moving my experiments from France to Texas, and I had to leave the field of chronobiology. Most of my data from this experiment has yet to be subjected to mathematical analysis

In 1999 I decided to return to a cave in the south of France. I stayed there for two months, studying the effects of aging on the circadian cycle. I followed the example of John Glenn, who returned to space at the age of seventy-seven.

It is my understanding that you are working on a “permanent underground station for holding people and conducting chronobiological experiments.” What else are you working on?

The experiments in the caves are over. You can no longer conduct such experiments. When we first made them, I was young and we took all the risk. There are now restrictions for explorers. You now have ethics groups.

Let me give you an example. In 1964, the second man after me to go underground had a microphone attached to his head.

Once he slept for thirty-three hours , and we were sure that he was dead. It was the first time we saw a person sleeping for that long.

I thought, okay, I’ll go down to the cave and find out what happened. And then thirty-four hours later he began to snore, and we realized that he was alive.

And then, after a couple of minutes, he called us to the surface to take his pulse. Today the doctors would have to wake him up, because otherwise it would be too risky.

Have you ever managed to catch a forty-eight hour cycle?

Yes. In the 1972 Texas experience, there were two periods where I caught the 48-hour cycle, but not regularly. I would have thirty-six hours of uninterrupted wakefulness and then twelve hours of sleep.

I couldn’t tell those long days from days that lasted only twenty-four hours. I studied the diary I kept in the cave, cycle after cycle, but there was no sign that I perceived those days differently.

Sometimes I slept two hours or eighteen hours and couldn’t tell the difference. I think this is an experience that we can all appreciate. This is a problem of psychological time. This is a people problem. What time is it? We do not know.

Why Mortal Kombat failed 30 years ago: the history of the most popular fighting game

Why Mortal Kombat failed 30 years ago: the history of the most popular fighting game