(ORDO NEWS) — We tend to look for very specific life forms in the universe, based on what we know: an Earth-like planet in orbit around a star and at a distance that allows water on its surface to be in a liquid state.

Much has already been said about silicon lifeforms or, for example, methane-based life as an alternative, but what else is theoretically possible?

According to a study by a team of physicists, there could hypothetically be alien species capable of forming, developing and thriving in the interiors of stars. It all depends on how you define life. 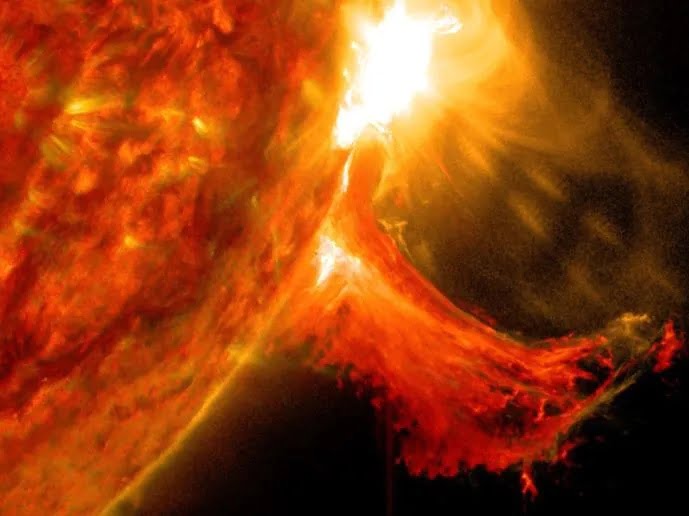 With these “necklaces” the process of mass formation of random sequences could well take place until one was formed that is capable of self-replication, as was the case with RNA.

The problem is that neither cosmic strings (one-dimensional linear objects) nor monopoles (elementary particles with one magnetic pole) have been discovered so far, remaining purely hypothetical, but theory is always ahead of practice.

Back in 1988, Russian scientists Yevgeny Chudnovsky and his colleague, theoretical physicist Alexander Vilenkin, predicted that cosmic strings could be captured by stars.

Cosmic necklaces can form in a series of symmetry-breaking phase transitions, according to a new study. At the first stage, monopoles appear. On the second – strings.

This can lead to a stable configuration of one monopole bead and two strings, which, in turn, can be connected, forming one-, two-, and even three-dimensional structures that are as similar as possible to atoms connected by chemical bonds.

Interestingly, scientists believe that if the lifespan of self-replicating nuclear species is as short as the lifespan of many unstable composite nuclear objects, they can rapidly evolve towards greater complexity.

What would such a species of aliens look like? This, according to physicists, is a real feast for the imagination, but there is no clear direction. Our current knowledge of life as such is too tied to the forms of life that we know on Earth.

But the scientists speculated that since such organisms would use some of their star’s energy to survive and reproduce, this could explain the more rapid cooling of some of them, which is inconsistent with accepted models. This also includes the occasional dimming of stars.

For example, in the months before the start of the COVID-19 pandemic in early 2020, the world was chained to a distant supergiant star 700 light-years away known as Betelgeuse. The monstrous furnace suddenly dimmed, becoming 10 times darker than usual.

To date, this is nothing more than an interesting hypothesis, but physicists plan to continue research by developing models of cosmic necklaces in stars.

Yes, it’s far from certain that this will lead us to an encounter with brightly glowing aliens, but at least it can give us a better understanding of cosmic strings and monopoles. In the end, the idea that the universe is actually overflowing with the most diverse life cannot but excite the mind.