(ORDO NEWS) — In 2006, when Pluto was excluded from the list of “full” planets, not everyone agreed with this decision.

And now, more than a decade and a half later, these voices are getting louder. Astronomers advocate a new revision of the concept of “planet” and include more than 150 objects in the solar system, including Pluto and even the Moon.

Since the discovery of Pluto in 1930, it has been considered the ninth planet in the solar system. However, at the end of the last century, as other fairly large celestial bodies were discovered, various unpleasant questions arose for Pluto.

If it’s a planet, shouldn’t it also include Ceres, the largest object in the asteroid belt? And what about Eris, a body that, like Pluto, is in the distant Kuiper belt, and even larger than it? What about other large objects – Pallas, Sedna, Quaoar? How many planets does the Sun have then?

After a long debate in 2006, the International Astronomical Union (IAU) formulated new, more stringent requirements that a celestial body must satisfy in order to rightfully be called a planet. There are exactly three of them.

First, such an object must revolve directly around the Sun, and not around another body, such as, for example, satellites.

Secondly, it must be massive enough to take a rounded shape under the influence of its own gravity (for this, the body must be at least 1000 km across). Finally, the true planet must clear the vicinity of its orbit and have nothing close to it comparable in size.

Pluto does not satisfy the last condition of the IAS, and in the same 2006 he was deprived of the proud title of the planet. The verb “to pluto” (to pluto) in the sense of “demote” was declared the word of the year by the American Dialectology Society, and Pluto itself was in a new class of celestial bodies – dwarf planets.

Eris, Ceres, and several other objects also got here according to the new classification of the IAU. It is assumed that there may be hundreds of as yet unknown dwarf planets around the Sun, although most of them are in the Kuiper belt, beyond the orbit of Pluto, on the far periphery of the solar system.

One way or another, but for more than 15 years we have eight planets, and Pluto has retained its former high status only in Illinois and New Mexico.

Clyde Tombaugh, the discoverer of Pluto, was born and lived in these states, and local legislatures refused to recognize the decision of the IAU (although these decisions have no practical significance).

The title of the planet for Pluto is also defended by some astronomers who do not like to “keep up” and ordinary people out of sentimentality. Recently, however, the most serious experts have begun to join these voices. At the end of 2021, Icarus magazine published an article whose authors include such notable figures as Alan Stern, who was the scientific director of the New Horizons mission, which in 2015 explored Pluto and its moons from close range for the first time.

In their publication, astronomers do not spare caustic words, stating that the definition adopted by the IAU in 2006 is based more on the ideas of astrology than on modern scientific understanding of planetary life.

Indeed, the question of which bodies are considered planets and which are not has been discussed for more than a century, and today’s list of them is largely inherited from medieval astrologers, who knew seven planets (from Mercury to Saturn, but including the Moon).

Meanwhile, even with the advent of telescopes, the discovery of many satellites and the development of the Copernican heliocentric system, voices began to be heard in favor of revising this list. Even then it was proposed to consider any celestial body on which geological processes take place as a planet.

It is this principle that Stern and his colleagues consider the key to assigning a celestial body “planetary” status.

Whatever their orbital environment, the planets are unique in that they develop geochemical phenomena that have a new level of complexity compared to what happens on, say, comets or asteroids.

From this point of view, as the work of the same New Horizons mission showed, Pluto can be considered a real planet even outside the states of Illinois and New Mexico. How quickly our understanding of Pluto is changing is illustrated by these images: one was taken by the Hubble telescope in 2002, the second by the New Horizons probe in 2015

All planets of the sun

Also included in the planets are Ceres and Eris, and many of the bodies that today are considered satellites – for example, the Moon, Europa, Enceladus and Titan, showing a very complex and active geology.

The authors of the article count from 150 to 200 planets in the solar system and urge not to be embarrassed by this number. According to them, the very idea that there should be few planets – preferably no more than a dozen and preferably some beautiful number – is just borrowed from ancient astrologers, but has little to do with reality.

In the understanding of Stern and his co-authors, a planet is a celestial body on which chemical transformations occur associated with the geological processes occurring on it. This means that the number of such bodies can be anything, and their orbits can even lie around other planets, be cleared or not.

From this point of view, it turns out that the decision of the IAU in 2006 was indeed motivated by the desire to maintain a comfortable number of planets, borrowed from the ancients, but not by modern ideas about them.

There has been no official IAU reaction to this demarche yet – meanwhile, Philip Metzger, a planetary scientist at the University of Central Florida and one of the authors of this article, said : “We will continue to call Pluto a planet in our publications, we will continue to call Titan, Triton and some other moons. In short, we will ignore the IAS.” In the meantime, we’ll stock up on popcorn and continue to follow the dramatic battle over Pluto and its status. 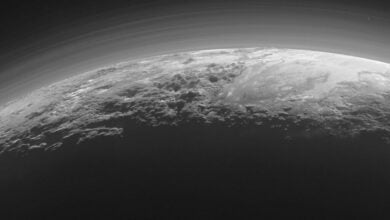 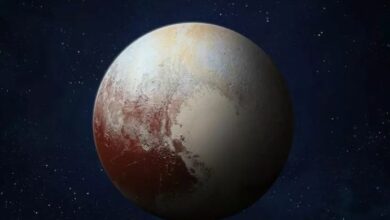 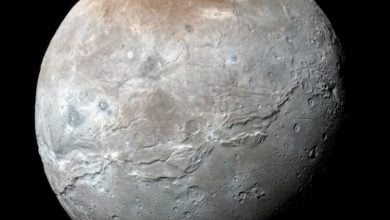 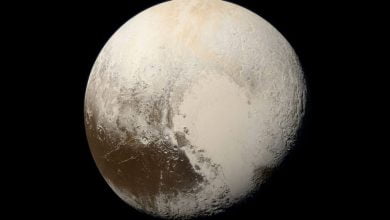