The reasons why this happened have long been a topic for speculation, and a team of researchers from the Departments of Anthropology and Geology at the University of Cincinnati (Ohio) have now joined the debate to offer a brand-new theory.

Analyzing rock samples collected from 11 archaeological sites in the Ohio River Valley, these researchers have found physical evidence that suggests an exploding comet may have played a significant role in the Hopewell peoples’ demise.

The samples included the stony remnants of this disintegrating space object, which was destroyed in an airburst that distributed its debris far and wide in all directions.

These stony remnants, which are known as micrometeorites, possessed qualities that revealed their true origin. “Cosmic events like asteroids and comet airbursts leave behind high quantities of a rare element known as platinum,” explained anthropologist and lead study author Kenneth Tankersley in a University of Cincinnati press release .

“The problem is platinum also occurs in volcanic eruptions. So, we also look for another rare element found in non-terrestrial events such as meteorite impact craters—iridium. And we found a spike in both, iridium and platinum.”

Based on the results of radiocarbon and typological dating procedures, the researchers concluded that this catastrophic event would have occurred sometime between the years 252 and 383 AD.

“This time period coincides with historically documented near-Earth comets and occurs immediately prior to the cultural downturn of the Hopewell ,” the University of Cincinnati researchers wrote in an article discussing their findings in Scientific Reports . “The airburst event may have created mass confusion resulting in an upheaval of the social interaction sphere.” Previous research has revealed that the area of what is now the eastern United States experienced an epidemic of massive and ravaging wildfires during this period, which incinerated more than 9,200 square miles of forest and agricultural land. The researchers found a layer of charcoal deposits at the Hopewell culture sites along with the micrometeorites, proving that these fires had occurred during the same time period as the comet’s near-Earth explosion.

If they crash into the earth, astronomical bodies like comets and meteors can do great damage to ecosystems within the zone of impact. But if they explode in the sky, the intense heat and wind generated by the blast, plus the raining down of heavy, rocky debris from the exploding object, can cause damage and destruction over a much broader geographical area.

This is what happened in the famous Tunguska event of 1908, when a comet or meteor passed through Earth’s atmosphere and exploded in the sky over Siberia. The explosion leveled more than 800 square miles of forest, leaving behind a scarred landscape that is still visibly damaged to this very day.

Much like the Siberians who lived near Tunguska, the Hopewell survivors of the third or fourth century blast would have been surrounded by scenes of unimaginable devastation. Survivors who resided near the epicenter of the explosion, which occurred over what is now the city of Milford in southwestern Ohio, would have been especially shocked and traumatized by what they experienced.

“It looks like this event was very injurious to agriculture,” said biology professor and study co-author David Lentz, noting the impact of the explosion on the food chain. “People didn’t have good ways to store corn for a long period of time. Losing a crop or two would have caused widespread suffering.”

“And if the airburst leveled forests like the one in Russia,” he continued, “native people would have lost nut trees such as walnut and hickory that provided a good winter source of food. When your corn crop fails, you can usually rely on a tree crop. But if they were all destroyed, it would have been incredibly disruptive.” 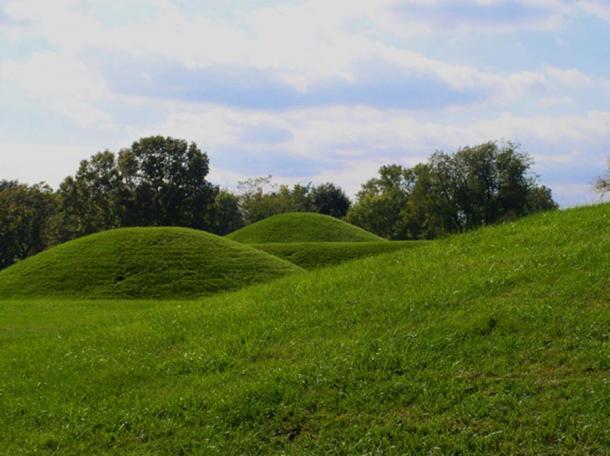 Remembering the Magnificent Hopewell Culture
The pre-Columbian Hopewell culture was comprised of disperse settlements of Native American peoples who occupied hundreds of villages alongside rivers in what is now the northeastern and midwestern sections of the United States.

The Hopewell culture was ethnically diverse, but united through extensive trade networks that developed over the course of several centuries. The Hopewell peoples reached the peak of their prosperity during a period that ranged from approximately 200 BC to 500 AD, after which their culture experienced a swift and sudden decline.

Although they essentially disappeared as a distinct people more than 1,500 years ago, the Hopewell did not vanish without a trace. They left behind many vast and impressive complexes of large earthwork mounds, which can be found in multiple states in the vast expanses of America’s Eastern Woodlands.

These ceremonial mounds were an expression of the Hopewell culture’s cosmological and spiritual belief systems , which is revealed by their shapes, content, and alignments.

The mounds sometimes featured animals that would have been sacred to the Hopewell, and sometimes were formed into geometric shapes that likely had ritual significance or deeper spiritual meanings. Just as significantly, the locations of the mounds were not chosen at random—Hopewell mounds were carefully aligned to coincide in various ways with lunar and solar cycles, or with the movement of stars across the night sky.

In addition to their mound-building proclivities, the Hopewell were also accomplished artists and craftspeople. Hopewell archaeological sites have yielded a remarkable bounty of expertly crafted items, including pottery, sculptures, carvings, jewelry, textiles, tools, and exotic ritual artifacts. Artisans worked with metal, bone, stone, and shells, producing a broad variety of practical and decorative items that were traded freely between villages and settlements.

Before the end came, the Hopewell culture seemed to be thriving. They had lived in harmony with nature, with their gods, and with each other for hundreds of years. It is clear that only a significantly disruptive and destructive event or series of events could have brought about their culture’s sudden downfall. 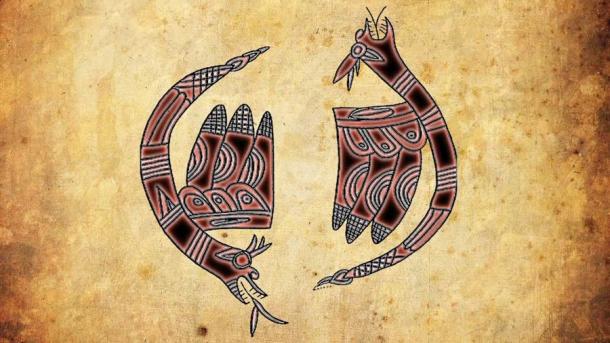 Where the Storytelling Meets the Science

Further evidence for a world-altering event in ancient times can be found in the oral traditions of Native American groups descended from the Hopewell people.

“What’s fascinating is that many different tribes have similar stories of the event,” Professor Tankersley, who is Native American himself, said:

“The Miami tell of a horned serpent that flew across the sky and dropped rocks onto the land before plummeting into the river … the Shawnee refer to a ‘sky panther’ that had the power to tear down forest … the Ottawa talk of a day when the sun fell from the sky.”

Tankersley also mentions legends passed down by the Wyandot, Algonquin, and Iroquois people that describe sky-born catastrophes of apocalyptic proportions.

And there is still more. Near the epicenter of the third- or fourth-century blast lies a set of Hopewell mounds known as the Milford Earthworks. Tellingly, one of these mounds is shaped exactly like a comet.

While the evidence proving the existence of the exploding comet is strong, there is still much to be learned about its impact on the Hopewell culture.

“It’s hard to know exactly what happened. We only have a few points of light in the darkness,” Professor Lentz said. “But we have this area of high heat that would have been catastrophic for people in that area and beyond.”

“Science is just a progress report,” commented geologist Steven Meyers, another study participant. “It’s not the end. We’re always somewhere in the middle. As time goes on, more things will be found.” 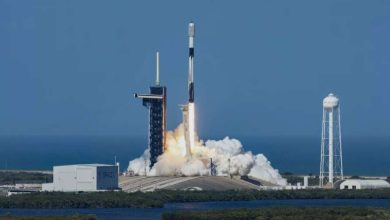 Archaeological Finding Traces Chinese Tea Culture Back To 400 BC An earthquake destroyed part of the Great Wall of China