(ORDO NEWS) — LDN 43 (unofficially known as the Bat) is a little-known dark nebula and a region of active star formation, consisting of two reflection nebulae (nebulae illuminated by stars) RNO 90 and RNO 91, partially illuminated by young and newborn luminaries.

The object is located at a distance of about 500 light years from Earth. 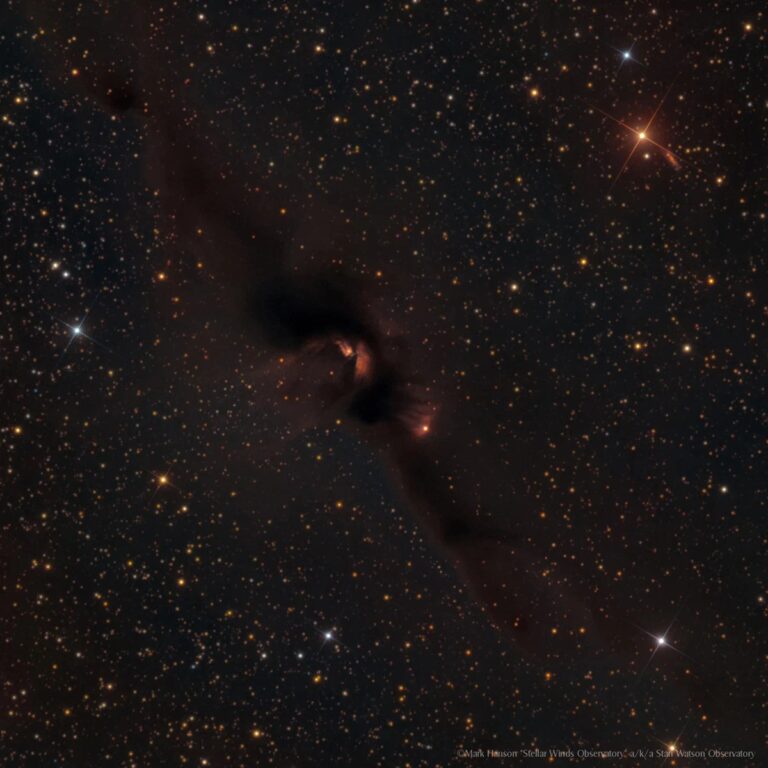 Most of the nebula and the regions surrounding it show an extremely high degree of dust absorption.

This is best illustrated by the reddening of most of the stars, as well as a few distant background galaxies that are in the frame.

Any light coming from these sources passes through a curtain of dust that absorbs the blue light, making everything appear redder than it really is.

Observations with radio telescopes found in the vicinity of RNO 91 (marked in the second image) multiple molecular emissions, which are an indicator of the energetic activity of nascent stars.

The specific cavity formed in RNO 91 is illuminated by the young star that created it. Observations of this star showed that it is surrounded by a circumstellar (protoplanetary) disk, from which planets begin to form. 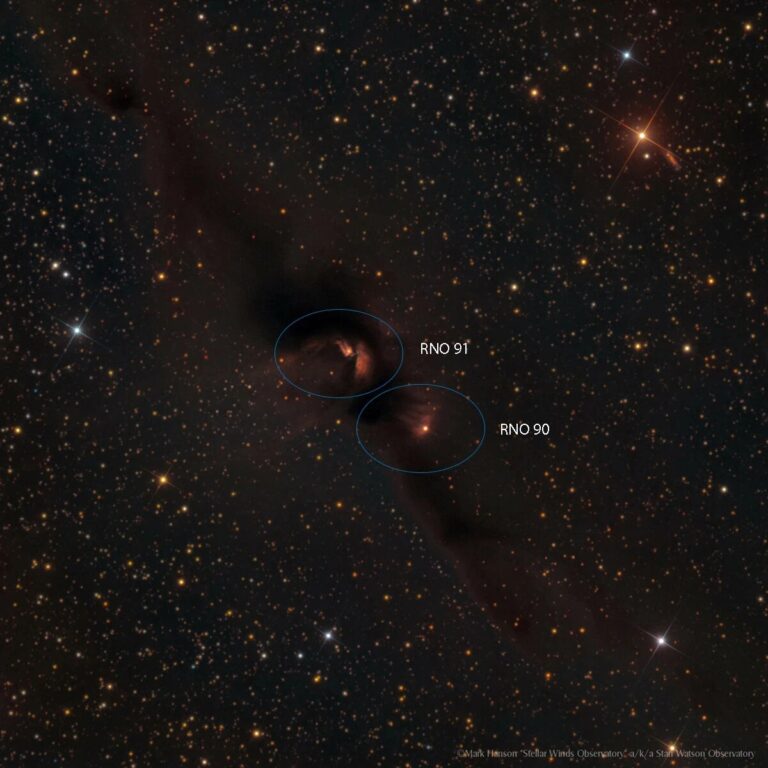 The pictures attached to the post were taken by astrophotographer Mark Hanson .