(ORDO NEWS) — The top eight spots on the list of hottest years have been in the last eight years since 2014.

The average annual surface temperature in 2021 was 0.84°C above the 20th century average and 1.04°C above pre-industrial levels. Thus, in the top ten hottest years in the history of modern observations – starting from 1880 – nine positions were occupied by recent years, from 2013 to 2021.

This is stated in the official statement of the US National Oceanic and Atmospheric Administration (NOAA), one of the most respected organizations involved in climate monitoring, research and forecasting.

Last year was the 45th year in a row (since 1977) when temperatures exceeded the average for the 20th century. If we consider only the land area of ​​the Northern Hemisphere, then 2021 ranked third among the hottest, behind only 2020 and 2016.

But the ocean heat capacity indicator, which reflects the amount of heat accumulated by water, has reached record levels. Also in 2021, Sicily set a temperature record for Europe: there the thermometer rose to 48.8 ° C. Record values ​​were also recorded for the Arctic – 38 °C. 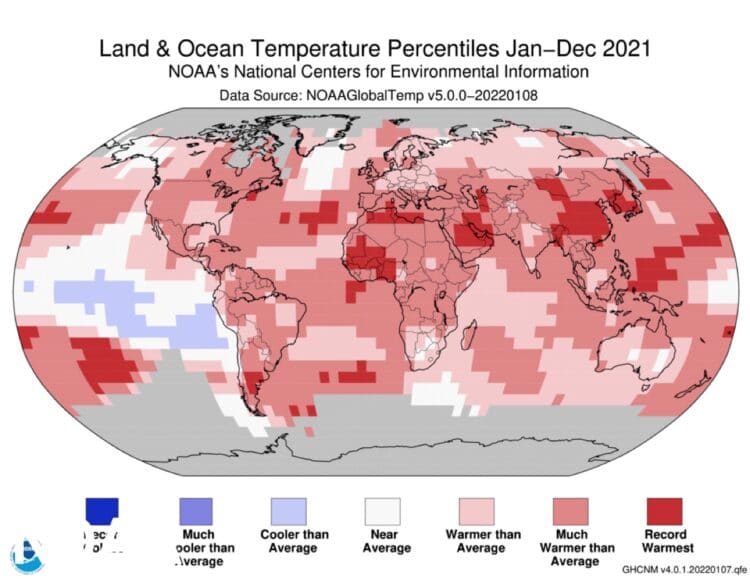 Global warming is accompanied by more and more frequent weather anomalies in many regions of the world. NOAA mentions extreme heat that covered the northwestern United States and southern Canada in the first half of the summer. Forest fires have engulfed vast areas of North America and Siberia.

Moreover, the La Niña phenomenon, associated with the movements of relatively cold waters, somewhat cooled the east Pacific. This can be seen on the map of temperature anomalies released by the agency.

Recall that the interstate Paris climate agreement signed in 2015 is aimed at keeping global warming within 1.5 ° C compared to pre-industrial levels. However, there is practically no chance for this: if the situation continues to develop at the current pace, the 1.5 ° C border will be overcome as early as 2030. 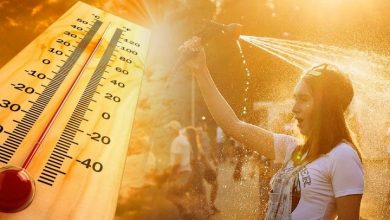