Woodwardopteris turned out to be the most recent racoscorpion in terms of life – 11 million years younger than the nearest predecessor. This means that the crustaceans completely disappeared later than scientists thought – only during the great Permian extinction.

Shell scorpions, also called sea scorpions or eurypterids, are an extinct group of aquatic invertebrates. Among them were many large predators, reaching a length of two and a half meters. Shell scorpions had an impressive appearance and inhabited the seas, as well as freshwater reservoirs, for almost the entire Paleozoic era, that is, more than 200 million years in a row.

They were good swimmers and had compound eyes, which made them active predators. Scientists classify them as chelicerae , a large group of arthropods that also includes modern spiders, mites, and scorpions. However, the crustacean scorpions have long since completely disappeared, and among their close relatives on modern Earth, only a few horseshoe crabs have survived .

Now paleontologists have expanded the time frame for the existence of crustaceans. From the new article it follows that they became extinct 11 million years later than thought.

The fossil of Woodwardopterus freemanorum was discovered near the village of Theodore in the Australian province of Queensland almost 30 years ago. It is a large fragment of the cuticle, which has retained the pattern of rounded and oblong tubercles characteristic of crustacean scorpions. 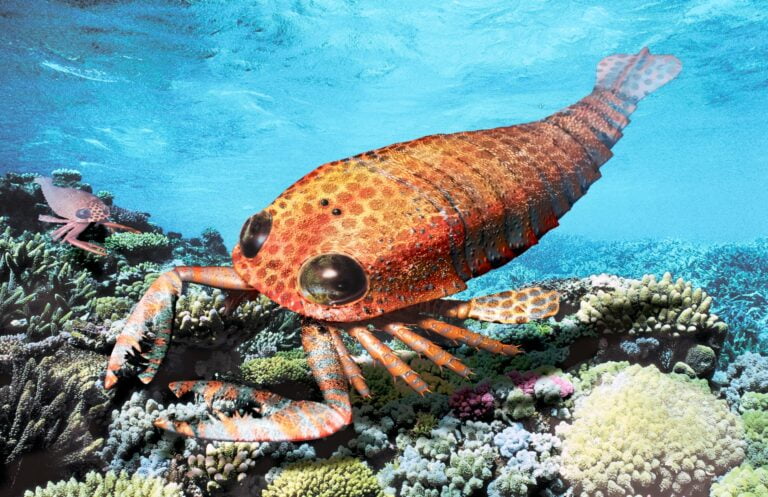 The fossil is being studied by a team led by Andrew Rozefelds, an employee of the Queensland Museum and the local university.

“Based on published datings of volcanic deposits preserved in the Carboniferous, we have established with certainty that the Theodore crustacean lived 252 million years ago,” says Dr. Rosefeld. Careful research allows Woodwardopterus freemanorum to be the latest known crustacean scorpion.

During its lifetime, W. freemanorum was quite large – up to one meter long. Unlike many marine relatives, he lived in freshwater reservoirs.

Shell scorpions in general are a clear example of a gradual transition to life on land. Initially, these animals lived exclusively in the seas, but later they also mastered rivers and lakes. The most desperate sometimes allowed themselves to crawl ashore.

From the new publication it follows that the crustacean scorpions lasted until the Permian extinction, the largest in the history of our planet. The last of them – Woodwardopterus freemanorum – went into oblivion, along with 96 percent of all marine species, only at the turn of the Paleozoic and Mesozoic eras. 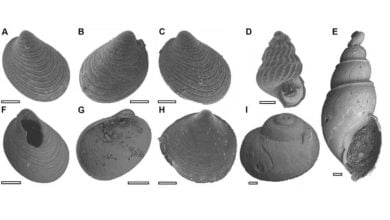