(ORDO NEWS) — One of the key problems we need to solve in order to colonize Mars is to find a way to quickly get to the Red Planet.

In order to find a solution, the research team developed a plan to create a powerful laser that would allow spacecraft to get to Mars always in 45 days, shortening the journey by months.

That a team of researchers at Canada’s McGill University has developed a system that uses a 10-meter laser array on Earth to power a spacecraft in orbit.

The laser will heat the hydrogen plasma in the craft until enough superheated hydrogen gas is produced to send the craft to Mars.

In essence, this approach would allow us to provide “interplanetary thrust” from Earth without worrying about the fuel that needs to be put into orbit along with the ship.

“The laser-thermal engine will allow one tonne to be transported quickly using laser arrays the size of a volleyball court,” said Emmanuel Duplay, lead author of the study.

The team took on this curious concept after NASA challenged engineers to find a way to get a 1,000-kilogram payload to Mars in no more than 45 days. 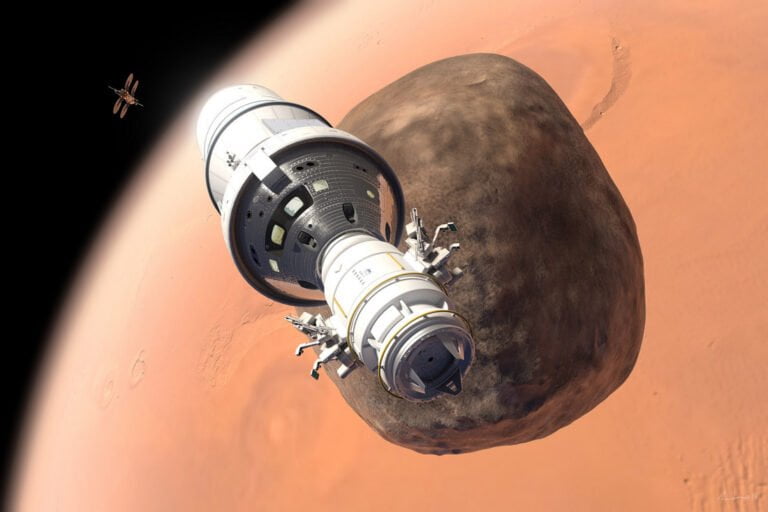 A trip to Mars on traditional chemical-fueled rockets takes about six months, so the laser system, which is detailed in an article in the journal Acta Astronautica , has a distinct advantage.

When a laser-launched craft reaches Mars, it will use the Red Planet’s thin atmosphere for “aerobraking,” a complex and potentially dangerous stunt that will quickly slow the craft down.

A traditional spacecraft would need to turn on the engines that use chemical propellants to stop, which means that for this maneuver it is necessary to take additional fuel with it. Using aerobraking gets around this.

The laser-thermal engine is an exciting and promising project, but it is still at the conceptual stage. So for now, we’ll have to deal with bulky rockets that sometimes explode on the launch pad…