An amazing oversight, considering that this is the largest pyramid on Earth. But how did they not see her? It turns out that she is hidden inside the hill.

On October 12, 1519, the army of the conquistador Hernan Cortes arrived in the city of Cholula. As a result, the city was devastated and many pyramids were looted. Having claimed the rights to many local artifacts, the Spaniards settled in Cholula and began to build their temples.

One of them, called Iglesia de Nuestra Señora de los Remediosa, was erected by the Spaniards without realizing it on top of the Great Pyramid in Cholula. With a height of 66 meters and a width of 450 meters, it is the largest pyramid in the world, almost twice the volume of the Great Pyramid of Giza.

The Cholula Pyramid was built in four major phases, each stylistically unique. Moreover, all this was done without hiding the structures of the past, which, according to some scientists, was a deliberate step – to preserve the history of the building.

As for how the huge pyramid ended up underground, scientists don’t yet know for sure. One theory is that the huge structure was lost through volcanic activity or flooding. Another version is that the Aztecs hid it on purpose, preparing for the arrival of the conquistadors. 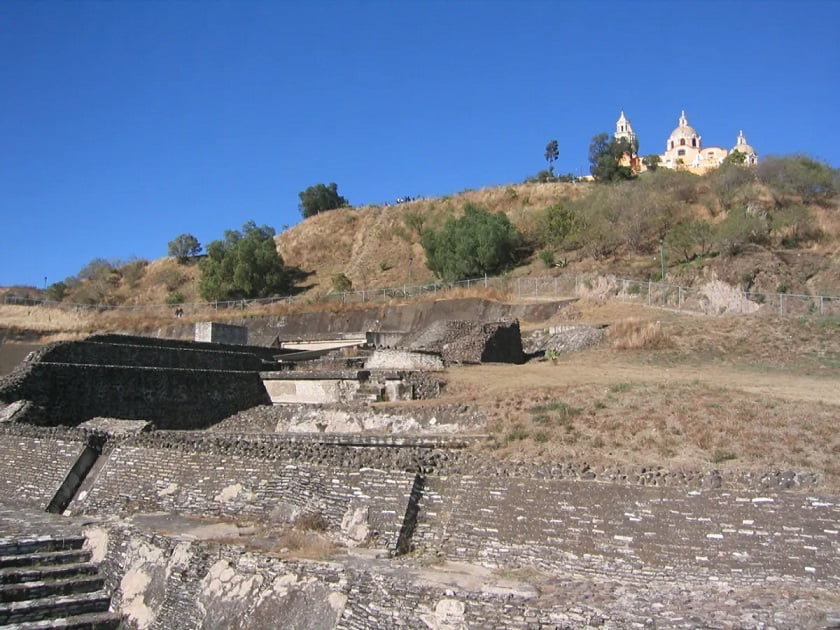 In the 1970s, researchers discovered a network of tunnels with a total length of 8 kilometers, which opened up additional access to the interior of the pyramid and many other levels.

Archaeologist Geoffrey McCafferty estimates that it shows four stages of construction, not counting small additions and buildings that were eventually absorbed by the later stages of the pyramid’s construction.

The location of the pyramid appears to have been carefully chosen in the context of its surroundings, built over a natural spring with an internal chamber that may have acted as an artificial “cave” symbolizing a portal to the underworld. 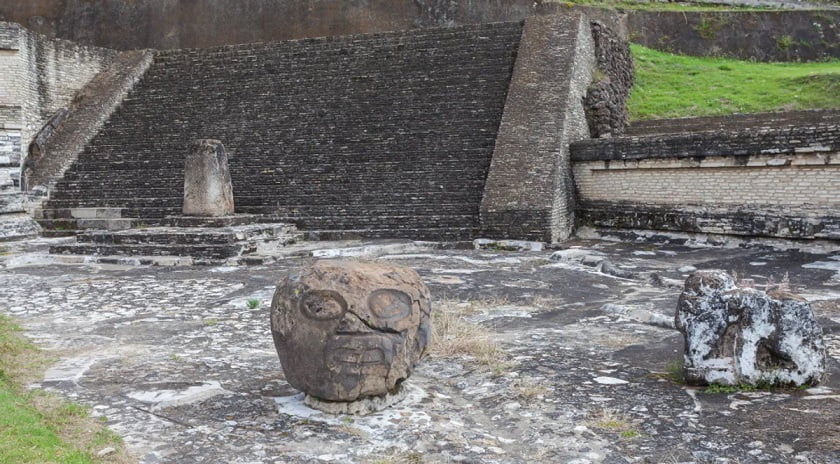 The innermost structure is a square pyramid approximately 17 meters high. Inside, surviving paintings were found showing an insect-like creature captured in vibrant colors, “perhaps a butterfly in the process of metamorphosis,” McCafferty suggested.

This pyramid was surrounded by a second pyramid which extended to a height of 35 meters with steps on all sides, making it accessible from any direction.

On the basis of this structure, several more changes were made, as a result of which the total height of the pyramids reached 66 meters. When the third stage of construction began, the dimensions of the base increased to 350 meters on each side.

Now the pyramid consists of huge platforms located around the central peak, and archaeologists continue to explore it and make amazing discoveries.