(ORDO NEWS) — A giant bacterium found in a Caribbean mangrove swamp is the largest ever found, and scientists now believe they have figured out how it grew to such a huge size.

“In context, it’s like meeting another person the size of Everest,” said California-based marine biologist Jean-Marie Volland, lead author of the study.

The centimeter long T. magnifica was discovered on one of Guadeloupe’s lush, green islands back in 2009. At the time of the discovery, marine biology professor Olivier Gros was looking for bacteria that use sulfur for energy.

However, when he dropped a sample of marsh water into a Petri dish, he saw something very strange. Thin, “vermicelli-like” threads, visible to the naked eye, trailed over the leaves and dirt.

When I saw them, I thought, “Strange,” he said. “At first I thought it was just something curious, some kind of white threads that need to be attached to something in the sediment, for example, to a leaf.”

More than a decade has passed and several researchers have looked into microscopes to study strange little prokaryotes.

The unusual organism was examined using fluorescence, X-rays, electron microscopy and genome sequencing so that scientists could confirm that it is actually a giant single-celled bacterium.

Reporting their results today in the journal Science, the team of scientists has identified several curious mechanisms that may explain how the bulky bacterium pushes the boundaries of what is theoretically possible in terms of size.

Unlike larger multicellular organisms eukaryotes like us, which have membrane-bound organelles like the nucleus in their cells bacteria belong to a group of organisms called prokaryotes, which are traditionally thought of as “undivided enzyme sacs” with no internal membranes separating the genetic material.

T. magnifica breaks this trend by having internal membranes for storing DNA and ribosomes.

The researchers decided to call these tiny bacterial organelles “pepins” (a reference to the small seeds found inside fruits like watermelon or kiwi).

“Because T. magnifica shares its genetic material in membrane-bound organelles, it challenges our understanding of the bacterial cell,” the study authors write.

Because T. magnifica has more internal membranes, it can distribute the protein machines that produce the cells’ energy currency, ATP (adenosine triphosphate).

Other bacteria do not have internal membranes, so the only place where machines that produce ATP (ATP synthase) can be placed is the cell wall that encloses the entire body.

Because this energy is difficult to transport over long distances, this limitation limits the size of most bacterial cells.

Another limitation of most bacteria is that they must be able to double in size in order to split in half in order to reproduce.

Unlike other bacteria, T. magnifica simply cuts off a small part of itself to create a daughter cell, thus overcoming this limitation.

The genome of T. magnifica is much larger than that of other bacteria, at 11,788 genes compared to 3,935 genes for the average prokaryote.

Genetic analysis has revealed a set of genes for sulfur oxidation and carbon fixation, suggesting that T. magnifica relies on chemoautotrophy (it obtains energy from the oxidation of chemicals).

Although “confirmation bias related to the size of the virus has hampered the discovery of giant viruses for over a century,” there may be other giant bacteria “lurking in plain sight,” the authors concluded.

Mysterious desert bacterium has developed a unique ability for photosynthesis

Mysterious desert bacterium has developed a unique ability for photosynthesis 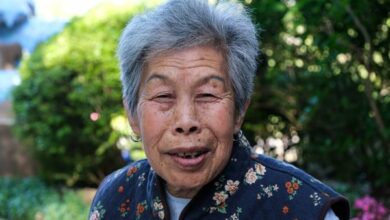 Biologists discover ‘antioxidant’ bacterium in the guts of Chinese centenarians