(ORDO NEWS) — At a time when the Earth was inhabited exclusively by single-celled organisms, the largest asteroid ever to fall on our planet “landed” near what is now Johannesburg (South Africa), forming the Vredefort crater.

The team used a special impact physics program called Euler’s Simplified Arbitrary Langrangian (iSALE) to calculate the size of the asteroid that created the Vredefort crater.

They found that according to the initial estimate of the asteroid’s diameter, the size of the crater would have been 172 kilometers. To get the actual figure of 250-280 kilometers, the impactor had to be much larger. 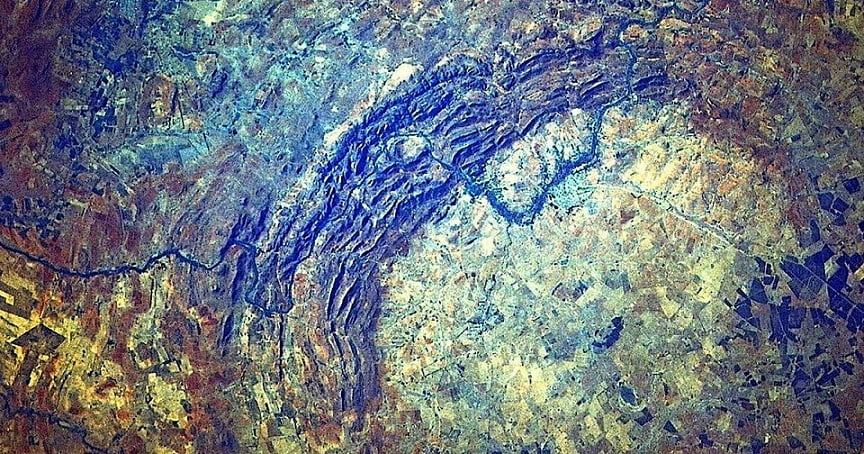 To understand what effect this object could have had on the planet, just look at the consequences of an asteroid collision in a place called Chicxulub.

The Chicxulub Crater , the cause of the mass extinction of dinosaurs, left behind a ten-kilometer asteroid that wiped out 75 percent of the plant and animal species on Earth 66 million years ago.

Fortunately for all living beings, about 2 billion years ago there were not so few of them. Although it did not cause a mass extinction, it is believed that the impact of the Vredefort would have had a greater impact on the global climate than the impact of Chicxulub.

Impacts of this size are of great importance in understanding the geographic location of the Earth 2 billion years ago.

According to their estimates, at the time of the collision, the distance between the two landmasses was about 2000-2500 kilometers from each other.

This study helps us better understand what the planet looked like 2 billion years ago, and the information gathered from impacts with objects of this size allows us to assess the possible consequences of other large planetary collisions.