(ORDO NEWS) — In October 2009, a team of archaeologists from the Pacopampa Archaeological Project, led by renowned Japanese archaeologist Yuji Seki, discovered a 6.8-foot-long tomb whose remains date back to approximately 900 BC.

Pacopampa is an archaeological site located in the northern highlands of Peru, 1 km from a small population center of the same name, in the Querokoto region, in the province of Chota, in the department of Cajamarca.

Archaeologists from California State University San Marcos and the Japanese Archaeological Mission, led by Yuji Seki, collaborated on this find.

This archaeological project was formed in 2005 through an agreement between the National Museum of Ethnology in Osaka, Japan, and the National University of San Marcos, Peru.

The team consisted of a group of Japanese researchers and experts who analyzed various materials found, such as human bones, ceramics, animal bones, minerals, metals and stone artifacts. 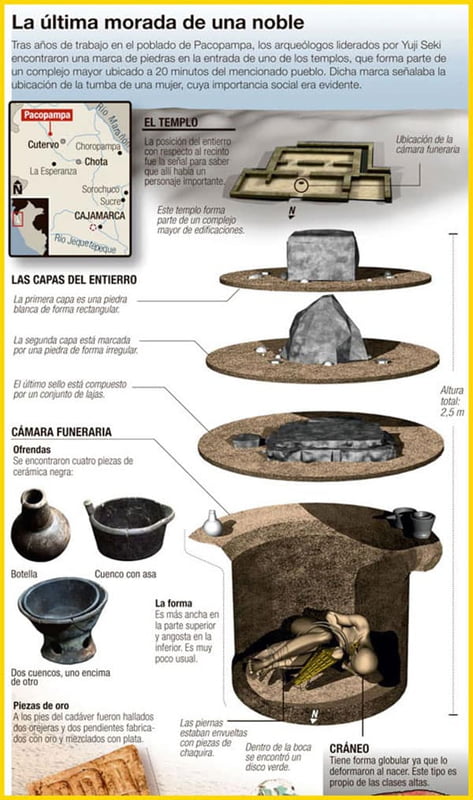 This 3,000-year-old tomb belonged to a courageous woman who was born on the highest terraces of Cerro San Pedro (now located in the province of Cajamarca in the city of Chota), which is a new historical passage from a distant historical period. Interestingly, the city where this site was located, known as the archaeological site of San Pedro de Pacopampa, celebrated the birth of a healthy girl who was destined to become a powerful leader.

When archaeologist Yuji Seki and his team discovered the tomb of this elite member at the Pacopampa archaeological site, they also found a very important detail that sheds new light on what the formative (or neo-Indic) period was like.

For archaeologists, the process of excavating the burial context was very difficult. In those days of hard work, Yuji Seki noticed a very important detail that could confirm the hypothesis he put forward five years ago, when he first began his research in this region of the northern highlands of Peru. These studies were scientifically supported by the physical anthropologists Kazuhiro Uzawa and Tomohito Nagaoka.

Seki discovered that the remains of the Lady Pacopampa had a deformity at the back of the skull, as well as other mysterious elements, including a blue substance (possibly of mineral origin) that was smeared on her remains along with cinnabar, as was the custom at the time to bury the rulers of ancient Peru. .

According to anthropologist Kazuhiro Uzawa, the cranial deformity of the Pakopampa Lady may have been a decision taken by her guardians. To achieve the deformation of the skull, splints were placed on the back of her head from birth.

The Japanese scientist notes that this process of deformation of the skull began when she was three years old. The conclusions made by Japanese anthropologists confirmed the hypothesis of Yuji Seki, which prompted him to investigate the development of political power during that period in ancient Peru.

The discovery of the remains of the Lady of Pacopampa provides new insight and shows the existence of elite groups in the nascent society that was developing at that time.

Yuji Seki confirmed that during the excavations, his hypothesis was constantly spinning in his head, and when the amazing tomb of this ancient woman appeared, it served as confirmation of what he had always adhered to. The Japanese researcher is fully convinced that the newly born girl had a certain destiny, and she became a reality when she grew up.

The first clue to the existence of this tomb was the appearance of an unusual stone in the center of the main platform of the archaeological complex of San Pedro de Pacopampa. 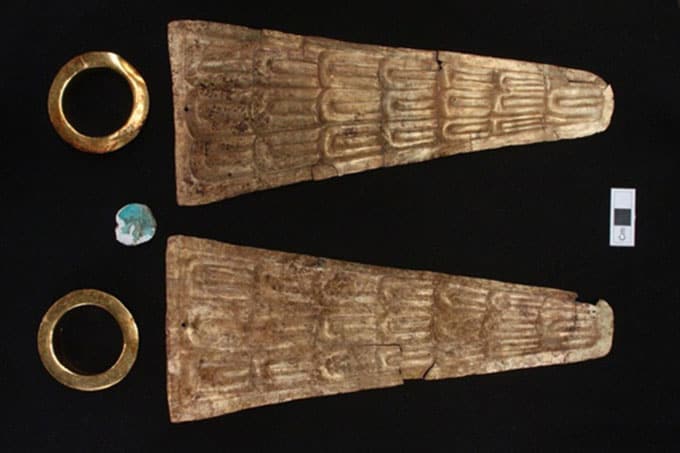 The ancient ruler, who had great political or religious power, wore two earrings made of gold, each about 25 cm long. They hung from two earplugs of the same material that were inserted into her earlobes.

Other stone ornaments and a necklace of beads made from shells of mollusks were found in her tomb, which testifies to the trade exchange that existed at that time at Pacopampa with the peoples of the coast. The bracelet on the woman’s right leg also completed the burial set. 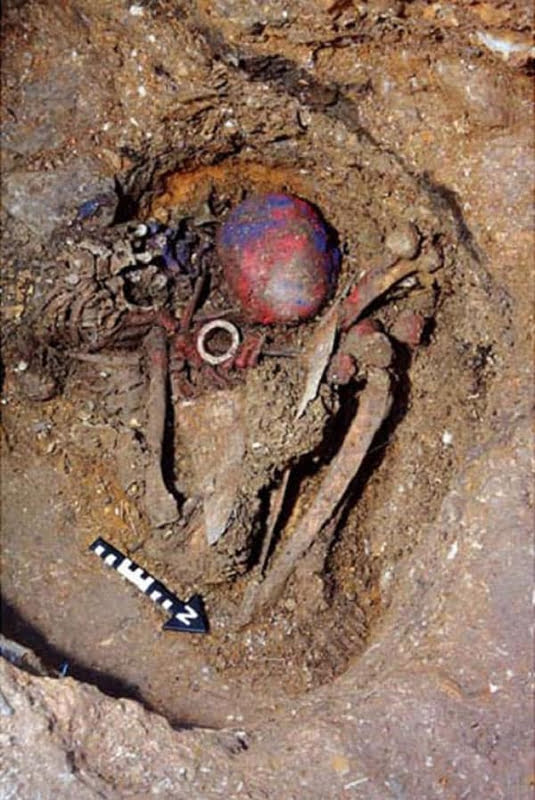 Offerings were found with her remains, including a small bottle with a long neck, a flat base and a spherical body, a dessert dish with holes in the base of the pedestal, through which air enters to maintain combustion, a bowl decorated with lines and circles, a bowl with a flat base, which was found on a dessert platter, as well as the remains of charcoal and ash, indicating that some kind of ritual or ceremony was carried out a few minutes before the burial.

The remains of the “Lady of Pacopampa” became one of the most important discoveries of the archaeological project of Pacopampa. She was an Andean woman between the ages of 25 and 45. Her height was 155 cm.

Scientists consider her the tallest woman for her time, since in other burials found in Cajamarca, the average height of women is 1.45 m, and men – 1.50 m. There is evidence indicating that her remains were buried before the construction of the ceremonial temple, lying on her left side and in a crouched position.

Yuuji Seki could not tell if Lady Pakopampa was a queen or a leader, or if she was some sort of advisor whose wisdom and power lay in the religious nature of their actions. In his opinion, she could be a priestess who dominates the supernatural world and has a strong influence on ideology. 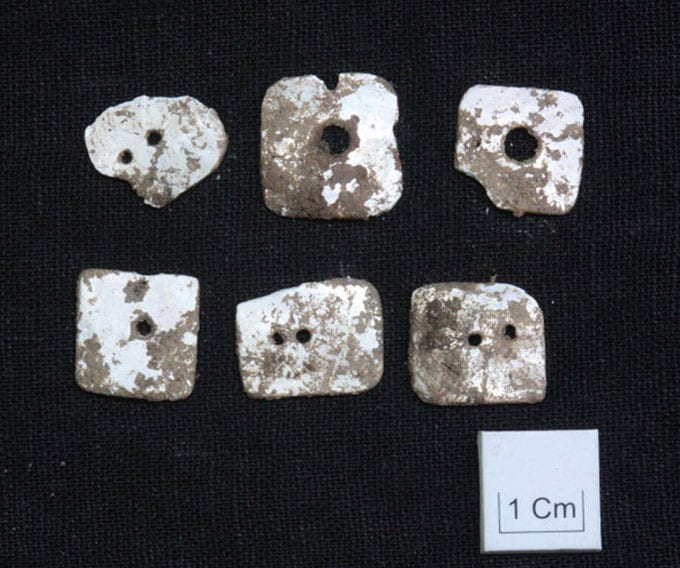 Scholars have argued that this find shares many similarities with the sumptuous tombs found at Kuntur Wasi in Peru’s Andean highlands, such as the use of gold, the sitting position of the corpses, and the red pigments covering the bodies. These similarities confirm the social changes that took place in the region in the ninth century.

However, there was an important difference between the two objects.

At Pacopampa, evidence has been found of heavy use of copper objects, which was not seen elsewhere in the Cajamarca region. Researchers have confirmed that there is a deposit of this mineral in this region that has been exploited for at least 3,000 years, and that there is a possibility that it was the power base of the ruling classes of this ancient society.